After several weeks we've got a separate Weekday Puzzle. First you need to help a small frog in cassovary's world which is being flooded after a huge rainstorm (and the water is still rising). MrNannings's puzzler is again very well done in all aspects and since the difficulty is reasonable and controlling simple, it's a perfect relax game. From Neil Saddie (Sadie Brothers) comes grim chess game with really original concept, and also a soothing game about reclaiming land from the sea and growing as much tulips as possible there.. 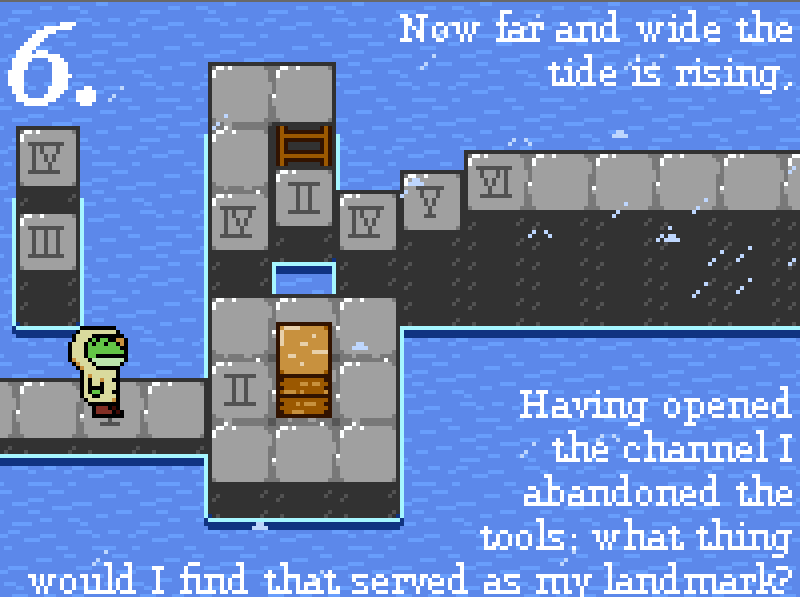 A small frog in its small raincoat and rubber boots is trying to find its way in a flooded world across an archipelago of tiny islands. Luckily, here and there are boxes which can be pushed around and turned into pontoons between the islands since our little green hero can't jump...and the water is rising so quickly! Cassovary's puzzler is cute and clever and fun to play - can you help the frog before it's too late?

Controlled by Arrow keys, R to reset a level, Z to undo a move.

MrNannings is back with a lovely puzzle game, not too difficult, not boring and very well done. Each level is a small island and to clear it, you need to get to a shining golden star. Your protagonist is restlessly walking around bumping to plain wooden crates and colorful cubes, and the cubes have a special feature. They can be "switched off" (and then "turned on"). This way you manage the route of your protagonist.
Controlled by a mouse, 30 levels, autosave. 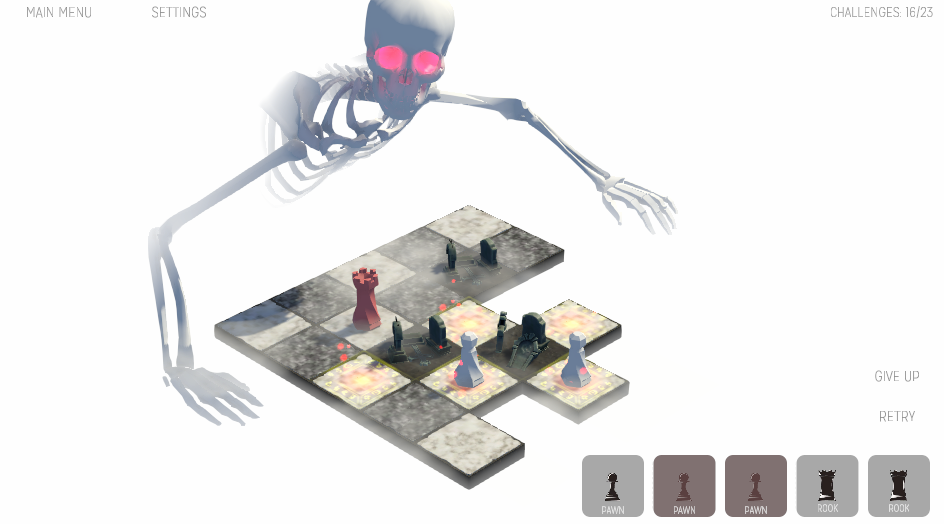 From Neil Saddie (Sadie Brothers) we've got a chess game and a good one. The Day came when you face The Death and you try to bargain...after inevitable questions like "Why me?" and "Why now?" via "There must be some mistake! Would you check, please?" until "No way! I'm not leaving with you!" you accept the situation. Your last attempt to avoid it is a chess game with special rules, and The Death would willingly explain them...maybe too willingly.
Controlled by a mouse, autosave - on my pc doesn't work well though.

P.S. Here are older chess themed games published in last years which you may have overlooked or forgot: small chess toys (Chessformer, Queen's Quadrille and King for a Knight) and big games (Chesscourt and Knight-errant) 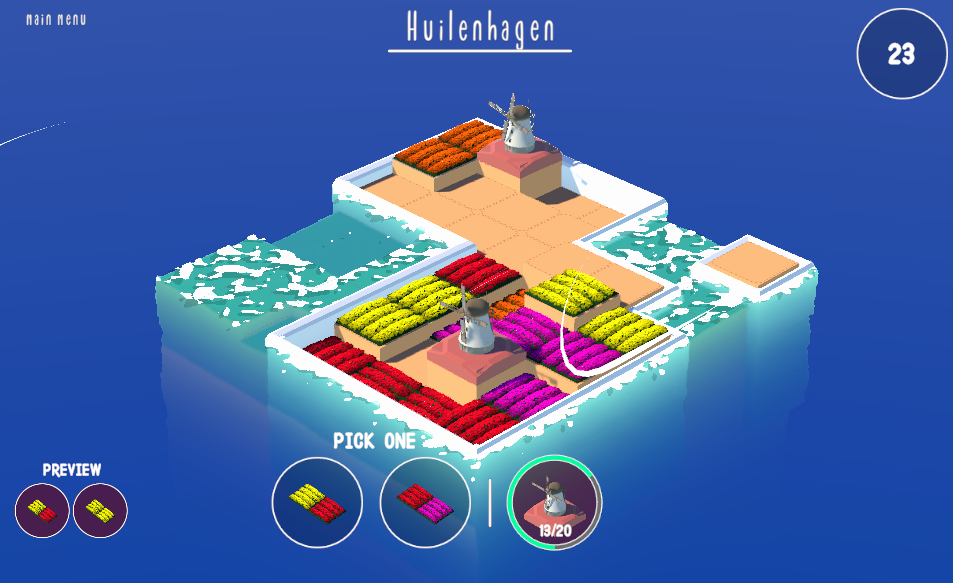 An older game by Neil Saddie (Sadie Brothers) is soothing and purely relaxing slow puzzler where you need to place windmills to drain the water and provide more land for tulip fields.
Controlled by a mouse.