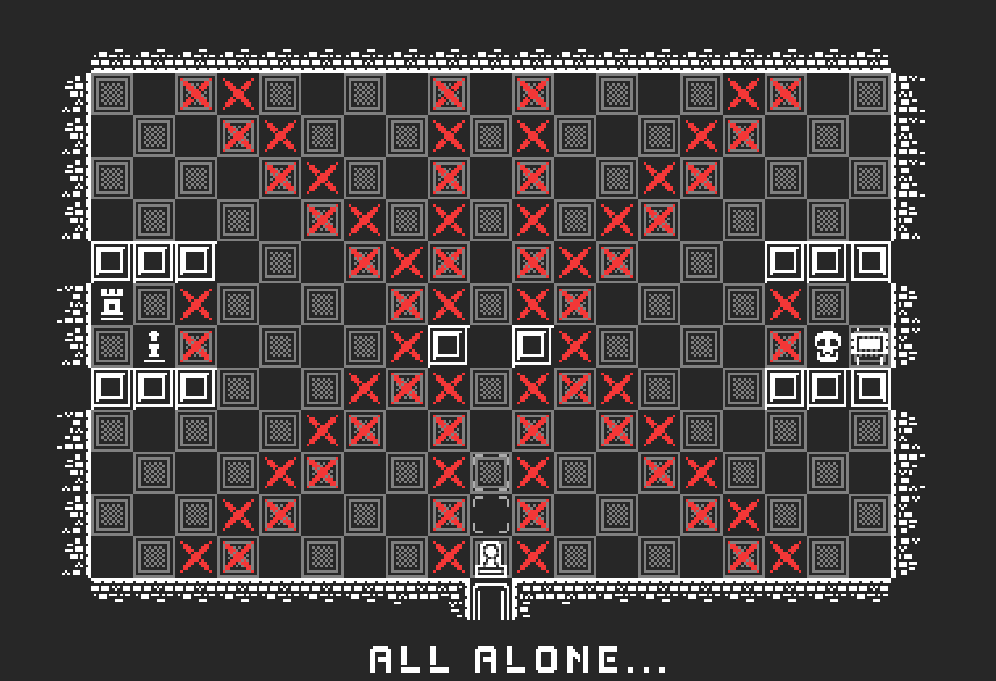 There is a problem (again) in the Chess Kingdom. His Majesty White King got lost in a series of vast and dangerous dungeons - probably tried to get some wine for dinner - and now he's not able to find his way out and take care of ruling. His Majesty Black King stated They aren't involved in the issue.

Lovely logic chess game was created by Ethan Medeiros and it is 20+ levels (plus hidden bonus levels) puzzle game spin with the controls and characters from the arcade classic known as "Chess". 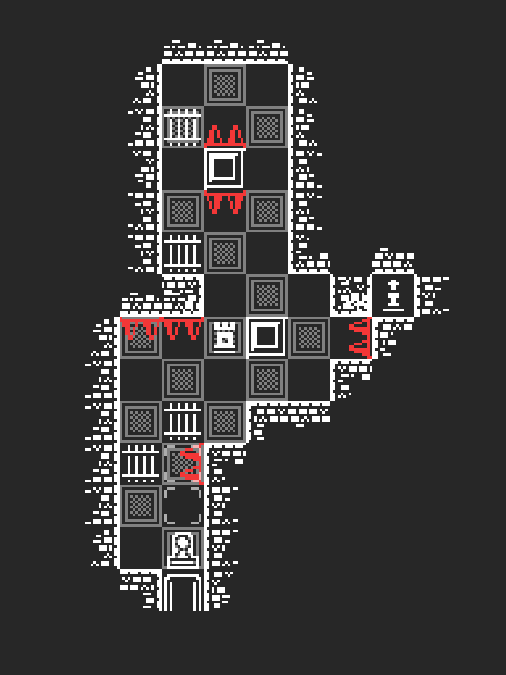 At the beginning of each level you are a mere Pawn with responsibility (almost) surpassing him but in more complicated levels you get help of Tower, Bishop or Knight, and sometimes, under certain conditions - chess players know - you turn into powerful Queen! All chess pieces move as in a real chess game and the game indicates their moves. You can play with one chess piece at one time and to swap between two pieces they need to be be in contact - and the game lets you know whether the swap is possible. Your goal in each level is to get nearby White King, usually brooding in some niche or corner of dark dungeon, and by swaping set him free. He's able to escape on his own then. 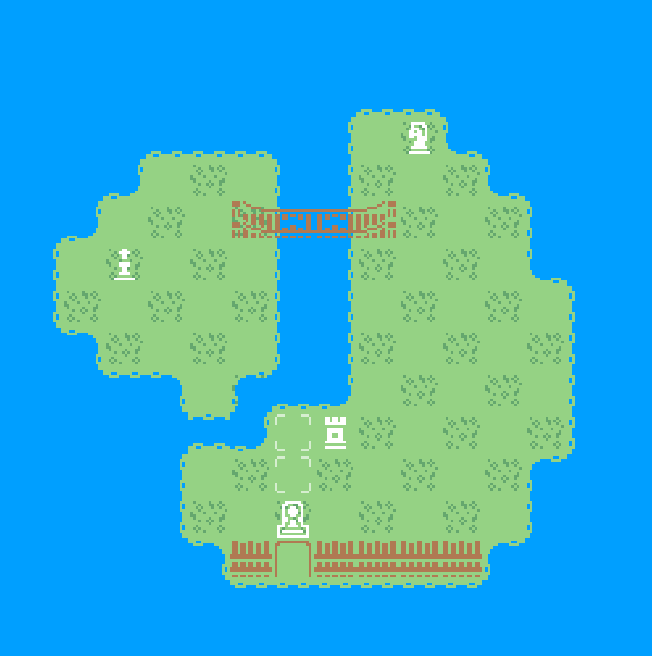 The game has nice retro looks and undisturbing enjoyable tune, and isn't stereotypical - levels in the game's second half are situated at rather angular fresh green islands and new sorts of barriers and puzzles occur. And later on in the most dangerous missions you need to avoid lava streams! If you play in Widows, the whole game is controlled by mouse only. The game has autosave. Under the game screen you find download button to get access to more files.

P.S Do you remember Knight-errant from the last year? Enjoyable!

Have a good time with another great puzzle game!

989 Views
0 Comments
chrpa— Jayisgames really needs your help to continue providing quality content. Click for details At the first sight, Platfoban by adgard seems like a regular platformer - a dungeon, a guy impatiently hopping on spot in one corner of the game...  ...

1,919 Views
2 Comments
chrpa— Jayisgames really needs your help to continue providing quality content. Click for details The second Weekday Puzzle is here! Puzzle games at the beginning are shorter and easier, the last not so much. Taka wants you to open many...  ...

1,751 Views
7 Comments
chrpa— Jayisgames really needs your help to continue providing quality content. Click for details Another week is over and a new Weekday Escape arrived! This week we have another opportunity to enjoy highbman's style of creating. After them comes Migiula's...  ...

1,092 Views
0 Comments
chrpa— Jayisgames really needs your help to continue providing quality content. Click for detailsWe are extremely happy to announce our PC Games Tuesday Beautiful handrawn Hexplore by ThePeterson takes you to the middle of a colorful and magic jungle! Don't miss!...  ...