Welcome to PC Tuesday - this week presents chess puzzler King for a Knight by Chase of Bass!

It's time to return to the Chess Kingdom. The times are restless - the last of the Great Knights fell into their trap. Upon capture, they believed they can reuse the Knight against the king. The Great Knight isn't called 'great' for nothing, though, he is the heavyweight knight and he isn't afraid to use his strength.

Have a good time with another puzzler! 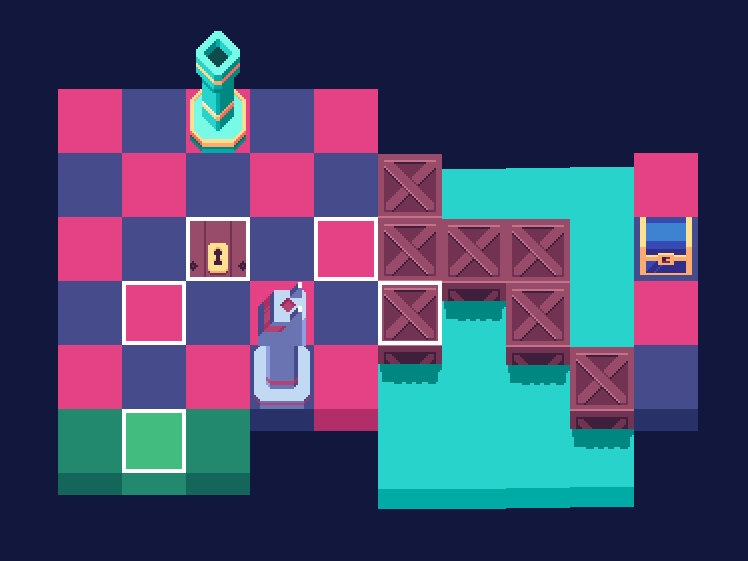 In the combination of chess and dungeon puzzler by Chase of Bass you need strategic thinking too. On his way through dungeons, the Knight meets many chess pieces - they are from the enemy's units - and has to avoid them... or destroy. All chess pieces move as in the real chess and the game helpfully shows you the squares which are accessible both for your Knight and the minions.
To leave a dungeon cell, you need a gate key and it's locked in a chest. You don't have patience and time for subtle work - you're on the run from deep prison cell after all - so your knigth just crushes the chest in one mighty jump (if you guide him correctly). To open the door you do the same. When you get the key and manage not to be defeated by some of minions jump on the door and it opens. Pretty straightforward tactics - and effective!

Puzzler King for a Knight has hight playability - it's clever, swift, with polished graphics and good soundtrack. Controlled by a mouse only and notice that it doesn't have autosave. Restart button in the upper right corner.

Play King for a Knight