Kultisti is back in a short time indeed - this time you need to help to his skeleton magician. Toombler's puzzler plays with gravity in an original way, and in Kejoku's one you try to get together a swarm which fell apart and now helplessly moves around trying to unite. Bonus game is by Joqlepecheur, and as previous puzzlers in this WP, brings fresh approach to the genre.

Kultisti's magical skull is safely at home now - I don't now how yours but mine is for sure - and it's time to help to the skeleton magician who got trapped in the magical realm. What's worse, they are late for their very own magical show and need your help to find a way out of there. Around the dark magical realm are scattered small islands of matter and the magician can jump from one to another - however, there are too big gapes between some of them and the magician can't jump so far here. Luckily, he can perform a magic and move objects to create a bridge or more conveniently placed island.
Again we got pleasant and relaxing puzzle platformer, not demanding on jumping skills with well balanced difficulty.
Controlled by WASD/Arrow keys and Space bar, action J/K/Z/X, autosave, 20 nice levels. 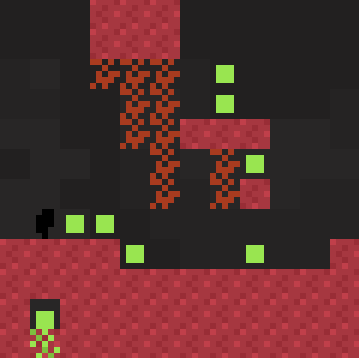 A short puzzlescripter by Toombler was made for Lowrezjam (the theme 'Gravity is the enemy') and it's more fun than expected. Good puzzles make good use of the mechanics.
Controlled by Arrow keys, R to restart, X to action, Z to undo, no autosave. 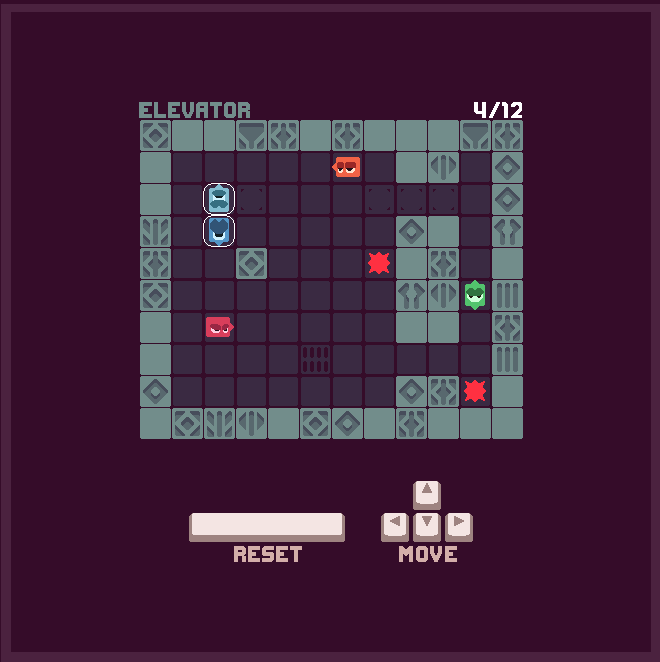 Kejoku's puzzler isn't long but has an interesting concept. A swarm has been separated and unfortunately, moves of its parts are rather chaotic. They can't move in all four directions, and each piece has a different track. Your goal is to unite them, of course, and avoid danger.
Controlled by Arrow keys, Space bar to reset, 12 levels, no autosave. 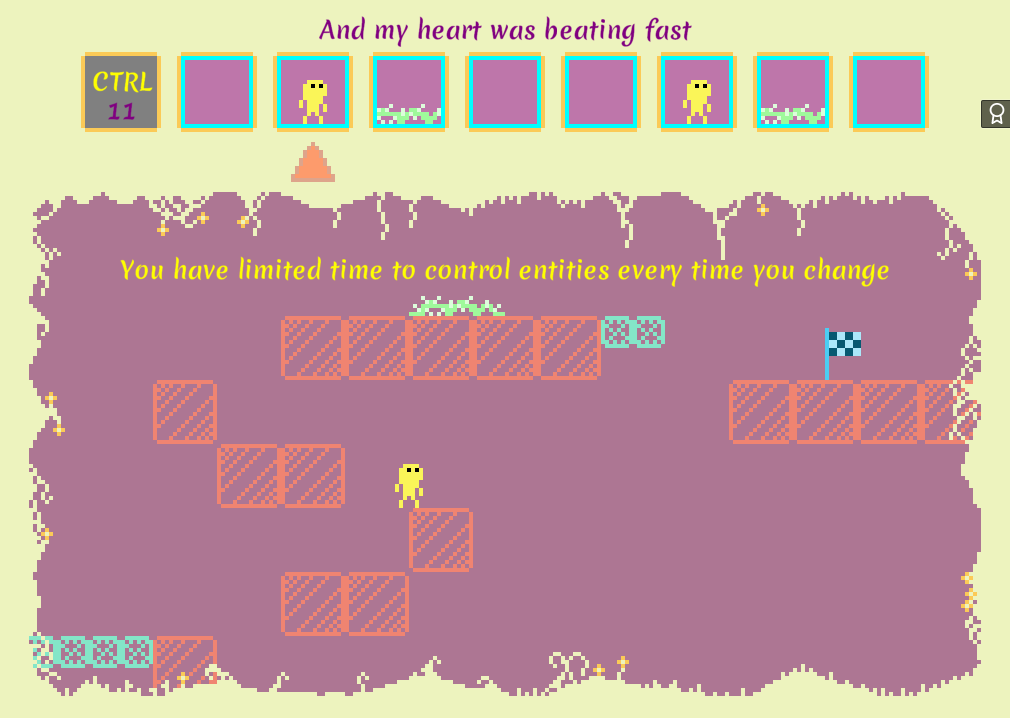 Bonus game: Joqlepecheur's game I began to lose CTRL was made for a jam too, and it seems very simple. It's not. It's clever and pleasant, and its players need to think about moves in each level carefully. Fisrt levels are tutorial where you learn basic rules and most of all, about CTRL key which role is crucial for successful getting through.
Controlled by WASD/Arrow keys and Space bar, and left or right CTRL to move control cursor - beware, you have a limited number of CTRL presses per level, R to restart, 15 levels, no autosave

P.S. If you missed Joqlepecheur's excellent game Detective GUI, give it a chance - it's one of the best this year!