Two holidayish state escapes by Selfdefiant are lazy and simple, and then comes Coconuts Park with another episode from Booca in the Southern Island series. From Tatsuyama we've got magical escape where you need to make several potions to set yourself free. The latest dark game by Kultisti is an action game, and not an easy one. The last comes ice sliding puzzle game by Hypermum from a medieval castle infested with jellyfish.

The next two state escapes by Selfdefiant take us to Oklahoma and Oregon, and both are as holidayish as possible - a zoo, beach volleyball, diving, sand castles etc. In the first one you need to get a picture of penguin to get a ride and in the second one is your fare a clam.
The cursor isn't changing, autosave, one ending. 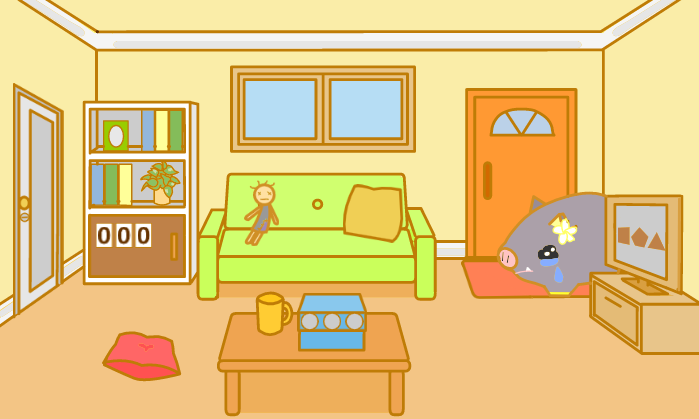 Cousin Ahab stayed for a visit and his teeth started hurting. Poor guy. Can you find something to relieve his pain? Coconuts Park is back with a remake of another episode of their series. It's lovely.
The cursor is changing, no save option, one ending.

In the cute game by Tatsuyama you find yourself in a witch hut. Luckily, its owner isn't here and so you have enough time to look around and try to escape - and you get two options how to do that with a help of magical potions. To make them isn't difficult, you just need to find book(s) with magical recipes. Who knows what would have happened if she returned and you were still there?
The cursor isn't changing, no save option, two endings.

P.S. Tatsuyama's previous game was published recently in WE N°335. 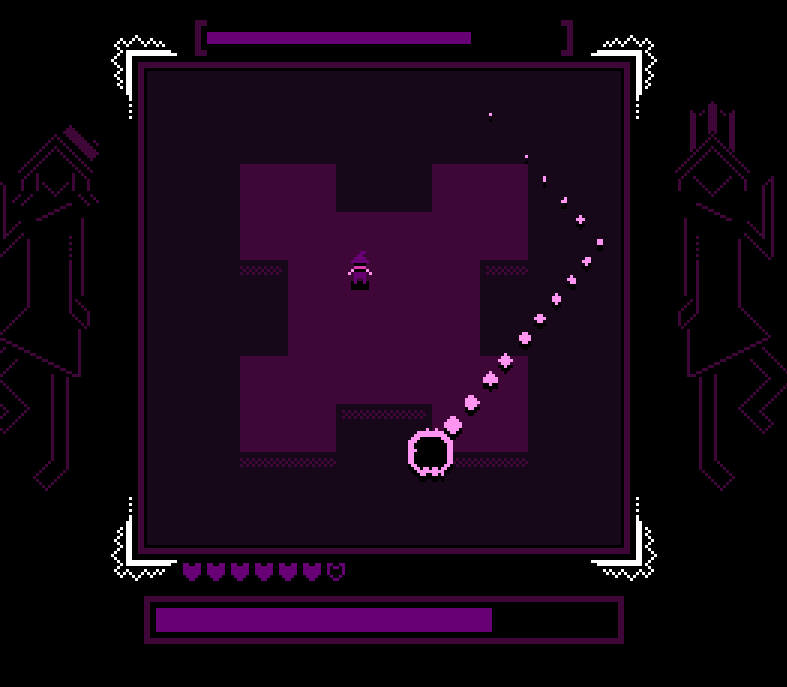 The latest game by Kultisti is an action game and to clear a level, you need to hit a curseball before it hits you. The ball's moves are rather quick and unpredictable and to avoid it and not to fall down from a platform, you need to be pretty nimble.
Controlled by WASD/Arrow keys, Space bar to jump. You can change colors of the game! 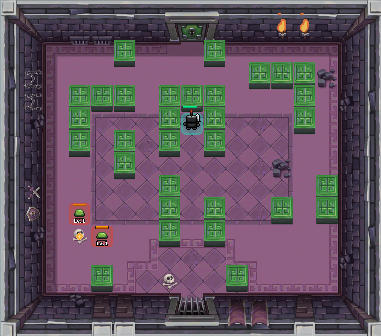 For a straightforward ice sliding puzzle game, this one by Hypermum is surprisingly atmospheric and fun. You are a knight, and you are supposed to pass 30 rooms in a row. In each room are jellyfish which can shoot and hurt you, but if you smash them you are rewarded by a key from an exit door or a chest with an upgrade option. The game has a time limit.
Controlled by WASD/Arrow keys, no save option.

P.S. In Weekday Puzzle N°53 was published another game by the same dev.

These Coconut Park games are killing me. Breaks your heart to see those poor animals in tears!

Escape Potion Room was nice—not very hard. If you're not sure where to use that second potion:

The potion needs to be applied to the mousehole in the door.

The game will then show you drinking the potion (in first person, of course) and shrinking to mouse size.

I am getting an SSL error on Bocca. In fact I am getting it on all links to minigames.squares.net
I've tried various browsers - same problem. Ditto with antivirus suspended.

Is it just me?

Might just be you, DeeBee. The certificate is valid, and does appear to be implemented on their site properly.

They still support both versions of the HTTP protocol, so try using the older unsecured HTTP and see if that works for you.  🙂

1,021 Views
1 Comment
chrpa— Jayisgames needs your help to continue providing quality content. Click for details Welcome to Mobile Monday! Nicolet is back with everyday story from their world inhabited exclusively by rodents (and little cute birds). After a while is a new...  ...

Got an Xbox Game Pass Subscription? Here's How to Get it Cheaper

655 Views
0 Comments
jayisgames.com— Did you know that there's a way to get an Xbox Game Pass subscription at a reduced price? We're not talking about introductory offers here. We're talking about paying less, every month, for access to a whole library of awesome...  ...