In xalezar's puzzler you start in a fairytale land with Jack trying to climb a bean stalk. Then in Thomas K. Young's platformer you need to help to Daddy Radish with gathering kids running up and down the whole office building before anything happens. The last is mathematical game by Hypermum in which you're supposed to stay positive. Can you? 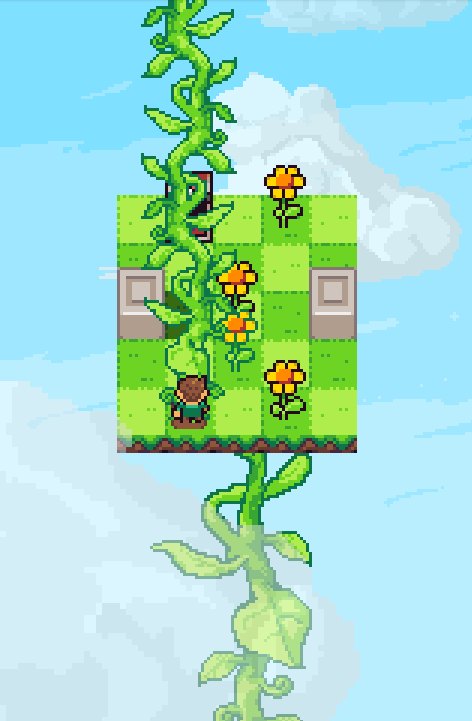 In xalezar's puzzler you join Jack and guide him as he climbs never-ending bean stalk. To interact with flowers/chests/unfirendly blobs he jumps over them, and you need to carefully figure out his moves to clear a level. Basically pushing boxes around with cute retro graphics and adventurous soundtrack.
Controlled by Arrow keys, R to restart a level, autosave.

Daddy Radish was working in his office when suddenly a colorful tornado swept past him. In a second he realised that the tornado were his kids - and that he needed to find them as soon as possible. Cute platformer by Thomas K. Young is joy and fun, and about jumping around. Cute.
Controlled by AD/Arrow keys, Space to jump, 10 levels, autosave.

P.S. Here is the prequel Dadish. 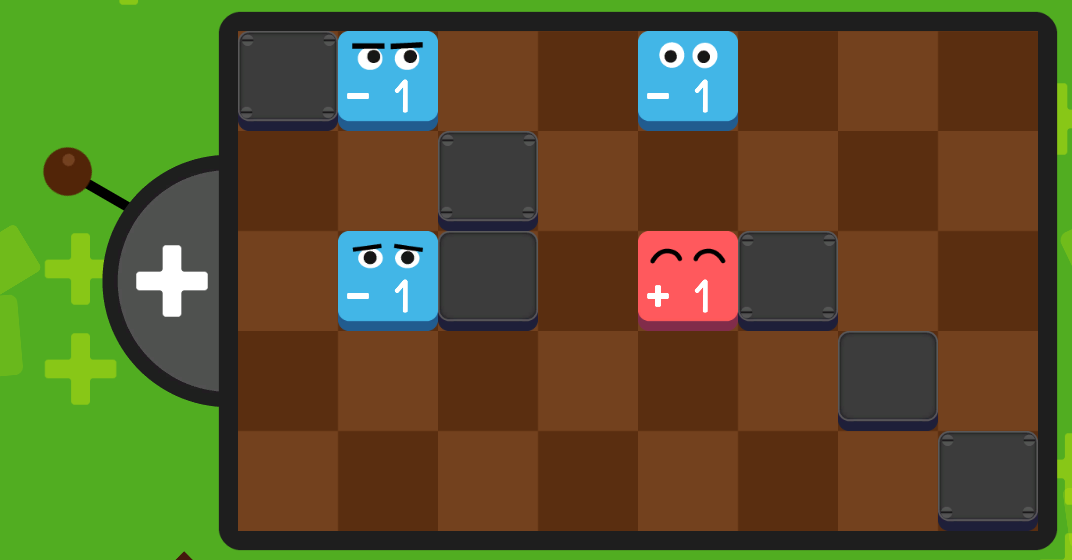 A nice mathematical game by Hypermum wants you be positive...and that's not easy being surrounded by negative numbers! In each level you get minus and plus digits, and they merge when they touch, multiplied or added depending on the sign on the right side of the game board. The sign can be changed and you need to plan each level to clear it. Can you stay positive?
Controlled by WASD/Arrow keys, Space bar to change an addition/times sign, 16 levels, autosave.

nymble is VERY fun and refreshing! each element is unique and can build off of each other endlessly to make new challenges