Welcome to the newest Weekday Escape!

At the beginning we have a double post by Selfdefiant, escapes from Minnesota and Louisiana - I'm posting the games in the order they were released, Mississippi etc. are coming later. The escapes are followed by extra short (but nice) escape by Dice. Then comes a gem by Tatsuyama, an escape which is a joy to play, resembling games which many fans miss so much. The last comes tomoLaSiDo with traditional April Fool's Day game.

First you find yourself high in mountains in Minnesota, and you're supposed to escape on your own. No vehicle this time. The sign on the starting screen says that you need a snowboard, boots and googles - so look around and try to open boxes lying around. Hopefully someone hid these things in them.
Then you end up in Louisiana - don't worry, Selfdefiant didn't skip Mississippi, Missouri etc., from some reason, Lousiana got ahead of them - and you can escape it only if you find three crates of shrimp. One of them you have to buy, and unfortunately, money doesn't lie around loose in Louisiana (as we experienced in another states).
The cursor isn't changing, autosave, one ending.

Escape from a Futuristic Room

This escape by Dice is the shortest one I've ever played probably, and I thing that writing about it takes more time than playing it...it's nice, but there is literally one puzzle to solve.
The cursor isn't changing, no save option, one ending.

Tatsuyama's escape reminds a lot of old escape games - it's clever, playful and atmospheric. It keeps players curious and hooked - unfortunately, not for a long time. That's the kind of game I miss so much - wish it was much longer. What a sweet game!
The cursor isn't changing, no save option, one ending. 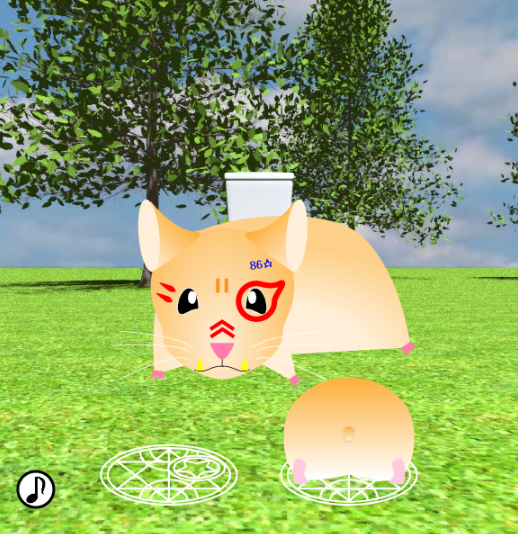 A year is over and tomoLaSiDo released their April Fool's Day game. It's weird but no wonder - all predecessors were strange (WE N°291, WE N°252) and after all, what would you expect from tomoLaSiDo...even their normal escapes tend to be different from other devs' escapes. At first glance the game seems to have a different concept but don't worry. Except from the starting scene from a bird's eye view everything is as usual - you need to collect six capsules with key parts and also liberate a hamster (not the one you're following).
The cursor isn't changing, autosave, one ending.

Yay, browser games are back!  😁

In Strange Gallery Escape, is there a clue which explains the buttons on the wall panel?

I found the note in the locked drawer which gives you the button press order, but what on earth would reveal that the 1 is in the bottom position? I eventually figured it out, but I would have expected that 1 was the right position, 2 at bottom, and 3 at left.

Escape Challenge 158 was quite strange, but with tomoLaSiDo, anything goes. That one scene looked like a hamster cult!

One clue in particular should not be overthought:

The clue revealed in the doghouse (hamster house?) should be taken at face value.

Those three yellow dots are the exact solution for one of the locks.

I didn't find a clue for the panel either but its quick to brute force it.

same for me - no clue in the game that i could find.
my thinking for the order was:

I think I got something out of order.

I used the unlit torch on the fire.

and got the 4 digit number.

but now I can't pick up the torch.

I cheated and checked a video walk through and somehow they still have the torch in their inventory. The only thing I did different is that I solved the 4 digit puzzle before they did. I also have not seen the clue for the pink, yellow, cyan puzzle. I have all the key pieces so I can leave but I don't want to leave before solving all the puzzles and getting the coin.

I'm kind of frustrated with this one.

I started over. I think I was getting the fires mixed up. There is the one under the grill already lit.

Then you get the unlit torch from the trash can. Light it from fire under grill. Then you light the wood under the rotisserie thing and get the 4 digit number.

Now there are two fires and it is the fire under the grill that you use the water on.

i dont think you need the torch after you've lit the fire under the ... meat thingy(?) to get the 4-digit clue.

for the coin, you need something else ...

where in this weird and wonderful world would you need a bucket of water, maybe?
a maybe not-so-subtle hint ...

you can use the bucket of water to put out the fire where you first lit the torch... i think can work only after you have used the cloth for something else.

I'm not sure but I think the directional puzzle is different for each game. The hint given here doesn't work for me and neither does the video walk through.

How have any of you figured this out?

I think maybe the

piece of paper that I got from solving something else, has the following numbers:

I thought this might be the clue but it isn't. It is the same clue for everyone. It has 5 digits and the puzzle only requires 4 clicks. Yet the video walk through and the hint given here are two different solutions.

If the solution is different for each game, I'm done.

Is anyone else running into problems with Self Defiant games? The site loads with ads and such but not the game. I tried it with Firefox and Edge.

the code doesn't change from game to game.
and you're right in thinking that's the code for the

directional puzzle. however, the only help they give you is where the zero is. the correct order is

The clue is a rectangle outline and 3->2->0->1->1
The outline is supposed to represent a picture.
The buttons show zero is up (forward), and that wall has no pictures. The one on the left has 3, right has 2, and the wall behind has 1 (at least, for me). So it's

left right up down down.

they both loaded with Chrome for me, with AdBlock on.

What a delightful game. It had some very different puzzles. The directional one threw me for a while. Thanks for all the help here.

Just in case someone else has problems with the Self Defiant games loading, they are also located at Hooda Math website. All of the state games are there and work in my browser.

Strange Gallery really is kind of an old-school escape. Except for the directionals, it's intuitive and magical. Once I really thought about the NSEW puzzle though, I understood -- had to tweak my brain a little. Well done! Too short!

I have no problem with the Self Defiant games, but I have all those annoying IFRAMEs blocked on the Hooda Math site so that nothing but the game frame loads. Their site might be having some issues, though—these two games did seem to take forever to start loading.

Ah, now that makes better sense. That wall panel seemed such an obvious solution, but apparently there was more to it than I thought!

Yeah, once you get the clue from the

(But curiously, if you try to interact with it again, the fire stops moving.  🤔)

For Strange Gallery, I found the hints for A and B, but not C. Had to BF it.

the hint for C was well hidden ...

behind the right edge of the sky / sun / clouds painting

Ah! Thanks stuck! I had to go back to see it for myself and couldn't actually see it unless my screen was tilted just right! Would've driven me nuts if I couldn't BF. Still, I did look around a lot before resorting to that.

5,360 Views
3 Comments
chrpa— Jayisgames needs your help to continue providing quality content. Click for details In a popular Neat Escape's restaurant you went to the restroom, and stayed there. Not voluntarily. You order is being prepared, you're hungry and thirsty but you can't...  ...

1,781 Views
5 Comments
chrpa— Jayisgames needs your help to continue providing quality content. Click for details Welcome to Mobile Monday! The first comes an adventure escape from a pyramid by playPLANT (LIBERTY PLANT Inc.) and it's an exciting one - the pyramid collapses...  ...