Hi and welcome to the 300th Weekday Escape!

The anniversary edition of Weekday Escape is fat - contains five nice games. Enjoy! Amajeto locked you up again, and to escape you need to collect eight tiles. In Chris Klimowski's and Colorbomb's escape you turn into a surprised burglar and then comes strange and magical escape by Eugene Spacehead. TomoLaSiDo wants you to find few scallions and in Neat Escape's escape you get trapped in your frieand's beautiful villa.

Amajeto's escape is one-scene game, again, packed with hints, clues and many locked drawers. Some puzzles are rather cunning and you might need to concentrate on them more than usually to get out!
The cursor isn't changing, save option, one ending.

The Master of Puzzles 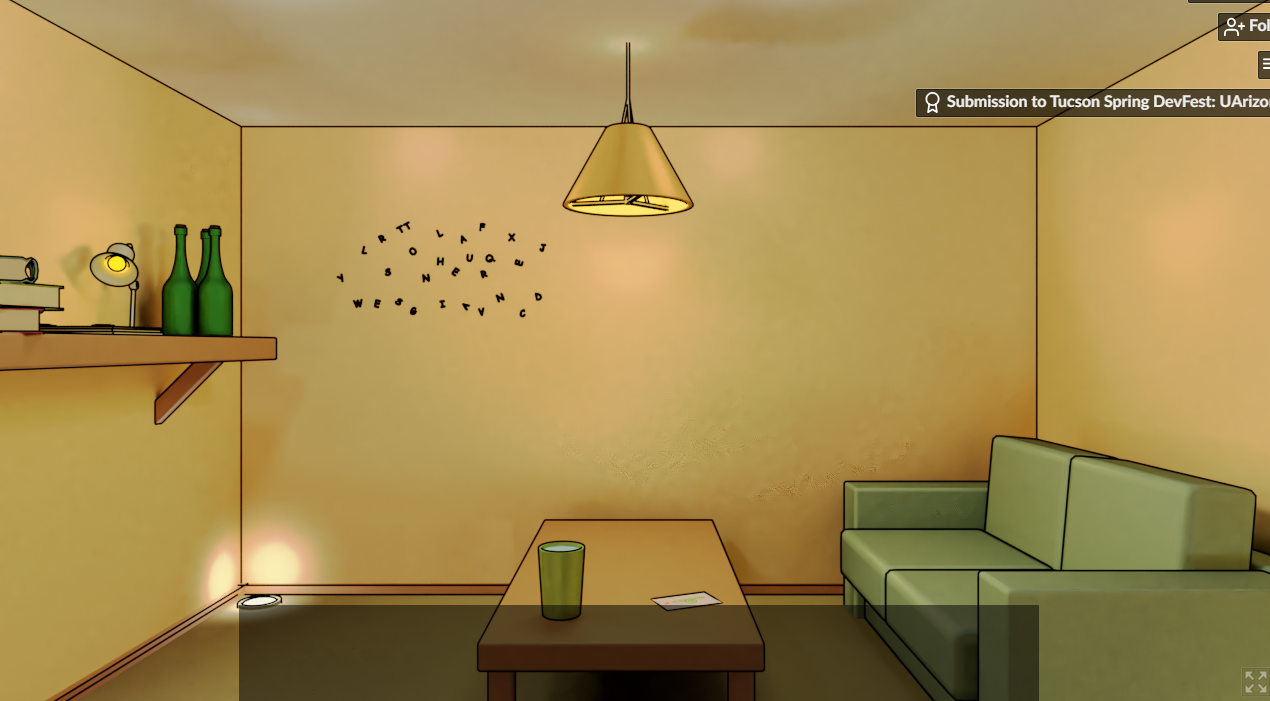 The game by Chris Klimowski and Colorbomb has an unusual scenario - a burglar breaks into an ordinary house and ends up saving his bare life and sadly, with no loot. There were signs that there's something strange about the house but he ignored them. Oh well. Hopefully he is clever enough to figure out the puzzles...the second option is police.

Two excellent escapes by Colorbomb you find in WE N°295. 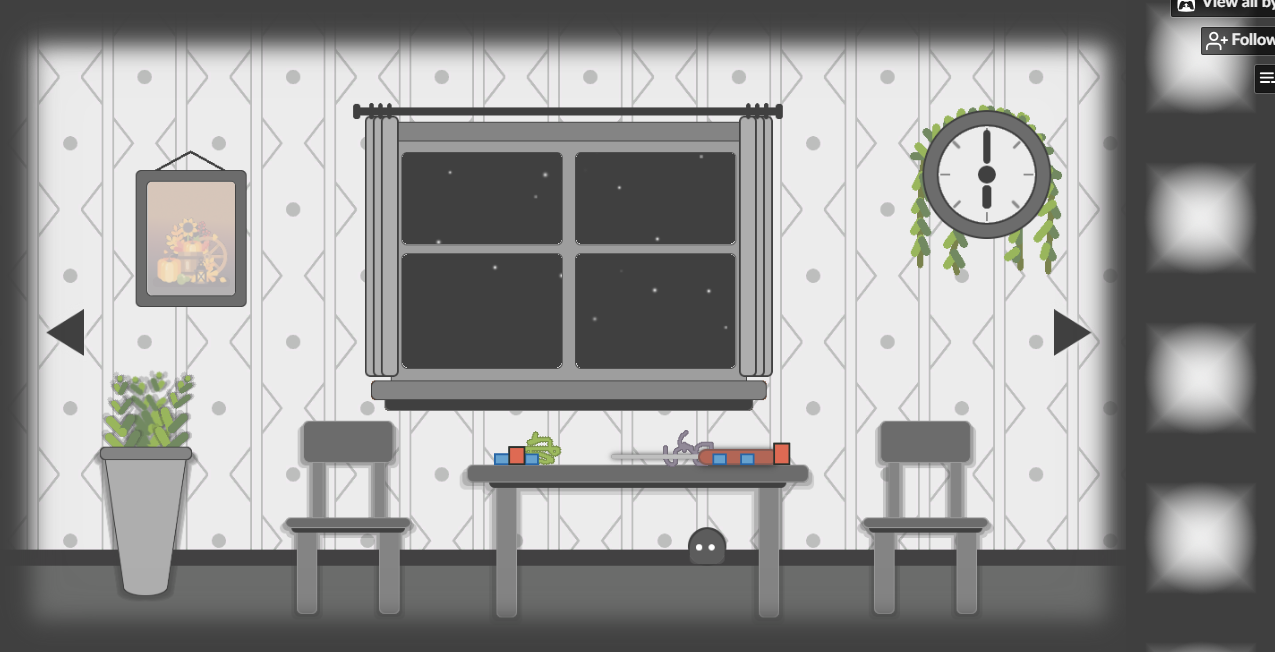 Atmospheric game by Eugene Spacehead is a regular escape with magical elements. The puzzles are perfectly normal, some maybe with a bit vague hints, but the eerie story behind the game and the ending leave questions in players - what happedned in the room?
The cursor is changing, no save option, one ending (?). 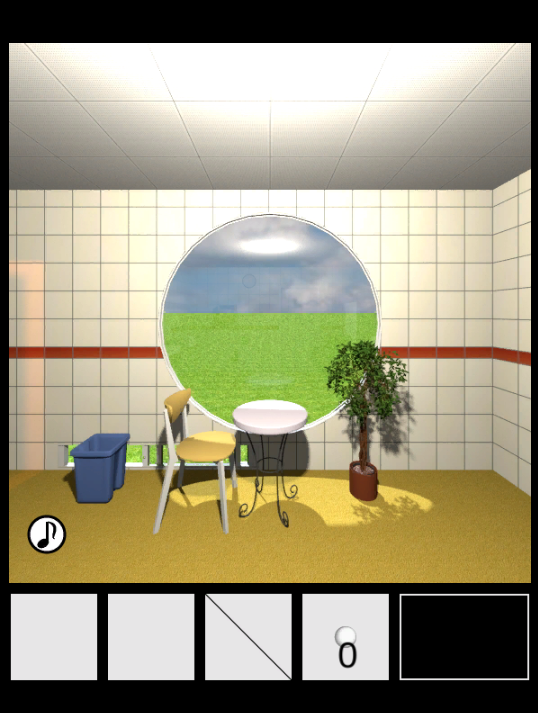 TomoLaSiDo's living room, tiled to the ceiling, has nice round window and the usual layout. The devs hid there nine plus one scallions and the capsules with key parts, and for a perfect ending you need to get a small round box.
The cursor isn't changing, no save option, one ending. 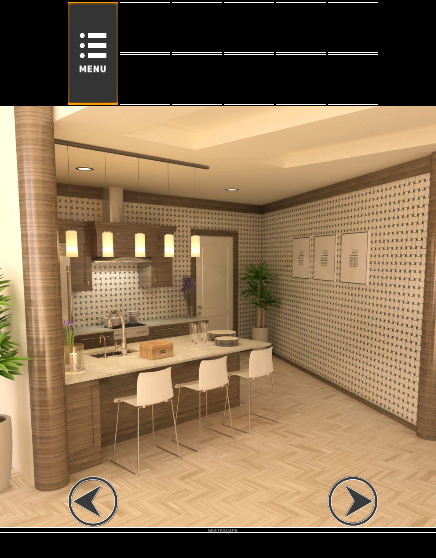 Neat Escape's escape is a bit on a longer side if you go for the second ending. You find yourself in your friend's villa - no need to say that a beautiful one - and at the beginning you can explore a sitting room only. Other rooms are locked yet. By solving puzzles, one after another, you get keys from them and don't forget to save before you use the blue one as it fits two locks. As usual.
The cursor isn't changing, autosave plus save option, two endings.

The "Sign In" link down towards the bottom of the page is producing the error shown below. The login button at the top of the page is working again, thankfully. But the "Sign out" text link at the very top of the page (visible while logged in) is not, with the same error below.

The requested page could not be found.
Page not found - /mt4/mt-cp.cgi

Okay already stuck on the markers puzzle on the shelf in The Master of Puzzles—anybody got a clue for me? I do have

four markers, including the one bolted to the table.

is based on minesweeper game

there is no clue available

I hope the walkthroughs are coming soon. As mentioned earlier, we are way behind ob walkthroughs so i hope someone that is good at them will help us catch up. Thanks for all the games past present and future.

Has anyone figured out anything in the second room in Master of Puzzles?

it's a clue for opening the cabinet by the door

Oh, for Pete's sake. I thought

the numbers indicated the number of markers per row and column. (In other words, the 0 meant no markers across the bottom row, nor in the third column.)

Completely different type of puzzle than I was thinking!

The 0 is confusing. My first though was minesweeper then I rejected it as there is no 0 in minesweeper and than I noticed that the markers do seem like a small flags so I tried and it worked

The symbol on the markers does look like those Minesweeper flags!

Had that clicked, that puzzle would not have been a big deal. The game went quite quickly after that!

Thanks for reminding me about the sign in at the top of the page. I've been hoping for weeks that it would be fixed.

Don't know if anyone else had this problem, but I couldn't get the green glasses to work on the ceiling of the second room. Apparently this game is sensitive regarding seeing the hint and then allowing the answer to work. So I can't play "The Master of Puzzles".

I restarted the game and again at the same place where you enter the numbers on the panel on the wall, because the glasses don't work, I can't "see" the clue and therefore cannot enter the proper number on the panel and the panel will not open. Game Over.

No I do not have an ad blocker, Microsoft Edge, Windows 10, all up to date.