In Kultisti's platformer puzzler you are supposed to help to a little bird, in Magnific Studios' arcade it's a boy and his pet who need your help in escaping a dangerous mine, and in yumehiko's cute game would be a fish without you definitely dead. Bonus game by Paul B is about old Roger and his dog. The dog is the one who guides his master whose head can explode any moment. 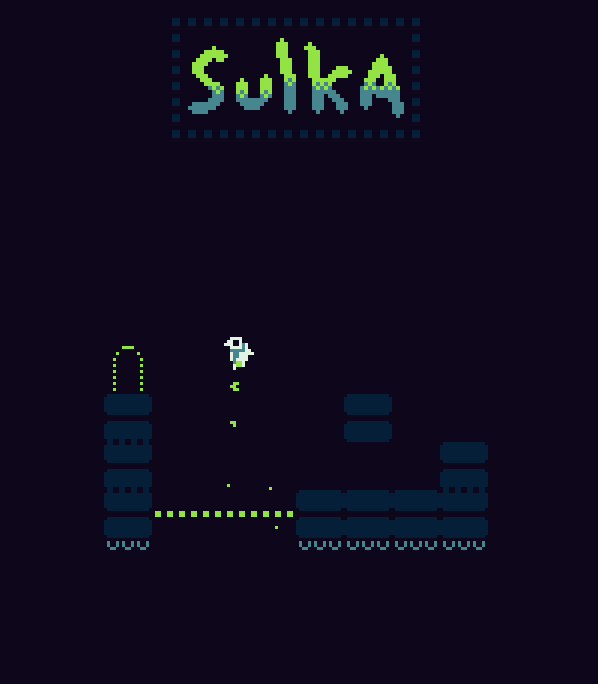 Sulka is a little bird which needs your help to find a new home. What starts like a usual platformer - just jump and jump and being careful not to fall into a bottomless chasm - quickly turns into something much more interesting. No wonder, it's the latest Kultisti's game and their games are always unique. The obstacles Sulka has to overcome are strange indeed.
Controlled by WASD/Arrow keys, R to restart a level, 20 levels, autosave. 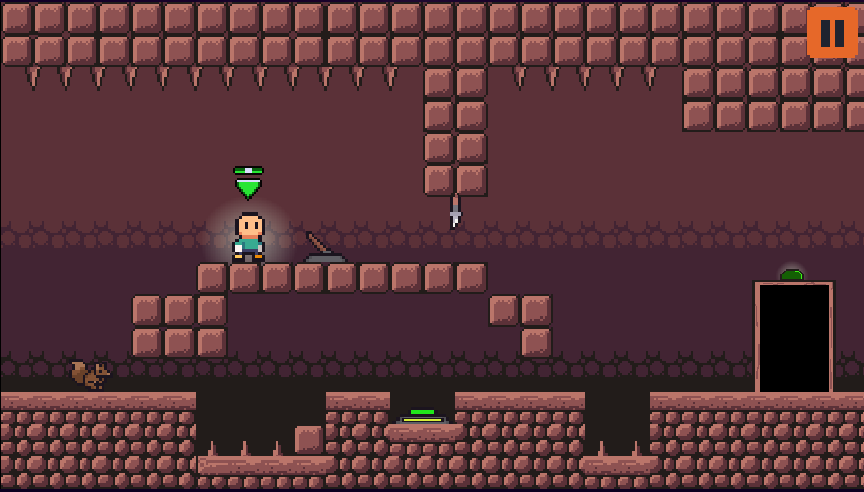 The arcade by Magnific Studios introduces a boy and his squirrel who got lost in an abandoned mine and need to get through. They are a team and wouldn't get through a single level without mutual help. You can switch between characters.
Left/right controlled by AD/Arrow keys, X/J to enable/disable traps, R to restart a level, Space bar to switch character, 30 levels, autosave. 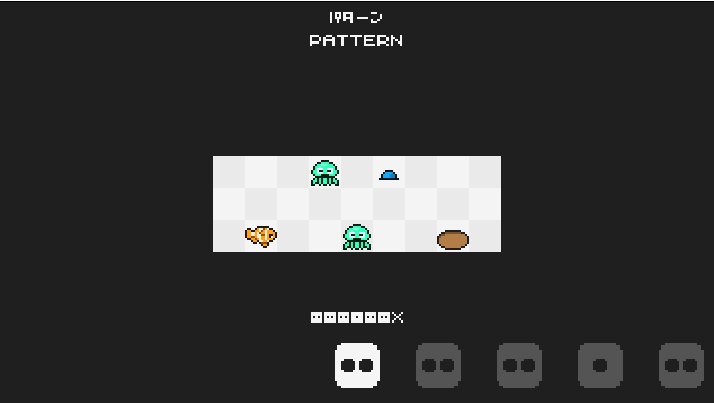 In a simple and clever yumehiko's game is your goal to get a fish to a pond. It can jump only left or right and in each level has a definite number of jumps, but they aren't the same length. You need to figure out how to combine them (and not let your fish die).
Left/right controlled by AD/Arrow keys, autosave.

P.S. In WE N°19 you find another excellent game by yumehiko, Weight of the Soul. 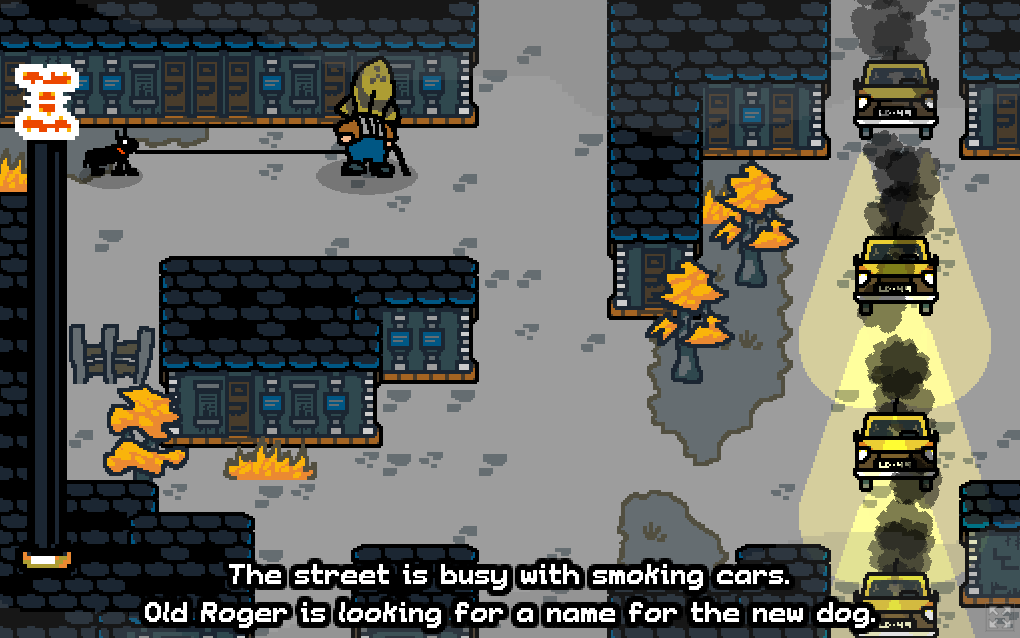 Bonus game is Warhead Stroll by Paul B. Old Roger is walking his dog to get some groceries. That would be a rather harmless adventure if his head wasn't a nuclear bomb. The dog can pull Roger or push him. Controlled by WASD/Arrow keys