Lovely Thomas Waterzooi and Alice Daria's adventure is more a poem than a game. The game by Kultisti wants you to catch twenty cats and its simple interface contains interesting - and difficult - puzzles. Yumehiko's puzzle platformer is too one of the games which are much better than they look. Bonus game by Yusuke Nakajima.

Very short and gentle art-game by Thomas Waterzooi and Alice Daria is inspired by movie Spirited Away and maybe its most iconic scene. Though it's simple point'n'click little adventure it may have a deep impact on players.
Controlled by a mouse. 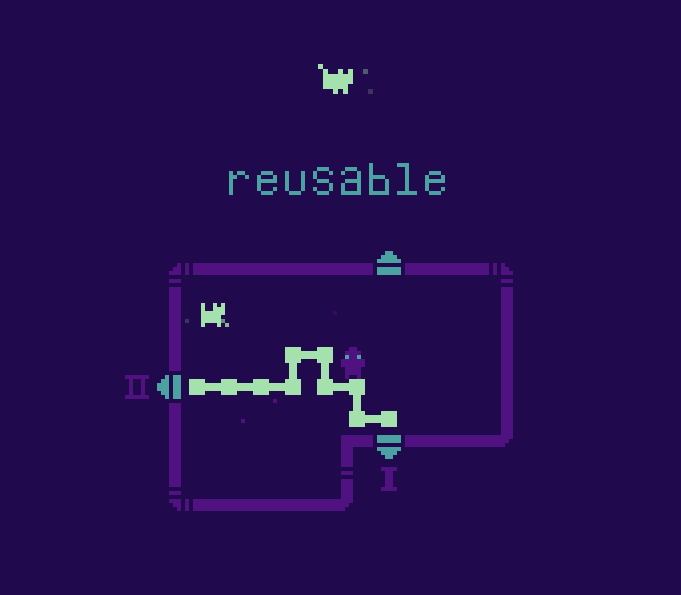 Kultisti works hard these days and only a week after Lohtija we get another clever puzzle platformer. You are a cat lover whose twenty cats disappered through a portal to the world of wires. Silly cats. Now you need to find them and bring them back...first three cats are easy since there aren't any wires but later they are and you need to figure out how to reconnect them.
Moves controlled by Cursor keys/WASD. Instructions for reconnecting wires are in the game. Autosave. 20 levels.

Weight of the Soul 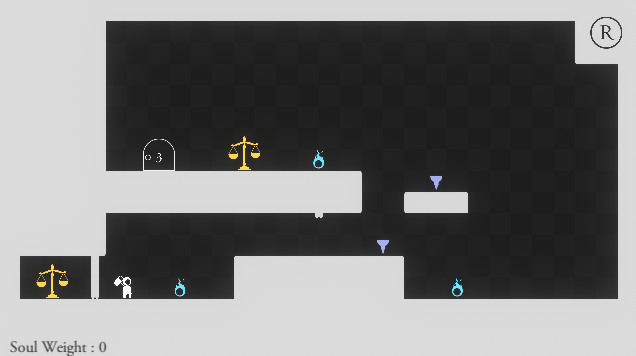 Puzzle platformer by yumehiko has interesting and original concept. Setting is simple, to clear a level you need to catch all souls and when they are all captured and put into scales, the exit door opens. There are obstacles, though. The souls have some weight and the more souls you collect the more you weigh and aren't able to jump high. You can use the scales just once...more rules you learn during playing.
Controlled by Cursor keys/WASD. Space bar to jump. F to interact. R for restart - hold the key. No autosave. 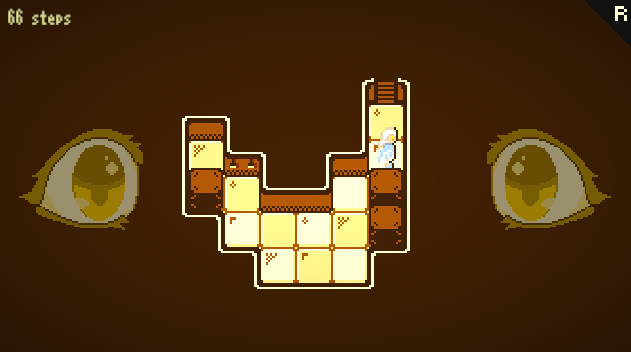 Bonus game: Open Your Eyes by Yusuke Nakajima is about pushing boxes. Righ in the first level you can see that it's not possible to get through - until you push Space bar in the right moment (when the eyes are opened) and you find yourself in a parallel level!
Controlled by Cursor keys/WASD. Space bar to change levels. The game has autosave.

3,679 Views
3 Comments
chrpa— Jayisgames needs your help to continue providing quality content. Click for details An animated journey across the poetry of the land, Wayfinder by Matt DesLauriers, has calming and contemplative gameplay and expresses our connection with the natural world. You can...  ...