After two months of silence is Amajeto back. So good they are back. They were missed. Jim-Ar's newest miniature is slightly bigger than the previous games - hoping that this trend will continue. In tomoLaSiDo's room you aren't collecting items this time, just capsules with key parts, and Selfdefiant wants you to escape a castle. Bonus game by Koban Shark. 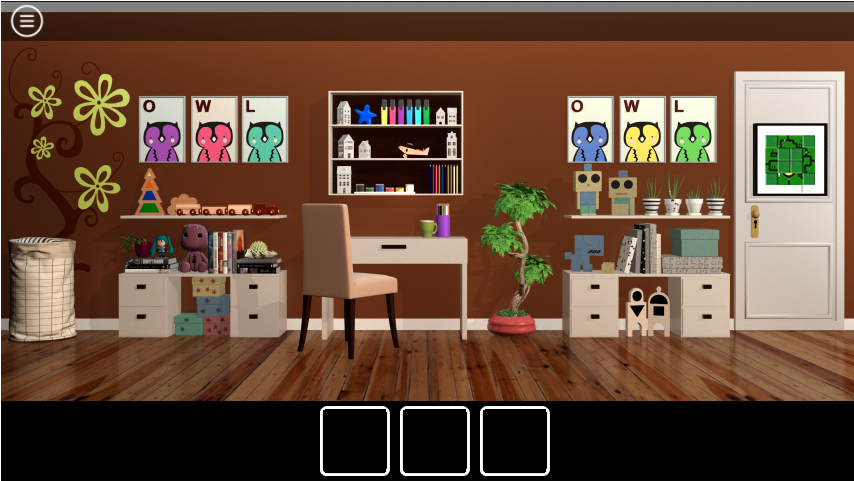 Amajeto's newest escape is one-scene only, but the scene is crammed with puzzles so you spend the same time on the game as on the three or four scenes ones they made recently. The puzzles are as we are used to, clever and neither too easy nor too hard. Some clues are well hidden so be observant!
The cursor isn't changing, no save option, one ending. 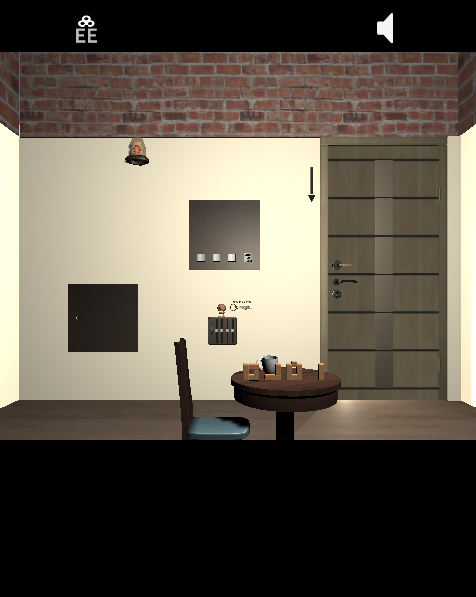 Jim-Ar's games seem to be expanding a bit and that's great. After all, they've already proved they can do excellent big escapes (WE N°277 but in Flash, sadly) so maybe one day...we'll see. For now, we've got very well done escape with unexpected twists even for experienced escapists.
The cursor isn't changing, no save option, one ending. 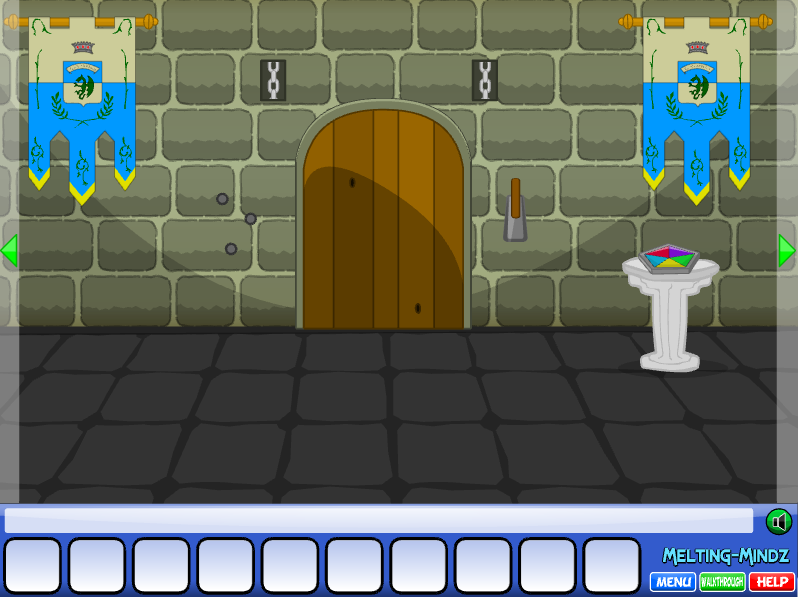 Selfdefiant managed to return a changing cursor to their games. It's welcome indeed since it makes playing of their games more comfortable and fluent. So, you are locked in a medieval castle and you need to open several doors and cases to get out of there. Not difficult, just notice, that one puzzle in which you need to push buttons in correct order doesn't give a response to the clicks. It works, though.
The cursor is changing, autosave, one ending. 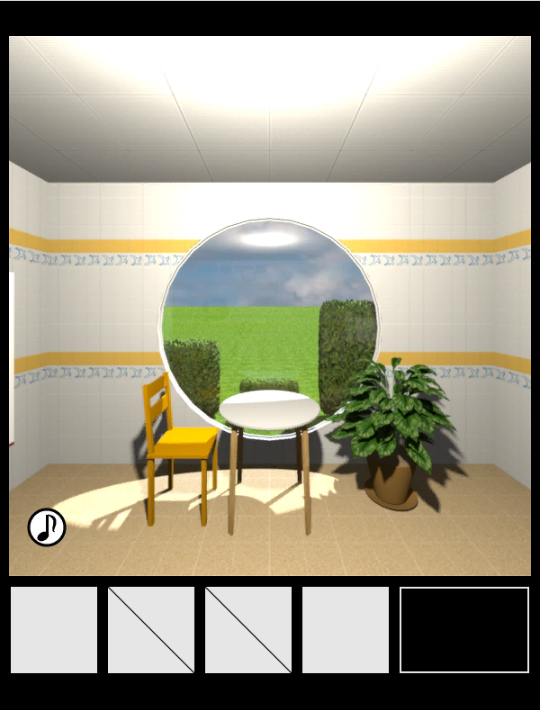 In tomoLaSiDo's room you encounter writing in Japanese language but all puzzles are resolvable without the knowledge of Japanese. Don't let it discourage you. Solutions are not difficult but containing usual twist as we are used to in most of the developer's games. What helps is to know how rabbits seem, roughly, at least.
The cursor isn't changing, no save option, one ending.

Bonus game: Escape from my Brother's Room by Koban Shark seems to be a good escape according to other players but I had some issues with controlling it and didn't finish it. Playability depends on browser and a device you use probably.

can;t wait for these.

I can remember a time when as soon as a game was uploaded, the comment section would explode with questions, hints, and walk throughs.

It is like a desert now. I don't even want to bother with spoiler tags. Why? There is no one here until I offend the "sensitive to hints, tips, and etc." people.

Anyway, I am trying to not resort to a video walk through. I'm trying to be nice so I am going to use spoiler tags this time.

There is a puzzle with 4 color levels.

The hint is a tree.

If one direction doesn't work, then go the opposite way.

A little stuck with the 4 digit puzzle.

I have the piece of paper with the 2 color columns.

I have noted the numbers on the back of the owl pictures.

Do the markers on the shelf have anything to do with the 4 digit puzzle?

That would be a combination of 3 hints to do one puzzle.

Why is it illogical to assume that the blue owl picture with no number on the back is zero?

Some help would be nice.

I had to resort to a video walk through and this was the first puzzle they solved.

They quickly circled the boxes with stars and typed in the word.

It makes no sense. The video did not indicate any combination of clues, just typed in the word.

I thought maybe combine the number of stars on the boxes with the owl pictures because that is the only place with letters. But that doesn't work because the pictures do not have the numbers 3 or 6.

I guess in my endeavor to solve the 4 digit puzzle on the left side of the room by using the paper and owl pictures, I didn't realize I was correctly combining clues but on the wrong puzzle.

The colors of the owls in the pictures and the columns of 2 colors will make a word.

I still don't understand how the numbers on the back of the pictures apply to anything.

Hi 4red3s,
Here's the deal on the 2 puzzles you had trouble with:

The owl pictures are used for both the 4 digit puzzle and the 4 letter word puzzle, but each puzzle also uses another separate clue for each puzzle.

The letters come from the paper clue with the colored columns that match the colors of the owls: Pink/Yellow=W, Purple/Blue=O twice, Cyan/Green=L; word is WOOL

The four digit number uses the group of highlighter pens (I think that's what they are) that also match up with the owl colors. Then by using the numbers (or lack thereof) on the back: Yellow, Pink, Purple, Blue (note * for multiply), Cyan and Green. Taking the numbers from the back of the matching colors gives: 245 x 18 = 4410.

Bless you! That was a BIG help!

I had gotten stuck on that puzzle, too - it was the last one I had left. Thanks for the hint!

4redz, I agree. back when Grinnyp was active on this site, she;d have a walking through in no time. Also if I'm not mistaken there was a new game Daily as well. Right now i'm probably about 7-9 games behind as I'm still waiting on walkthroughs. I hope that will change soon.

You are absolutely right, 4red3s. I have been lurking here for years, enjoying the games, the comments, the hints, and the walkthroughs, while contributing nothing. I remember when a new Submachine would drop, and there would be hundreds of comments.

Lately I have been struggling to finish the games without help, but I actually solved the Owl Room on my own. By Saturday I could only open 4 of the 8 drawers. I was stuck on the 4 numbers, the 4 letters, the 6 buttons, and one that I was way overthinking. (Hint - when you've tried everything complicated and convoluted, try something straightforward.) I, too, tried the same things that you did on the numbers, and it was only after I solved the 4 letter cabinet and looked over my notes that I saw the answer. I was stuck for a long time on the 6 buttons, so here is a hint and the answer for anyone else who is stuck there.

Back up and look at the view of the entire room.

Look at the bottom shelf that is just above the desk.

Although I have not had much luck on the miniature and micro games, I was able to solve Miniature5 - time to fly. Here is my first attempt at a walkthrough.

Look at the big door on the right.

Back all the way out and look at the pattern on the door.

Take a feather from the bird.

Use the feather to tickle the "give me a clue" man.

He shows you an 8 pointed star.

Look for the position of that star behind the 3 button door.

Back all the way out and

Back up again and face the silver doors.

Zoom in take the object on the door handles.

Turn around and place the object on the table on the lower half of the 4 numbers.

Turn around and cut down the key.

Open the door on the left.

I have to say I have also been lurking for years. I did win a free game from GOG with "Letters in Boxes #20" about 10 years ago. Enough of the nostalgia. I have managed to open 6 cupboards in about 25 minutes - still have the 4 symbol one (left side, top right) and the 4 letter one (left side, bottom right).Will persevere - watch this space. (Still haven't worked out how to format these posts properly).

Apologies to all - my comment was against the Amajeto Owl Room game.

Doltt, Thanks for the walkthrough to the Miniature 5 game. it was very well done.