Mystery Case Files is one of the oldest and most beloved hidden-object adventure series around, and fans know to expect one very highly anticipated new release a year... so it comes as a bit of a surprise that Eipix Interactive has released Mystery Case Files: Ravenhearst Unlocked only one month after Key to Ravenhearst. Following directly on the heels of the previous game, in Ravenhearst Unlocked, you've been rescued from the waves of the ocean where you were found battered and delirious, and ultimately transferred to an asylum for care. But when you finally come back to yourself, you find this place is anything but up to code... and one of your oldest foes will stop at nothing to complete his plot no matter who gets in his way. Once you escape, the game is still just beginning! With a decidedly more morbid bent than its predecessor, Mystery Case Files: Ravenhearst Unlocked is a gleefully bizarre game with a lot of content and entertainment, though perhaps not as well-plotted as the rest of the series. Be warned, if you haven't played the rest of the Mystery Case Files titles, Ravenhearst Unlocked will make very little sense to you. 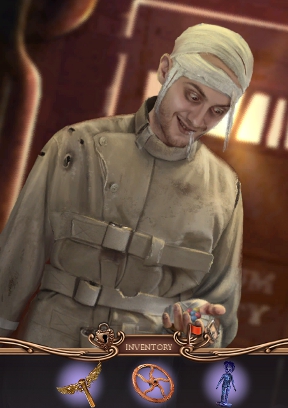 Ravenhearst Unlocked is trying very hard to be scary in some places, but never quite manages it, both because its over-the-top goofy elements never let the mood really take hold, and at this point, you're essentially Harry Potter (now complete with magical scar), going up against your own Lord Voldemort. There's a lot about it that feels sort of random, as opposed to the careful plotting and design of Key to Ravenhearst, sort of like a bonus chapter stretched to its limits. It's not that it isn't fun, but it lacks the creeping menace and slow boil cinema of previous titles. Of course, all plot and no play makes Ravenhearst go something-something anyway ("Go crazy? Don't mind if I do!"), so it's a good thing that the gameplay here is a lot of fun. You'll hunt for items and solve puzzles, sure, but the complexity has been dialed up a little. Hidden-object scenes tend to be multi-layered with lots of little mechanisms and tricks, while puzzles can be pretty creatively implemented. You'll still have to jump through hoops in places where simple actions would do the trick, and some of the item uses can be a bit of a stretch or unconventional, but on the whole there's so much variety that you're kept busy throughout rather than ever dragging your feet. 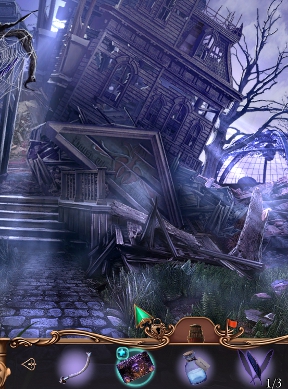 Beyond the asylum, the game ventures into familiar territory for fans, and while the visuals are an odd mish-mash of illustrated characters and real actors in some places, everything is gorgeously rendered with unsettling but beautiful artwork brought to life by a well-chosen soundtrack. Eipix is one of the biggest names in the hidden-object adventure game industry, and for good reason... they don't scrimp when it comes to quality, and as scatterbrained as Ravenhearst Unlocked may occasionally feel, it's lacking nothing when it comes to polish. Though it's probably a bit too reliant on the established series history to really be accessible to new players, fans will find it chock full of references to previous games in all the right ways, and its efforts to up the stakes and drama means some of the craziest sequences and plot twists yet. Is it destined to become the crown jewel of the series? Maybe not, but despite its unexpected appearance, it snuggles nicely in with the rest of the Mystery Case Files, making for an unexpected but welcome night full of thrills, chills, and the comforting knowledge that your family can literally never be as crazy as this one.

2 MCFs in less than a month?!? It's like Christmas!! And they're both pretty good! Better than Shadow Lake, certainly, even if these installments don't feature Jack Talon.

I'm already half way through this one, and I'm not disappointed. I could wish that the puzzles were a little more puzzling, but they're closer to Ravenhearst than any of the others have been.