It's safe to say that Mystery Case Files, Big Fish Games' wildly popular hidden-object adventure series, has gone through a lot of changes over the years as it passes from developer to developer, going everywhere from campy reality show to more serious horror. Now it's Eipix Entertainment's turn at bat with Mystery Case Files: Key to Ravenhearst, and it seems even being burnt to rubble isn't enough to get rid of the titular mansion completely, because someone is trying to rebuild it. You, as a master detective, have naturally been sent out to see who's dumb enough to do so, though as you'd expect, it quickly becomes apparent that there's more going on here than some innocent money-grubbing land development. Aided(?) by a mysterious puzzle box left by an old enemy whose contents you'll unravel as you go, you'll need to solve puzzles and hidden-object scenes to get to the bottom of this. Mystery Case Files: Key to Ravenhearst tells an appealingly spooky mystery that adds a new chapter to the iconic series full of twists, turns, and cinematic camp, and even some of the fantastically elaborate mechanical puzzles the series originally became known for, making it an easy recommendation despite some uneven pacing and difficulty. 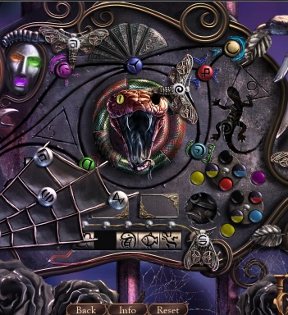 Like most hidden-object adventures made lately, Key to Ravenhearst comes with all the mechanical bells and whistles... your morphing objects, your optional collectibles, your fully customiseable difficulty and your instant travel map. The gameplay itself tries to do a little bit of everything, so some hidden-object scenes have a few morphing items, while others require you to hunt by silhouette, and so forth. At best, Key to Ravenhearst is chock full of variety, with so many puzzles and secret mechanisms it's a wonder anyone in this place can get anything done in a day. At worst, it feels a little burdened by some uninteresting minigames and inventory item combinations/clickery that don't really add anything to the experience other than a few extra seconds of play time. The Mystery Case Files has sort of struggled to really catch up with the right balance of creative and challenging gameplay some of its earlier installments enjoyed, so it's great to see elements like the puzzle box recapture a bit of that classic mysterious flair, while the recurrence of some fantastically elaborate Rube Goldberg-style contraptions will have you gleefully experimenting with a multitude of switches, levers, and other devices to see how to accomplish your goal. Still, if you've been following the series since its inception, then you might have hoped for something a little meatier in terms of gameplay complexity, making Key to Ravenhearst a pleasantly macabre evening rather than a real workout. 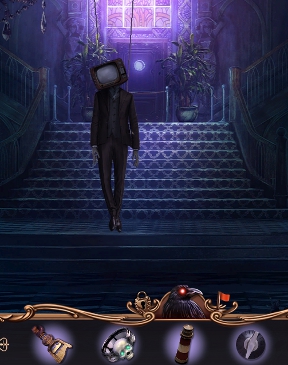 When it comes to story and presentation, Eipix clearly hasn't slacked off one iota, though you won't get all the backstory and references if you're not familiar with the rest of the series. The game sort of walks the line between kooky and creepy, occasionally wavering precariously towards one side more than the other. The pace is a little slow, stopping every few minutes to throw some more arbitrary obstacles in your way that you've likely seen before... flocks of birds! Angry guard dogs! Thorny bushes and spiderwebs! Once you get past that, however, and actually reach the site of the new Ravenhearst, things begin to pick up. It seems the new land owner is building a museum, though why anyone would want to honor Ravenhearst's twisted history is beyond me, and from the way her strangely stoic manservant behaves when she beckons, something clearly isn't on the up and up. The game has some fantastic sound design, with an unobtrusive soundtrack that adds to the atmosphere rather than dominating it, and the artwork is absolutely gorgeous. Key to Ravenhearst does a wonderful job of supplanting the mundane with the surreal just enough to give you the creeps and make you want to find out more. The plot highlights the more eerie and unsettling aspects of the series' backstory rather than the over-the-top pieces, though it doesn't get quite as aggressively dark as, say, Escape from Ravenhearst. Mystery Case Files: Key to Ravenhearst is an unshakably rock-solid adventure with tons of content and a genuinely intriguing plot, making its demo one you should be checking out if you've ever had any interest in the series at all, or are just looking for something with its fair share of spine tingles, no matter what the season.

For the first time ever, I'm going to start with the demo rather than automatically purchasing a full MCF game. Since the fantastic original Dire Grove, it's all been downhill for me.

Here's hoping that this one is a winner...