There's some "strange phenomena" allegedly happening around a familiar abandoned carnival, but even though you're a member of the Mystery Case Files detectives, you're convinced it's just a bunch of kids stirring up trouble... right up until you find yourself trapped by a malevolent curse, that is. Now you and the rest of the carnival's performers are doomed unless you can find a way to save everyone and thwart the dark power du jour in the hidden-object adventure Mystery Case Files: Fate's Carnival by Elephant Games. With twelve cursed souls to save, including your own, and piles of confounding puzzles, some freaky and creepy jump scares, and a cat that actually does what it's told, it's a worthy successor to the series. 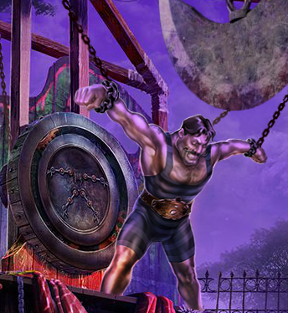 Though the game basically plays like your standard pointy-clicky, hidden-object-seeky title, it does a lot to both streamline the experience and engage you. You've got your magic map to traipse around the fairgrounds simply by clicking on any location you've visited, your magic sassy cat to retrieve items you can't reach, your five levels of difficulty you can switch between at any time... oh, and there's also some weird little extras, like collecting magically shifting playing cards to unlock a Solitaire game, and the ability to find cash to buy items for your cat, if that's what you're into. All of the carnival workers, who you should recognise, are snared in lethal yet oddly poetic traps, and the fairgrounds themselves are dangerously run down and laden with all sorts of puzzles left behind by the madman who seems to have caused all of this and has one serious grudge. Who could he be... and could he have more to do with your past than it seems? 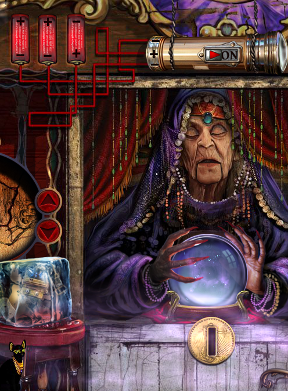 Analysis: Having veteran awesome-crafters Elephant Games take over the series is a bit of a surprise, but they've definitely done an outstanding job. Mystery Case Files is a series that has undergone some dramatic changes in basic design and style, some more successful than others, and Fate's Carnival feels like a return to classic form both in aesthetics and gameplay. No more real actors (you'll be in my heart, Cooter), this game features gorgeous artwork from top to bottom, and rich, stunning environmental design. Even more welcome are the sort of complex, Rube Goldberg-esque puzzles we haven't seen from the series in a long time, and a greater reliance on adventuring over hidden-object scenes. There's a bit less of a focus on storytelling this time around, and the game doesn't do much to fill you in on who all these returning characters are or what they're talking about if you haven't played Madame Fate... but you'll be going far beyond the carnival as it is, anyway, as the game changes things up just when you think you've explored everywhere you can.

Mystery Case Files: Fate's Carnival is one stunner of a game, with a satisfying length and engaging gameplay. It isn't, however, particularly difficult. The puzzles are all fairly logical and item uses are obvious, and the more tricky mechanical puzzles have their solutions spelled out in the notebook you require, which makes me wistful for Mystery Case Files: Dire Grove's fiendishly sneaky hidden clues and solutions. The biggest challenge can be that the game is occasionally finicky when it comes to accepting clicks to interact with or use/pick-up items, something that gets especially frustrating in the Rube Goldberg-sy challenges. Still, Fate's Carnival feels devoted to its gameplay rather than its cinema in a way that the series hasn't in a long time, and the result is worth the wait. It's filled with twist and turns that bring the entire series together in an unexpected way. If you've given up on the series because of the changes its undergone over the years, do yourself a favour and check out the demo for this one. And if you've never played but are looking for an adventure that's big, weird, and gorgeous in equal measure, check out the demo too. Highly recommended.

As you progress through the game, you will collect Achievements that can be viewed from the Bonus Content link on the Main Menu.

Outside Tent and Crossroads

Larry's Tent and Outside Carnival

Outside Tent and Attractions

Outside Carnival, Theater of Day and Night, and Crossroads

Outside Carnival and Outside Trailer

Tomb and Outside Carnival

As you progress through the game, you will collect Achievements that can be viewed from the Bonus Content link on the Main Menu.

Outside Tent and Crossroads

Larry's Tent and Outside Carnival

Outside Tent and Attractions

Outside Carnival, Theater of Day and Night, and Crossroads

Outside Carnival and Outside Trailer

Tomb and Outside Carnival