So I hear the end of the world is apparently next week, all because the Mayans never got a chance to make next year's calendar. But, you know, just in case we're all still around in a week, what say we go ahead and keep celebrating the season and awesome games in general with Slenderman, Submachine, and stalwart puppy explorers? Now there's a holiday party I can get behind!

P.S. Happy Hanukkah to everyone celebrating! 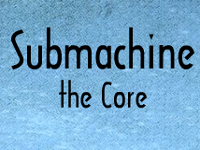 Adventure and Mystery, Ad Free Mateusz Skutnik has been mystifying and enrapturing players for over seven years with his point-and-click adventure series Submachine, and if you've ever wanted to show a little appreciation beyond your kind words for so much free entertainment, here's a great opportunity. For just $2.00USD you can get a downloadable, ad-free HD version of Submachine 7: The Core with an included soundtrack right here. Though the lack of a whole lot of extra bells and whistles may be a disappointment to the myriad of fans who had been slavering for more, two dollars is a small price to pay for close to a decade of free gaming, and a great way to show support, especially since Mateusz promises all funds will go towards development of his next game. Do you know what two dollars is? That is one third of what the cost of buying me a cup of coffee at Starbucks would work out to. And while I'm sure you're dying to do that, give Mateusz a little love for all the gaming and creativity he's given you over the years instead.

As Long As There's No "New Costumes For Slendy" DLC It was big news when we found out Parsec Productions had joined forces Team Rocket style with Blue Isle studios to release a commercial sequel to the smash-hit free indie nightmare machine that is Slender, and with a brand spanking new website update, there's even more information on Slender: The Arrival to be had. There's an official trailer and a Steam Greenlight campaign coming soon, but you can look forward to the game in early 2013 with a PC download (Mac to follow, Linux hopefully) at a price of under $20.00 USD. The game promises a story handled by the creators of YouTube sensation Marble Hornets, and though they promise more to do than simply collect pages this time around, they also state that they're aware that what make Slender so scary was the ambiguity and simplicity, and they're working to improve rather than take away. Head on over to the official site to check out new screenshots, read the full FAQ, and be sure to like them on Facebook for the latest updates and trailer news. 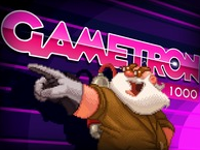 This is the Game That Doesn't End, Yes it Goes On and On My Friend... A game that generates even more randomly designed games sounds sort of like magic, but that's what Mojo Bones is proposing with their Kickstarter project for GameTron 1000 for PC, iOS and Android. At the push of a button, everything from the genre to the characters, setting, objective and more is chosen randomly through an in-game slot reel, allowing you to play a virtually endless amount of games with silly names for as long as you like. You can even save and share your favourite creations with other players, though the game itself is designed as single-player only. While we'll be curious to see just how much depth and distinct-feeling games you can really get, GameTron 1000 is calling itself "the Everlasting Gobstopper of games", and could potentially be the perfect time-filler. It doesn't hurt that it's easy on the eyes either! If this sounds good to you, head on over to the Kickstarter page to learn more and donate to see this thing happen. 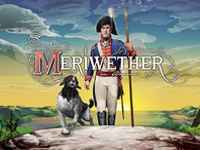 Survival, Exploration, an OHMYGOSH LOOKIT THE PUPPY Reader Carlos came across this Kickstarter campaign for Sortasoft LLC's Meriwether: An American Epic, and chances are that if you have any interest at all in realistic survival exploration gameplay and history, you're going to be interested in this one. Set in 1803, the game stars you as Captain Lewis who, along with his good friend William Clark, is sent to make a 28 month voyage to western North America, assembling your team of travelers and attempting to do everything from mapping your journeys, to establish peaceful relations with tribes, document new plants and animals, and more. In "Lewis" levels, you'll play the game as a traditional action RPG, while "Travel" levels are procedurally generated and focus on surviving challenges and the land through the skill of your people. Though the game features combat, it also offers plenty of options to avoid it entirely. It looks like it could be a fantastically engrossing experience, especially since you get to CHOOSE A DOGGY OH MY GOSH! If all this sounds swank to you, head on over to Kickstarter to learn more and make it happen. 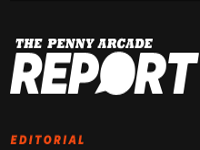 What Should Be In Your Indie We love indie developers. After all, they do the hard work, we just get to have fun with it and then smack our palms against the keyboards until words appear on the screen for you to read. The thing is, while it's easy to get caught up in the excitement that comes with creating and joining forces with other brilliant minds, a lot of newfound indie studios either forget about or just don't know how important a basic understanding of video game law can be. Shaun Spalding aims to help change that with his editorial for the Penny Arcade Report, The Top Five Best Legal Practices for Indie Game Developers. While a lot of this may seem like common sense, they're things that easily get overlooked when you're really focused on the work and design behind your passion, but they're simple steps that can help keep your keister out of the fire.