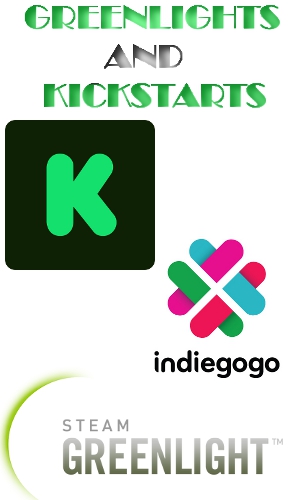 Here at JayisGames, we get a lot of e-mails, tweets, and bricks thrown through our windows about various crowdfunding campaigns. Like, a lot a lot. Mostly for good reason, since, despite not being without risks to both the developer and investors, crowdfunding offers an opportunity for many creators to make things they simply couldn't before. So with that in mind, welcome to our new twice-monthly feature Greenlights and Kickstarts, where we'll feature a few promising projects and shine a little attention onto developers looking to get on arguably the biggest digital gaming retailer in the world... Steam.

This first edition we'll take a look at a game that aims to mess with your head and get you good and twitchy, an Oculus-compatible "look-and-click" adventure about the way the choices we make change our lives, stealthy hotel-based vampire warfare, and a mysterious cage that holds an ocean, a lighthouse, a submarine... and you!

Please note that we cannot guarantee any projects posted will be completed and delivered. As with any investment, please make sure you do your own research into the project and its developer. Even a successfully funded project can never see release for a variety of reasons, so always use your best judgement, and only fund what you are willing and able to part with. 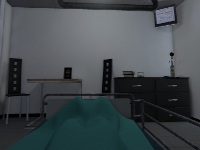 Plugged Endimes Studio is calling their upcoming Oculus Rift-compatible game a "look-and-click" for obvious reasons, but if you're like myself and your skull is sadly bereft of futuristic gaming tech, this decision-based adventure game can be played the old point-and-click way too. Plugged, with its '50s aesthetic, is about the way your life can change drastically based on the choices you make, and allows you to explore and influence the protagonist's life by having him make decisions that lead to different consequences and even whole new stories, encouraging a lot of replayability. Wrap all that up with a delightfully surreal atmosphere and you have a game sure to intrigue fans of games that allow player choice to drive the story. 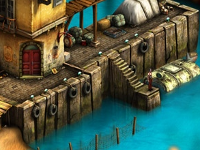 DreamCage 28 If Bigloop's name sounds familiar, you probably played their dreamy, creepy escape game Escape from 26, and if, like me, you thought the surreal scenario of waking up to find yourself trapped in an enormous birdcage held even more potential, you'll want to check this out. As the game starts, you wake up to find yourself strapped inside a rapidly sinking submarine. Managing to escape in the nick of time, you find yourself still trapped inside a bizarre cage that encompasses ocean, beach, and lighthouse. Bigloop has a great visual style and is definitely worth checking out if you like your escape games with a heaping helping of mystery, and this one should definitely be on your radar. 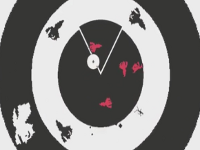 Circa Infinity When Kenny Sun contacted us about their upcoming game that blends "twitch-based gameplay with puzzle elements", they likened it to Terry Cavanagh's Super Hexagon as a puzzle platformer, which sort of makes my skull hurt, though having seen it, you might also sprinkle in the hacking minigame from Mass Effect liberally combined with Shift as well. You'll race around a circular environment dodging enemies and hazards by flipping in and out of each layer while trying to reach the core. Throw in boss levels and new mechanics as you play, and you have a unique looking game that could provide the challenge you're looking for. Check out the free Mac and Windows demo on itch.io. 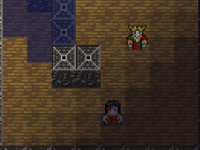 Golden Krone Hotel You may remember Humbit's turn-based vampiric roguelike from our original review in 2014, and if you've been hankering for more sneaky bitey incenerate-y action as you swap between human and vampire forms, you're in luck since the game has a lot of updates planned to make it even bigger and better than before. You'll need to make use of both forms to manipulate and deal with the humans and vampires within the hotel, as well as a dynamic lighting system that can even let you incinerate your undead foes. Check out the original playable browser version to try it for yourself and then head on over to Greenlight!

Dora it looks like the link for Dreamcage has gone bad! This link looks like a working one: https://www.kickstarter.com/projects/780862622/dreamcage-28

Thanks for sharing these, they look quite interesting!