This week are three featured games puzzle platformers and one purely puzzle game. The first enjoable puzzler by Pedro Lima is an atmospheric game with attractive visuals and soundtrack, and is followed by Noa Dev' game with two characters whose movements mirror each other. One of the best and most reliable authors, Rob Alvarez (rob1221), is back with a fun game that will have you jumping around a lot. The last comes ZeF with color puzzler (color blind mode is available). 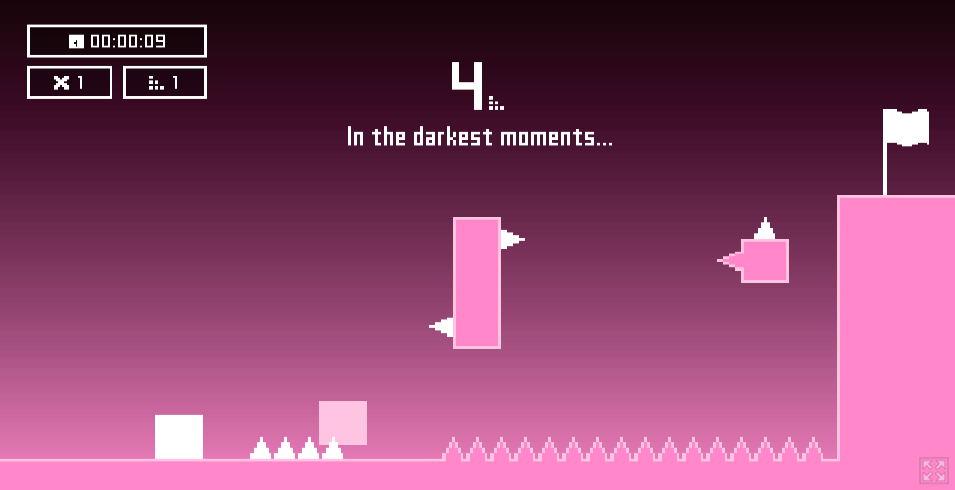 As we've seen a few times recently, puzzle platformers can have atmosphere and story, and there are many ways in which the concept of the game can be varied. Pedro Lima's puzzle platformer is one of them. It's an enjoyable game with a calming soundtrack and polished graphics, and rather forgiving.
Controlled by WASD/Arrow keys, autosave, 20 levels.

We've encountered Noa Dev's games a few times before, and they've always been well-made variations on a familiar theme. You've probably played before puzzlers where are two characters, and one of them mirrors the movements of the other, but it's an interesting idea and quite a relaxing game.
Controlled by WASD/Arrow keys, Space/U/C/O to teleport, autosave, 27 levels.

The latest game from Rob Alvarez (rob1221) can't be found on itchio so I'm posting the link to KBH Games. It's a platformer with an original idea - the number of uses of one platform is given so you need to plan well your jumps to use each platform as many times as you have to.
Controlled by WAD/Arrow keys, R to reset, autosave, 24 levels.

In ZeF's game you need to get the ball into the goal. This is simple - however, you need to create a path, and also color the ball which is not so simple.Especially when there are more balls. It's slow and relaxing game and there is a color blind mode too. Nice.
Controlled by mouse, autosave, 28 levels.

Journey in the Mine

4,000 Views
3 Comments
chrpa— Jayisgames needs your help to continue providing quality content. Click for details It's been four years since we had the opportunity to enter the wonderful world of Jo99 and Kronsilds. Now they're back with a beautiful and touching story about...  ...

3,461 Views
0 Comments
chrpa— Jayisgames needs your help to continue providing quality content. Click for details Welcome to the Roundup 57 with three games! As mentioned in the previous roundups, only odd-numbered episodes are featured since even-numbered are for Robin Vencel's patrons. More...  ...