The tomoLaSiDo's game is not an escape - you are supposed to solve puzzles on cans and open them then. A couple of them were published earlier in Weekday Escapes under name Motto Akeru; it was always one can - now we've got a full vending machine! John Vanderhoef's point'n'click game is short and fun, and then we've got two variations on well known theme - mirrors-and-lasers puzzler by AliAlAni and sorting colorful liquids by Blury Studio. 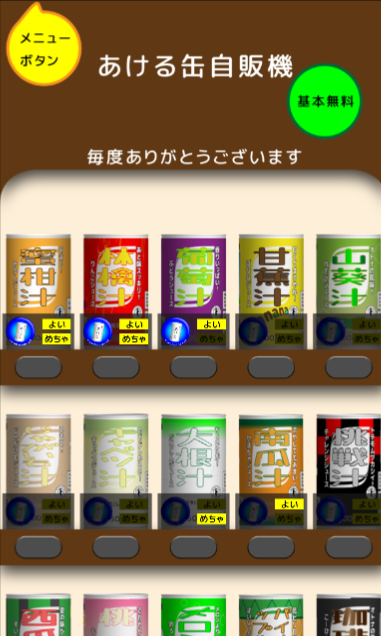 You stand in front of tomoLaSiDo's vending machine containing fifteen cans. To open a can you need to solve three puzzles, an each can has one dual puzzle...that's sixty puzzles to solve! Some are very simple, some not so much...and some are based on Japanese characters. I haven't opened all cans yet but so far it seems that to solve these is only visual memory required.
Controlled by a mouse. Autosave.

The game is available for mobile devices running Android.

There Be Gold Down There 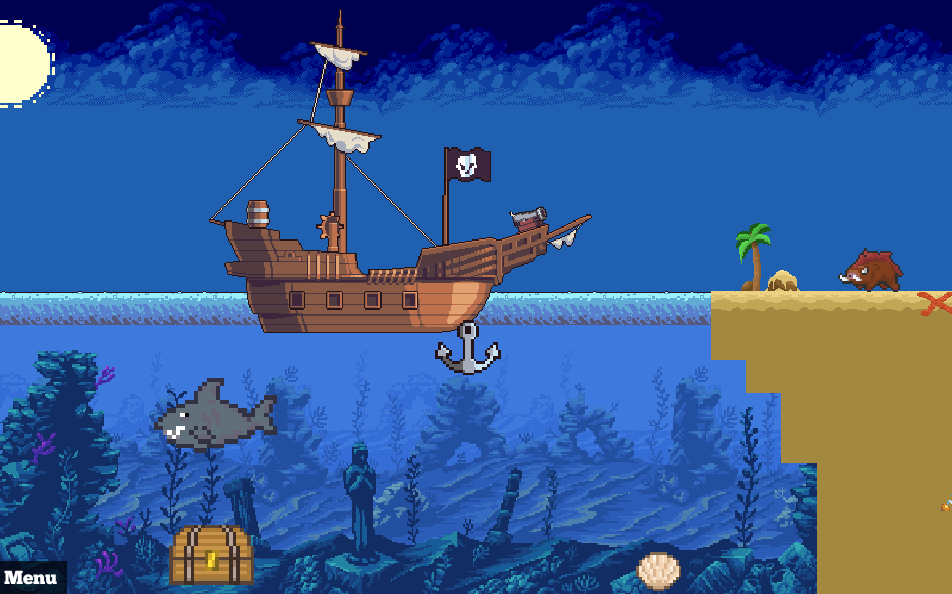 One scene point'n'click game John Vanderhoef is quite short but fun - can you find the treasure around your ship? Is is burried at the bottom of the sea, on the shore or somewhere else?
Controlled by a mouse.

The puzzler by AliAlAni is a lasers-and-mirrors game with a stylish design and simple rules. On each level are three lasers in three colors, and you need to place mirrors in the right places to reflect the laser rays correctly and activate the black tower.
Controlled by LMB and RMB. No save option (and not possible to choose a level).

There are tons of games where you sort colored liquids. This one by Blury Studio is well done - the best for pc I've come across so far - and relaxing though it gets trickier during playing; it's fun too and not monotounos (within limits) - later in the game are added various pouring implements.
Controlled by a mouse.

Available for mobile devices too (with long, loud and too many adds).

Delighted to see tomoLaSiDo consolidating their can open games in a single item. These can be devilishly tricky, but they're a lot of fun!

There's a slew of these older standalone can open games on the site, and a number of them are in WebGL. Would love to see these on JayIsGames when pickings elsewhere are sparse—these can open games are very short, but very sweet!

Can game also works on pc :)

That's a great idea, thanks a lot for the tip!