In Neonesque's puzzler you are supposed to find your way out from abandoned labs and reveal its secrets (and not let yourself discouraged by its looks and slow beginning). Wala Interactive's variation on lasers and mirrors is slow and not demanding if you use their hint system, and the puzzler by Default Labs and Kultisti offers too a slow and relaxing fun with a fitting soundtrack. 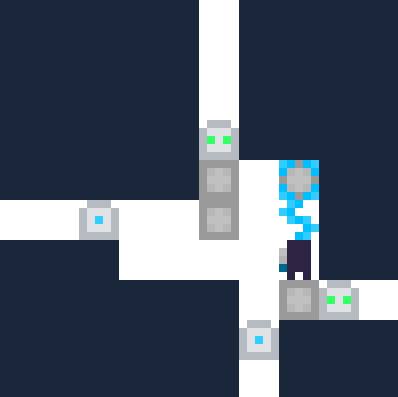 Neonesque's puzzler made in puzzlescript offers much more than can be seen at the first sight. As all puzzlescript games, this one has basic graphics and big pixels and doesn't look interestingly, but if you give it a chance and try it for a while with some patience, you get a great game with much to explore and to do. There are mysteries, strange devices and puzzles to solve in abandoned Remnant Labs!
Controlled by WASD/Arrow keys, Space bar/, autosave. 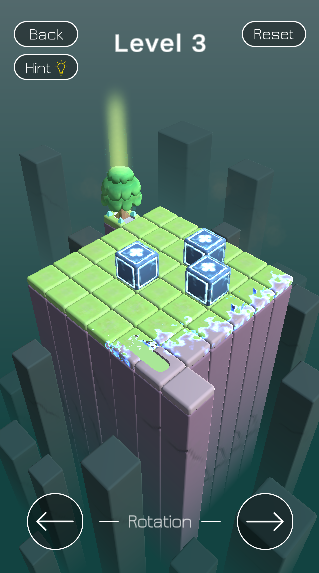 Puzzler by Wala Interactive is all about lasers, mirrors and reflections. To clear a level, you need to deflect laser rays or destroy a laser to clear a path between a bright green blob and a dry tree. When the path is ready it appears and the blob moves by itself to the tree. You can rotate the whole scene in order to see it from another angle with down arrow buttons. The game has implemented a hint system.
Controlled by a mouse, 30 levels, autosave. 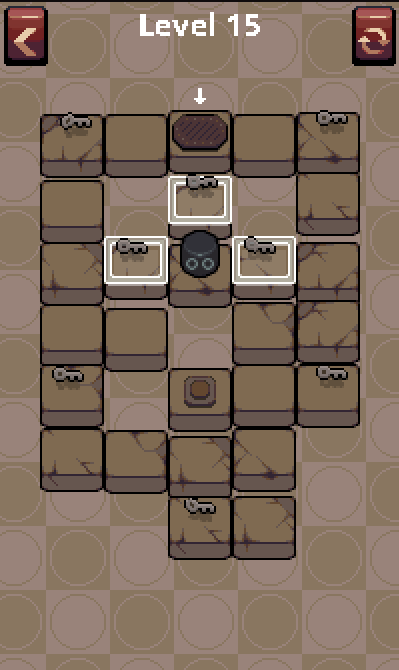 The puzzler created in the collaboration between Default Labs and Kultisti is cute and clever as usual. Your task is simple, you need to get your dark blob to the exit. Each level is an island of hovering tiles and each tile disappears after you leave it, so planning of blob's moves is crucial. Later in the game when levels get more complicated you can return already disappeared tiles by pushing a switch, and even later in the game are some tiles fixed. Well done and pleasant game.
Controlled by WASD/Arrow keys, R to restart a level, 30 levels, autosave.