Magnific Studios' cute puzzler has simple rules and is not demanding at all. If you were wondering what are all the similar games for mobile devices about, now you can try one on your pc. Or skip it, and go for definitely more demanding typing adventure by senokos where you create your own means for overcoming the obstacles by typing. Tiny Escape by DarkryCZ accompanied by a nice soundtrack takes you for a slow adventure in a forest. 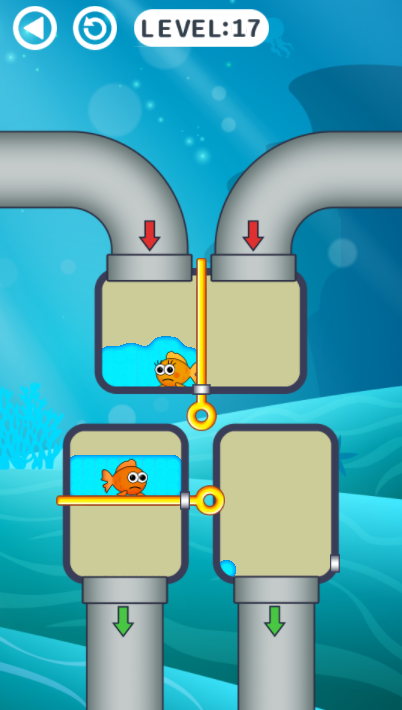 There is one type of game which ad I regulary have to watch between levels in mobile games. It features a hero (a hero can be a fish, too), a treasure (literally, but can be a significant one too) and a danger (a wild beast, lava, etc.), and you are supposed to join a hero with a treasure. I've never installed such a game but I am a bit curious - no wonder after all the ads. To my surprise, Magnific Studios created game in this style for browsers. It's cute and rather silly, but fun.
Controlled by a mouse, autosave.

The puzzler platformer by senokos interestingly connects an adventure in a dark castle ruins with typing, what means that by typing you create the platforms by yourself. It's clever and fun, but quite demanding on speed of typing and its coordination with your hero's moves.
Controlled by a keyboard, Space or a letter to advance, Enter to speed up, autosave. 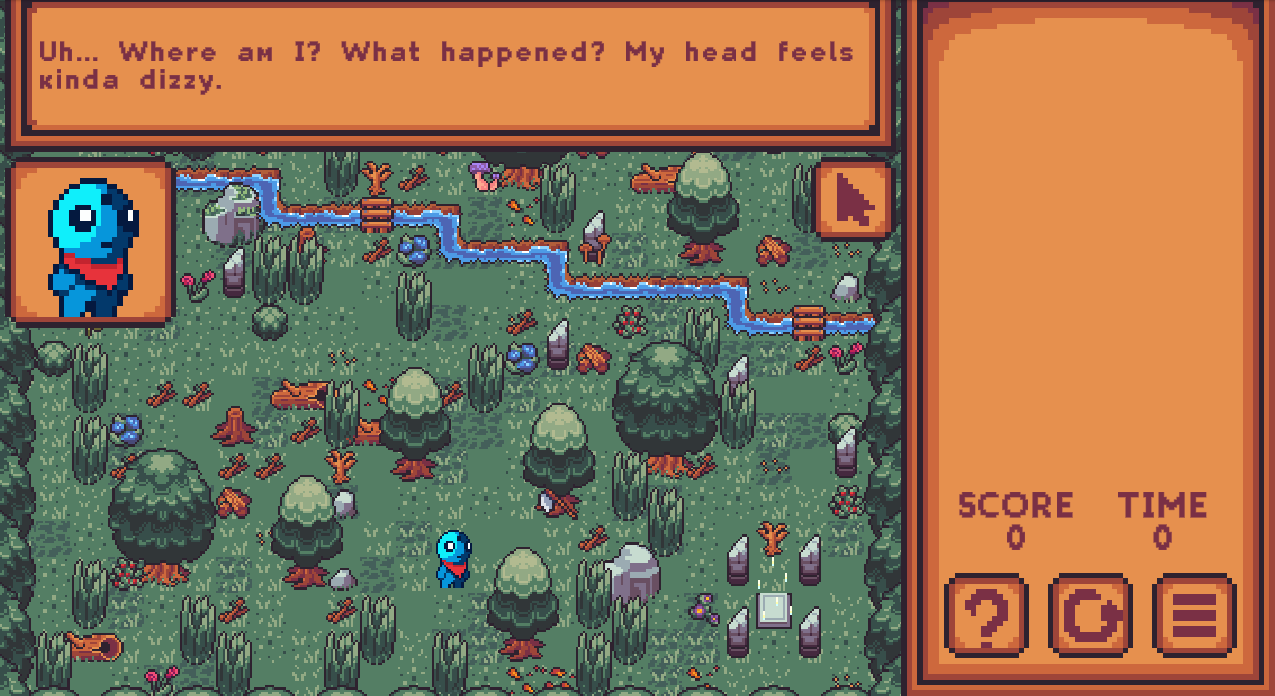 In DarkryCZ's cute small adventure you guide your protagonist through a forest full of obstacles. The obstacles are not big but the little guy apparently can't jump or climb, and so you need to remove every stick and twig in his way. On the other hand, he has woodcutter skills, and is able to cut his way through, so your first objective is to find a tool and then go!
Controlled by WASD/Arrow keys, breaking items Space bar, crafting shortcuts E (axe), R (pickaxe), T (shovel), autosave, 8 levels.

3,654 Views
7 Comments
chrpa— Jayisgames needs your help to continue providing quality content. Click for details Hi, welcome to Weekday Escape! This week is a bit different - we've got two games from new devs (I hope they would give us more games...  ...