All three games in this WP are well done and a joy to play. MrNannings' puzzlers are always interesting and this time they brought a new concept - a vacuum attraction. The game is quite different than it seems at the first sight. Kultisti's dark adventure of two planets far away in cosmos is simple and strange, and Kiphla's puzzler apart from a good logic part looks very well, too.

In a very well executed puzzle game by MrNannings you operate a vacuum ball and to clear a level, the ball needs to absorb all white cubes. You attract other shapes and cubes in other colors, too, and thus is more difficult to avoid other objects than to collect the cubes since the ball's attraction is strong. Your ball moves slowly and it's well controlable. High playability.
Controlled by WASD/Arrow keys, 50 levels, autosave. 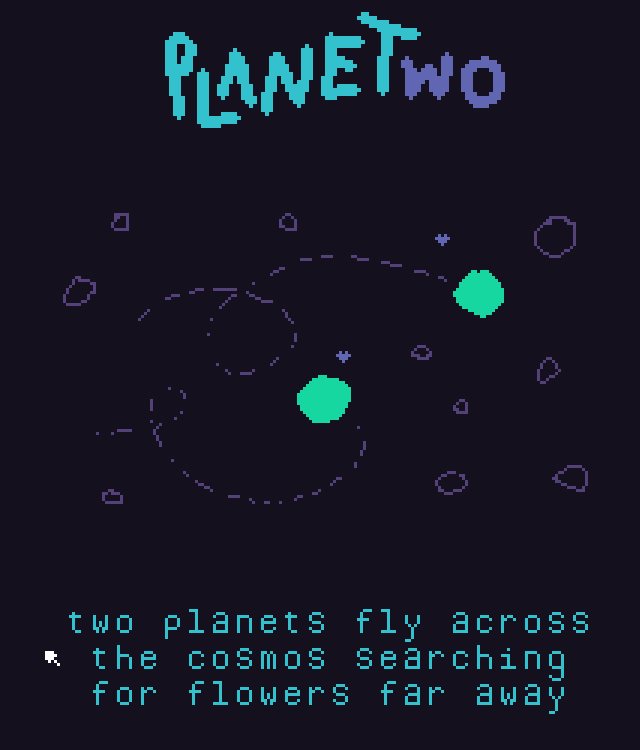 Two planets fly across the cosmos to search for flowers far away and on their journey they need to overcome obstacles and avoid various attacks. The latest Kultisti's game has easy rules - to get into it and pass a level is another thing. The concept is very original and when you master it it's fun to play.
Controlled by AD/Arrow keys/a mouse, 10 levels, autosave. 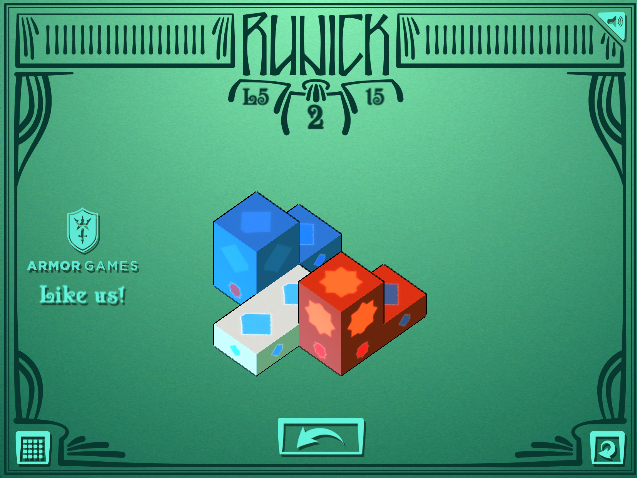 Kiphla's puzzler is about two shapes (cubes/spheres/blocks) on a tiled platform, a blue one and a red one, which can roll. While playing you can - you have to - switch between the shapes to mark each tile according to its symbol. The game is visually pleasant, has a soothing soundtrack and overall it's a good relax.
Controlled WASD, R to restart a level, U to undo a move, Space/Enter for shape switching, 64 levels, autosave.

Runick actually has 64 levels. You can swipe the level select to the side to get to four pages of 16 levels.

Thank you. I will correct it tomorrow.