Dev Dude's Match-3 puzzler is slow and not very demanding. Good relax. In almostnot's puzzler you need to concentrate more on passing the labyrinth but playing with the special ability your cube has is fun. Then comes serious business. In Studio Seufz's game, you decide about life and death of many! 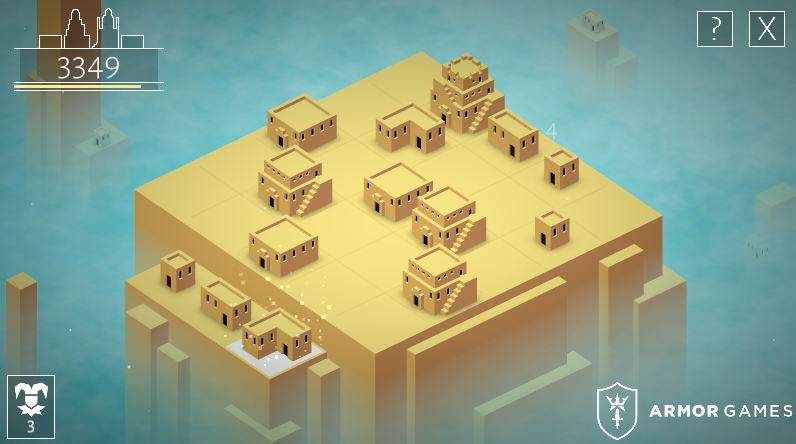 In Dev Dude's puzzler you get a limited space where you strategically place new buildings - you can always see the next three coming - in a way to create the biggest possible city. The game is rather slow-paced and therefore makes a perfect relax game - you can play it and don't need to concentrate much.

For players who aren't familiar with Match-3 puzzlers' rules is implemented a short tutorial at the game's beginning. Controlled by a mouse. 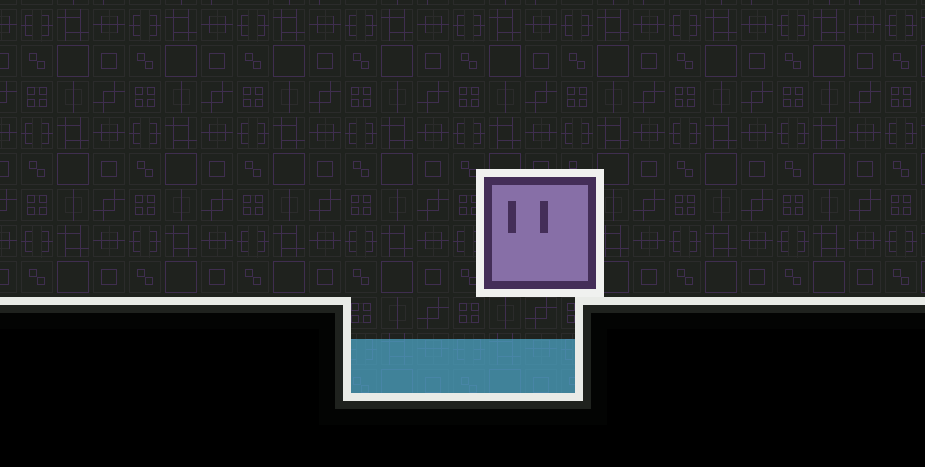 The purple cube travelling through a labyrinth has one special ability, it can change its size but its density doesn't change, so when it's large it's much heavier and slowlier than in its small form. The game has eye-pleasing minimalist design and almostnot's creativity is huge.
Controlled by WASD/Arrow keys, Z to get larger/smaller, R to restart, autosave.

A puzzler with similar mechanics as this almostnot's game was published in WP N°49 (Color Shift) - you were trying to get through a labyrint, and your cube was step by step gaining new abilities.

Games posted in WP are mostly brand new. Not this one - Studio Seufz's game was published some time ago - but it's fun. A goal of all involved protagonists is to become a king... unfortunately, the kingdom already has one. Well it's time for brutal solution, the taste of power in veins is a strong drug!
Controlled by Space bar.