Jani Nykänen's pixel puzzler is fun - it's Pacman-like game with blobs. In pancelor's puzzlescript puzzler you need to get boxes on their marks, and the next action game was created in the collaboration of Default Labs, Kultisti and patetfisk and is about eggs. The last comes remastered charming short puzzle game from 2008 by Daniel Benmergui. 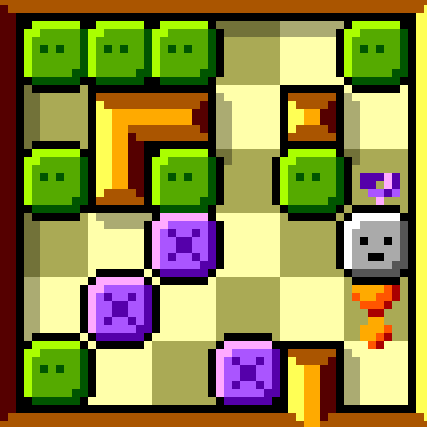 Combination of Pacman-like game and ice sliding puzzle game by Jani Nykänen wants you to swallow all bugs in a level - except the blue ones which are inedible - to get to the next one, and it's very well executed and cute - a good relax.
Controlled by Arrow keys, R to restart a level, autosave. 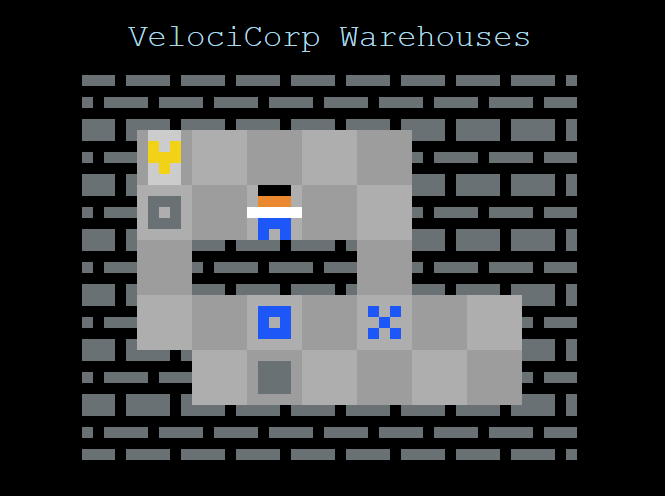 The game where you need to move boxes on the marks (and think about it a lot) by pancelor is made puzzlescript puzzler and has very simple graphics and rules. There are many of those but the uniqueness of VelociCorp Warehouses lies the variability of puzzles and funny texts between the levels.
Controlled by WASD/Arrow keys, Z to undo, R to restart, 15 levels, autosave. 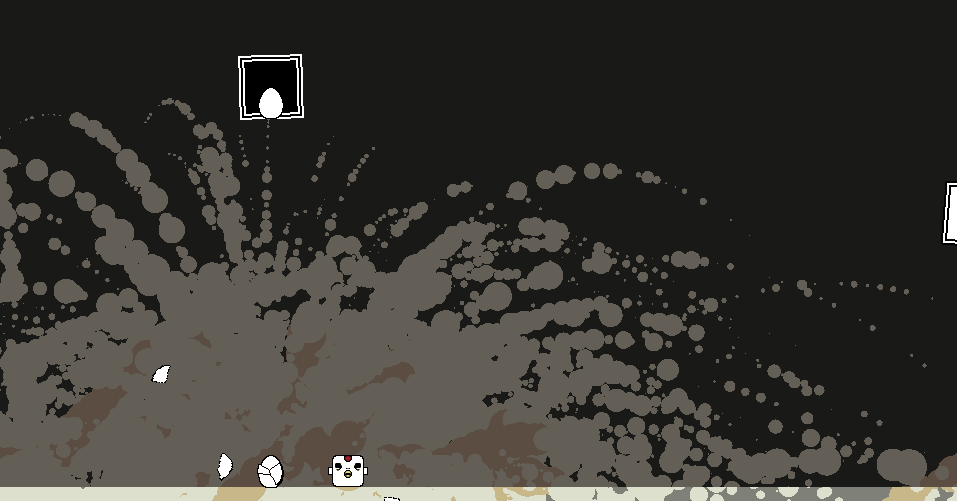 In the collaboration of Default Labs, Kultisti and patetfisk was created existencional game, quote: "In the space between life and death a chicken is tasked to decide the fates of others by transporting their souls across death's gate". Shortly, you are a chick and you are catching eggs, trying to bounce them to the right place. If they fall down they break. What a mess.
Controlled by WASD/Arrow keys, autosave.

I Wish I Were the Moon (remastered) 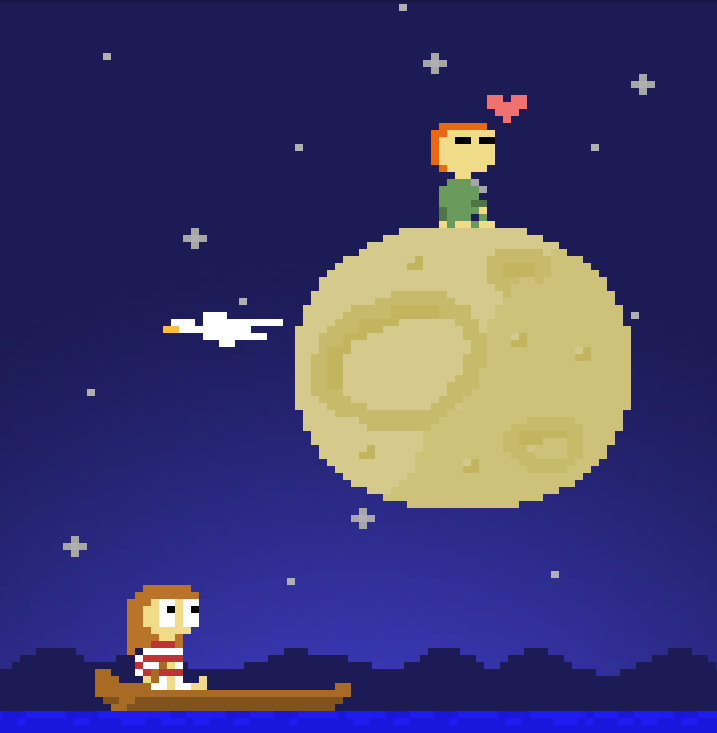 Puzzle game by Daniel Benmergui was created in 2008 and became an iconic short love story told in the form of a puzzle game. It has one scene only and six endings ('Bring Me The Moon', 'Burned', 'Goodbye', 'I Am Your Moon', 'Goodby', 'Lost Moon' and 'Tragedy') but one ending can have different content .
Controlled by a mouse.

4,733 Views
0 Comments
chrpa— Jayisgames needs your help to continue providing quality content. Click for details Welcome to Mobile Monday! In the first game by Kansho (Saburou Konuma), still holidayish, you find yourself in high mountains locked inside Santa's cabin, When you escape...  ...

4,506 Views
1 Comment
chrpa— Jayisgames needs your help to continue providing quality content. Click for details Welcome to the Roundup 37 with three games! As mentioned in the previous roundups, only odd-numbered episodes are featured since even-numbered are for Robin Vencel's patrons. More...  ...

4,041 Views
17 Comments
chrpa— Jayisgames needs your help to continue providing quality content. Click for details Hi, the newest Weekday Escape is here! At the beginning you are supposed to escape from two U.S. states with Selfdefiant, and then you find yourself in...  ...

373 Views
0 Comments
jayisgames.com— PONOS Corporation is going big this Lunar New Year with a series of events and stages for its smash hit tower defense game The Battle Cats....  ...