Welcome to the fat and juicy Weekday Puzzle!

The first puzzler by Stephen Lavelle and Pancelor is simple and fun - you controll two squares both moving as in an ice sliding puzzle. In the platformer by Magnific Studio you need to explore islands and collect the gems and treasures. The last game by Wei-Fan Chen tells a story about a stranded spaceship and a little android, who is desperately trying to fulfill his purpose - to protect one plant and deliver it to the Earth. 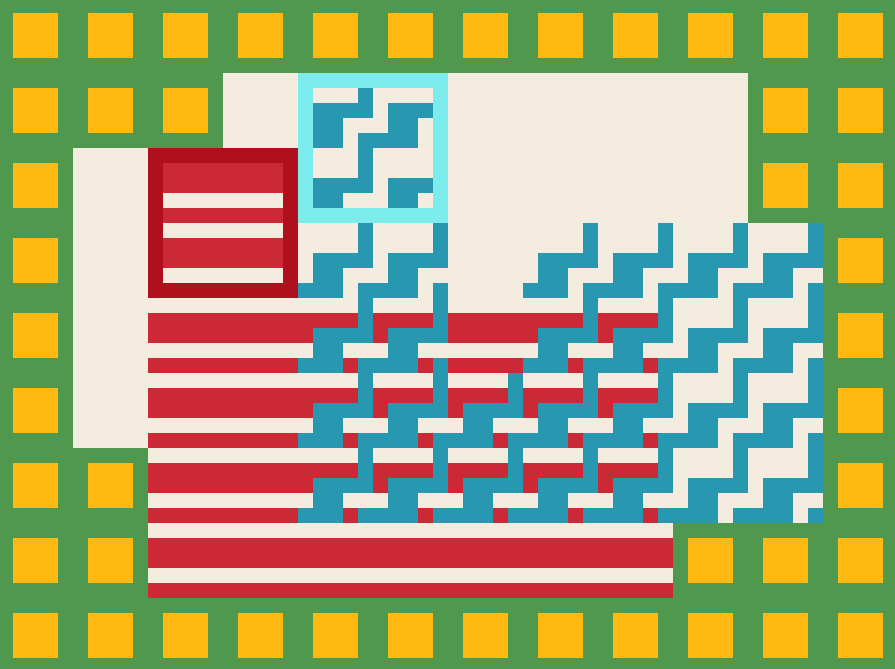 The puzzler by Stephen Lavelle and Pancelor has simple goal and the game's name expresses its objective - to pass a level, you need to cover every inch of the space by both available patterns, red and blue. It's fun but the result not so much...maybe one paint would be enough...
Controlled by WASD/Cursor keys. R to restart, U/Z to undo. Autosave. 20 levels. 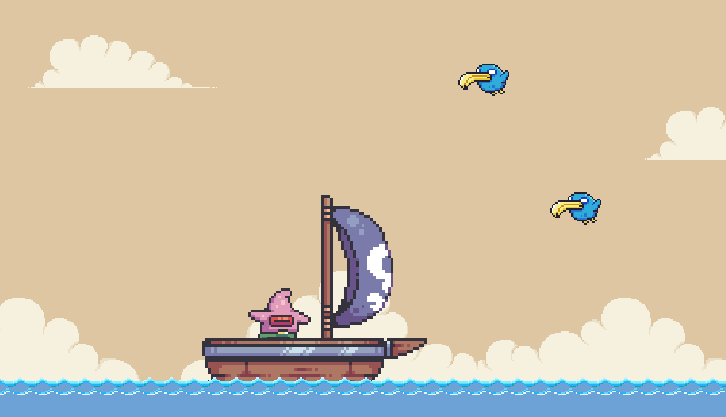 Cute platformer by Magnific Studio studio introduces Ringo Starfish who sets on a magical island hoping to find hidden treasures there, and his feeling is right, there are indeed gems scattered around the island and treasures, too. Where are treasures are usually enemies but Ringo Star is able defend himself - he can jump, kick the enemies down or fire at them.

Controlled by WASD/Cursor keys. WW for double jump, X or J to fire. No autosave. 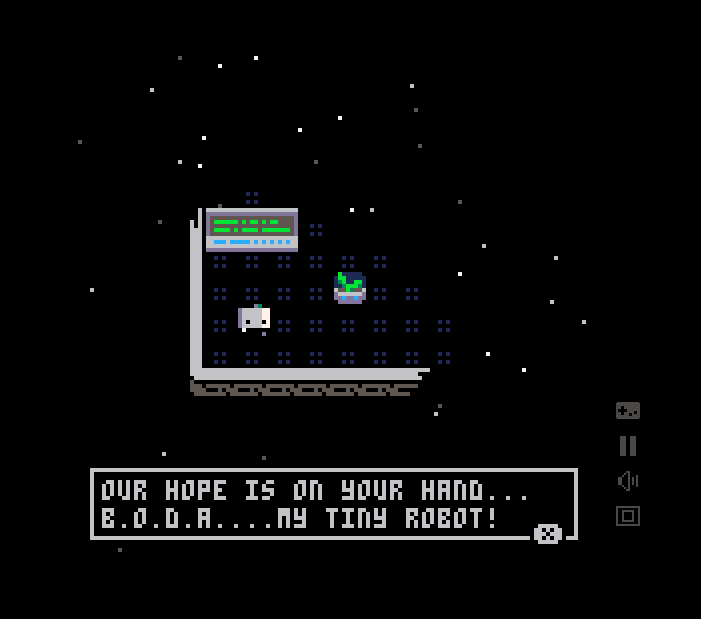 B.O.D.A. is a cute lonesome andoid - precisely Botanicaly Observation and Deliver Android - and he's left on his own because the spaceship, which is supposed to bring back plants to humans and save the mankind, has been damaged by meteor shower. The mission is threatened and B.O.D.A. needs your leadeship to protect the plant, deliver it to the right spot (and avoid the enemies), and most of all, re-activate the hyperengine of the spaceship. Also, don't break any poor computer, please. The spaceship is damaged enough.
The game mas made with ♥ by Wei-Fan Chen.