Games featured this week are puzzlers only - some easiler, some more demanding, but definitely feed for your brain. In the game by SkrProductions you need to choose the right way for a rolling cube. With Surya Narendan you get to a warehouse at the North Pole and Jon Topielski's game tests your creativity in mathematics. Bonus game is by Stuffed Wombat. 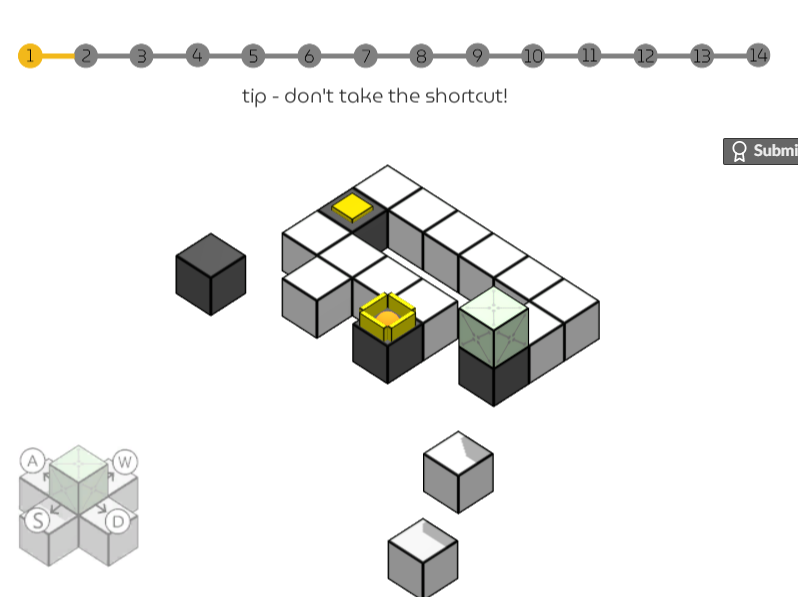 SkrProductions's game with attractive graphics has one goal only - to deliver a cube to the yellow ball. At the beginning of a level is the ball unaccessible though; you have to push the right switch on your way and then get to it. What's important is the path you choose.
Controlled by WASD. No autosave. 14 levels. 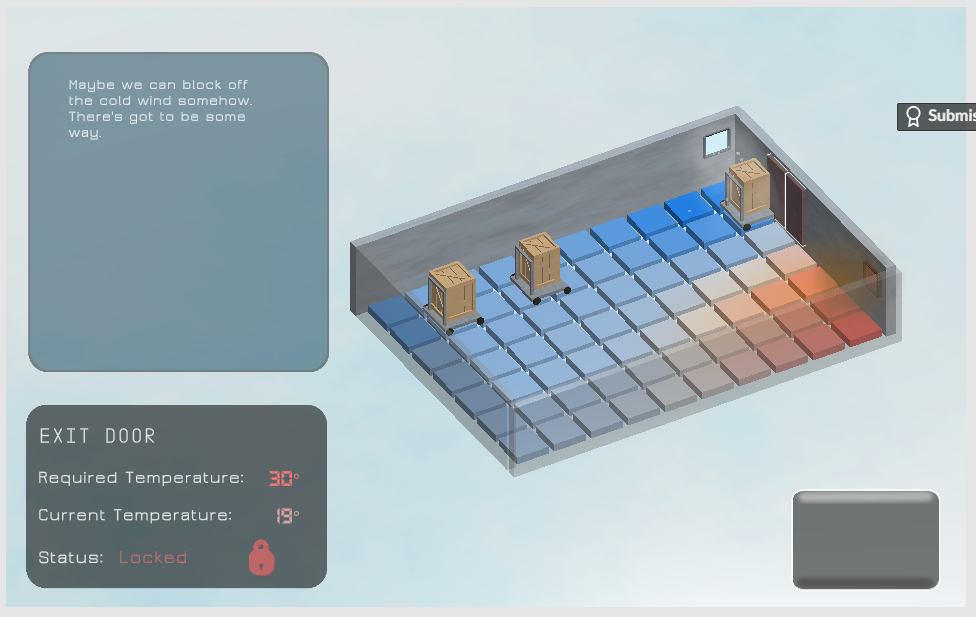 Very well executed puzzler by Surya Narendan takes you to the North Pole to fix problems in a warehouse. The problems aren't marginal - doors in the warehouse aren't opening since they require certain temperature and the floor heating doesn't work properly from various reasons. In each room you need to manage the situation differently. Temperarture is a key!
Controlled by a mouse. No autosave. 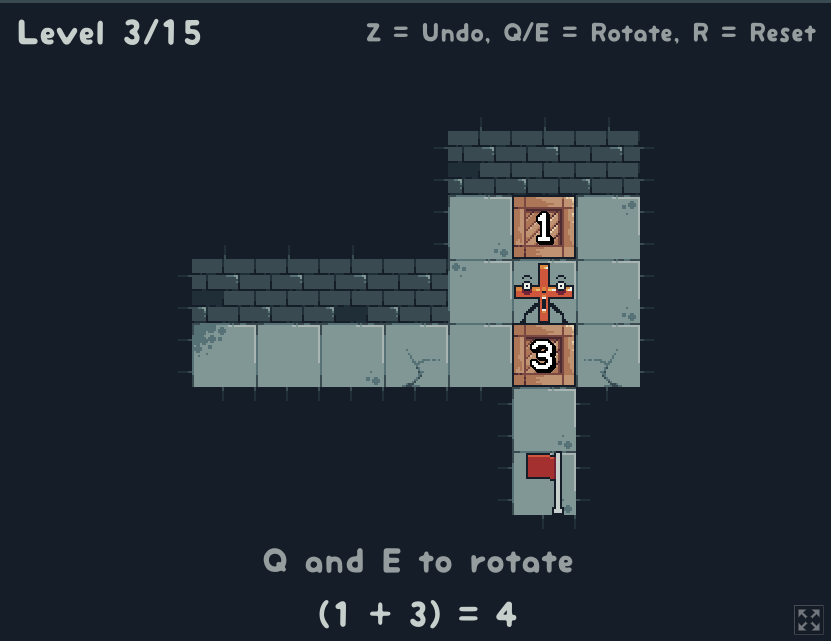 Puzzler by Jon Topielski wants you to solve purely mathematical problems. You are a plus sign (or a minus /a multiplication sign) and to exit the level, simple arithmetical problem is to be solved. It's more tough than it sounds...
Controlled by WASD. Z for undo, R for reset, Q/E for rotating. No autosave. 15 levels. 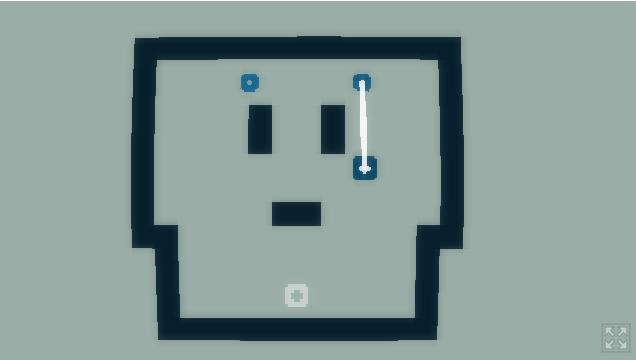 Edge Case was fun until I got to Level 4 or 5 (wasn't counting) BUT -- solved the level and game wouldn't recognize that I had. So unless the solution to this level is somehow different than the others, will start over and see if the same thing happens. Amazingly smart & addictive game, especially considering it was made in only four hours!

3,365 Views
0 Comments
chrpa— Jayisgames really needs your help to continue providing quality content. Click for details Once upon a time, Senya, a knight, got a message - in fact, a cry for help - from an imprisoned princess. He set on a...  ...