We start with very well done and funny adventure by Fredrik Edman. Its only flaw is the length - wish it was much longer. If you miss moving boxes you can move few in a tough puzzler by Carlos Pedroso. Golf-themed puzzler by Lycoris102, on the other hand, isn't demanding. In the eerie bonus game by Genius you need to help a man with his dog to get through a strange and unfriendly world.

Point'n'click adventure by Fredrik Edman doesn't take long but it's a quality adventure with a good story, magical atmosphere, plot twist and proper ending. Marilyn the witch is affected by short-term amnesia and you are supposed to help her to realize who she is, where she is and what's going on in the weird house she found herself.
Controlled by a mouse. No autosave. 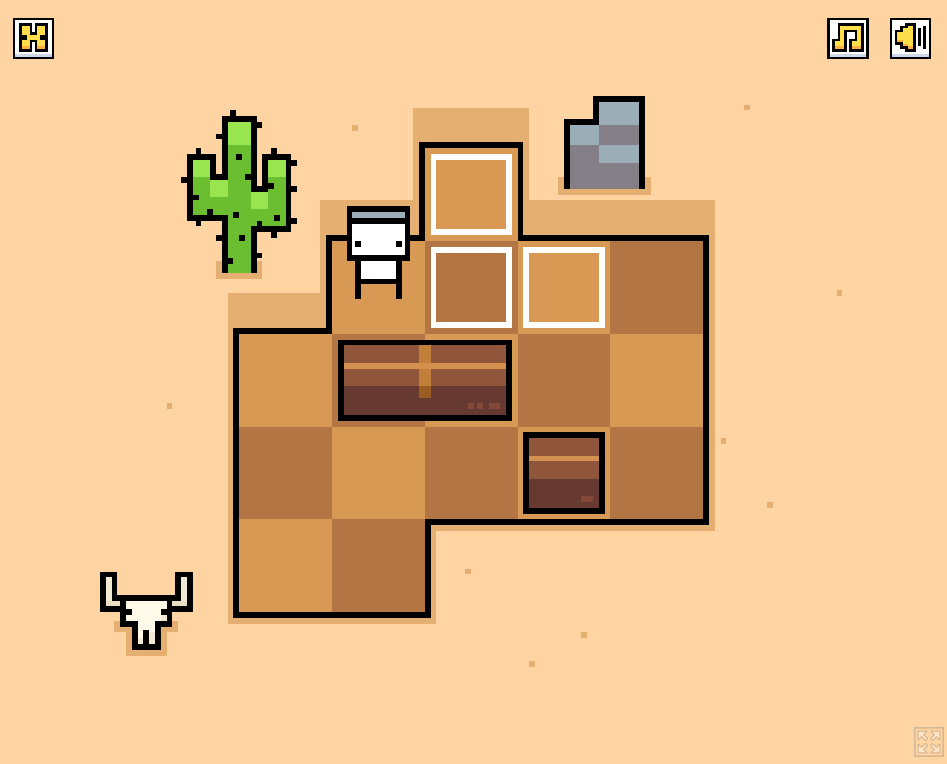 Bob is a mover and loves his job. To be able to carry it out he needs the strenght, of course, but developed combination skills, too. The rooms where he's supposed to move furniture have complicated floor plans and the furniture is big. Yes, Carlos Pedroso's game is about moving boxes. Clever and fun.
Controlled by Cursor keys/WASD. Autosave. Z to undo, R for restart. 16 levels.

Puzzler by Lycoris 102 is obviously golf-themed and the two O's in the game's name stand for two balls. To pass a level, you need to deliver two balls into the hole. You can check the track of both balls before the drive.
Controlled by a mouse. No autosave.

Bonus game: The Last 2 by Genius has some text in Japanese but can be easily played without the language knowledge. You need to figure out a way through post-apocalyptic world for a man with an umbrella and his dog. The umbrella is important since heavy rain is going on - it's not water what's raining, though.