There's something attractive in mastermind games, and 1lucas created the classical one for single players. Neutral remade her match-3 game from flash, and Robert Alvarez is back with another clever and cute puzzle game. Bonus game by Jutaka Kinjo.

This singleplayer browser version for Mastermid lovers is by 1lucas. As standard board game has eight colors and twelve attempts. For players not familiar with the game's concept - you need to figure out the combination of four colors. Place any four colors to the first row, push the green check and you get a response - red point for the correctly placed color and white point for the correct color wrongly placed. Do the second row accordingly to the response and you get another response etc.
Controlled by a mouse. 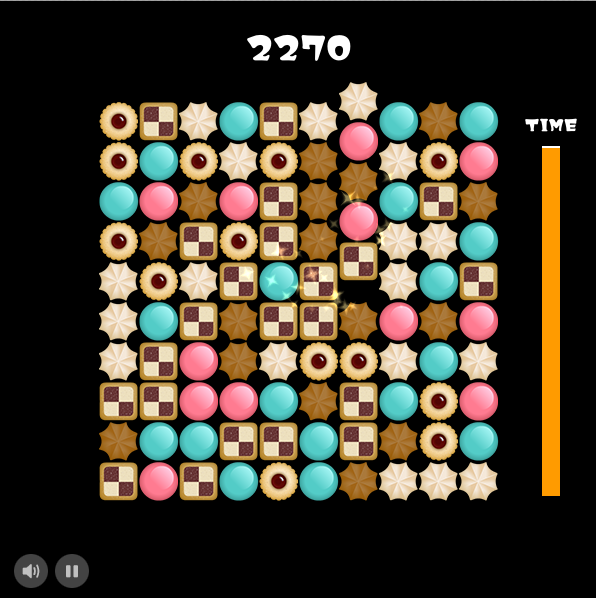 That's not the announced new game by Neutral (yet) but their older match-3 puzzle game originally in Flash, recently resurrected. Bon appétit! Not kidding. The crisp sound does make a player hungry.
Controlled by a mouse. 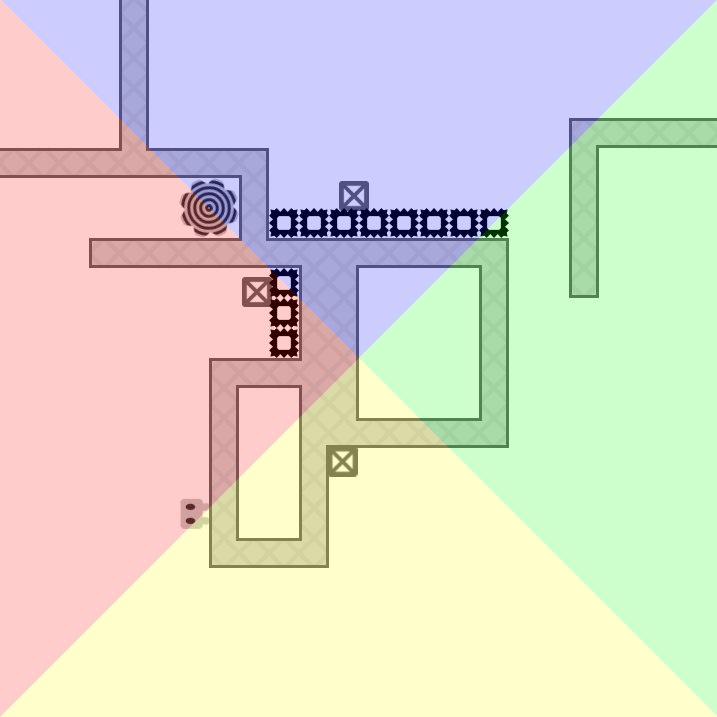 Robert Alvarez (rob 1221) created clever and cute game again. This time he plays with gravity. Levels are squares divided into four parts, and in each part gravity works in different direction. You need to get your blob through the level. Pushable boxes are there too.
To move use Cursor keys or WASD, to jump Space key, to reset R key. The game has autosave. Twenty four levels.