Hello and welcone in 2023! The first Weekday Escape is here!

We'll start with our usual favourite developers, Amajeto and tomoLaSiDo. Then comes a slightly belated Christmas game from Esklavos, followed by two thank-yous - from Rinnogogo who at the moment is the only creator of escape games that come out often and are of high quality (and beauty), and Nekonote, who we haven't heard from in a long time. We players thank you all!

No puzzle games in this Weekday Escape. Weekday Puzzle will be published tomorrow.

The game by Amajeto has nothing to do with Christmas or the New Year, but never mind. It is again a game with a single scene, and as we already know, there are plenty of puzzles in such games and they are just as fun as bigger games.
The cursor isn't changing, save option, one ending.

Escape Challenge 178: Room with a Kotatsu 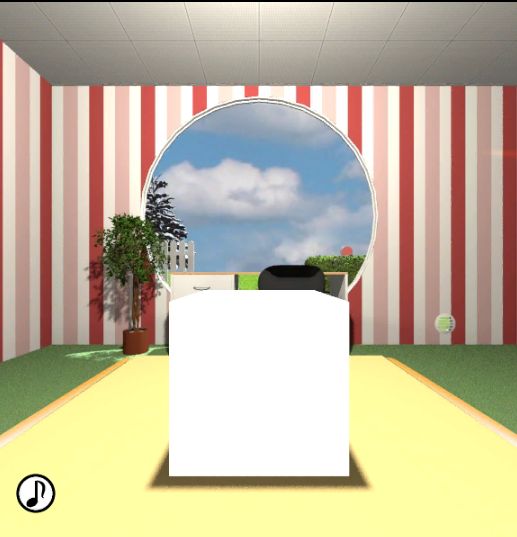 I'm not sure of the title of tomoLaSiDo's last game due to my zero knowledge of Japanese, but the translators translated it like this. I don't know. Anyway, the game is different, and you might be confused for a while about what is actually being asked of you - the only sensible advice is to click on everything that comes to mind - and see. The path will present itself.
The cursor isn't changing, no save option, one ending.

Esklavos followed up on his earlier New Year games and here's the result. The Christmas elves are not as rebellious as in previous games - after all, they are not supposed to make presents for the children, but to provide a few courses of lunch for a hungry giant. Maybe they're a little scared...
The cursor is changing, autosave, one ending. 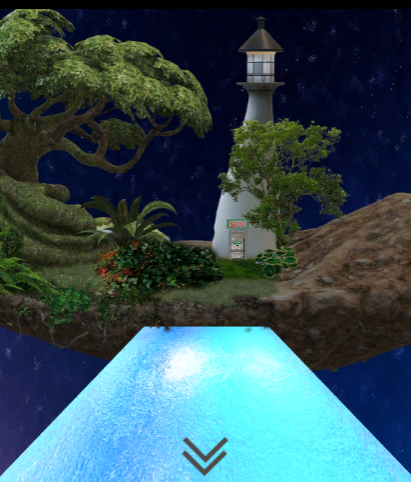 This charming game by Rinnogogo is shorter than their usual games, but it still has plenty of puzzles. A walk through the dream house is actually a thank you for playing their games - I'm not sure if it's us who should be saying thank you!
The cursor isn't changing, autosave, one ending. 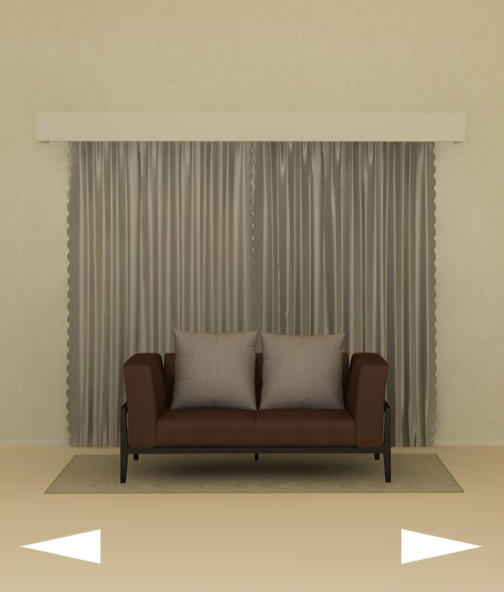 Finally, we were reminded of Nekonote with a small but very well crafted game. Good that they are still active and I hope we get a longer game - although the one we got now is plenty enough!
The cursor isn't changing, no save option, one ending.

I always save the best of each week's escapes for last (and that's usually an Amajeto or tomoLaSiDo). But this week—oh boy, where to begin?
🙂🙂🙂

Sad that [thanks 2022] doesn't run under Firefox (as the page warns). Adobe Animate can run beautifully across any modern browser, as we know from hundreds of Monkey Go Happy games. I hope Nekonote learns how to publish for all browsers, so we can enjoy their games on whatever we have access to!

I try not to complain about games but the Tomolasido was just too much.

I consulted a video walthrough and the pixilation for the chest / drawer thing with all the cups and glassesw was too much. I gave up.

this game made no sense at all.

On Last Night, entry to the lighthouse is a puzzle you've already done before, but this one requires some attention to small details:

That indicates that you should be paying attention to the red MISO letters in the four framed pictures. But this time, you're looking for something else.

Note the color of the SIOO sign's frame!

The sign's green frame tells you that you are now looking for green letters.

Look at the bus (red S), ice (red I), and owl (red O) pictures. From each, note the green letter. For the clue SIOO, you get BELL (you reference the owl picture twice). Enter BELL to open the lighthouse door.

Incidentally, noting things in this game—is Rin a woman? If so, awesome. The world needs more female game developers!  🙂

If you get stuck on Duendes In New Year 2, remember that all the humans have specialties.

The guy near the wine machine does a curious thing when you click on him.

He seems to be kneading.

He can knead the flour and water mixture into raw bread for you.

Escape Challenge 178 baffled me until I realized there was more than one way to look at things.

The box has four sides, and can be viewed from four different angles.

Not only can the box be viewed from four angles, so can the desk itself. Be sure to investigate each view thoroughly!

What an unusual one for tomoLaSiDo—even the ending is surreal.

If anyone's curious, the text in place of the normal bathroom grafitti reads, "Thank you for your continued support this year." Thank you, tomoLaSiDo, for such great games!  🙂

Room With Vases was tricky. Pay close attention to those colored vases near the door—there's a lot to them.

If nothing else, this one was fun for the lamp on the desk and the sconce near the door. They are just soooooo satisfyingly clicky.  😄

4red3s, you might not be seeing that glassware the way you're supposed to.

There's an item which can improve your vision.

Have you thoroughly explored the four sides of the box yet?

Be sure to check the left and right edges of the (table?) from all four views.

One of the views hides a pair of binoculars.

With the binoculars, you can see much better!

The binoculars give you a clear view of the left and right sides of the glassware in the hutch (the two views are individual).

Still can't solve that side of the box? Maybe there is some glassware elsewhere…

Have you looked at the trash can yet?

Use the binoculars again to see the trash can clearly. There is more glassware sitting in the floor near the trash can. Don't forget to count them!

That particular inventory item comes in useful in other areas, too—don't forget you have it!  🙂

The title of the Tomolasido game is actually "the Room with a kotatsu".

I don't want to explain what a kotatsu is; you can read the wiki: https://en.wikipedia.org/wiki/Kotatsu

The game is basically depicting the average Japanese person who won't leave their kotatsu in a cold winter day unless they are going to the toilet.

Escape Challenge 178: Room with a Kettle

Thank goodness, you don't have to see the close up of the clues to get the puzzles. I finally consulted a video and was able to get past that glasses puzzle.

However, now I can't get past the balloon clues. I consulted the video and nothing I do works. The game is almost over and I think I will just finish the video and walk away.

Escape Challenge 178: Room with a Kettle

I didn't see the Firefox warning until too late. Good game amyway.

Any other games I should know about?

apparently does not work in firefox either.

It was [thanks 2022] that doesn't work under Firefox, and it's probably a simple enough issue to fix. Other developers use Adobe Animate with no problems—all the recent Monkey Go Happy games are in Animate, as are Esklavos games like Duendes In New Year 2 here.

tomoLaSiDo's games (which are Unity) always work great under any browser.

Starting with the first balloon, you follow the directions. They take you up, left, up. (The balloon with the face has no significance.)

Enter this path on the box. Click the up arrow, left arrow, and up arrow. Now click the rectangular panel in the bottom-right corner to enter the solution and turn the blue light on.

Don't forget the eject button in the upper-right corner—come back to it when you've solved the other sides.

Ah, so that's what that is! The things on either side are the table skirt flipping up. The whole game makes complete sense now!

Didn't know folks hid so many things under their kotatsu.  😁

Thank you for the explanation.

867 Views
0 Comments
jayisgames.com— It is very easy to diversify the gameplay. It is enough to add new creatures with which you can fight, tame, or use in your work....  ...

898 Views
0 Comments
jayisgames.com— Rogues are masters of disguise, making various kinds of poisons, as well as picking all sorts of locks. They have supernatural powers. In particular, such as intoxicating poison, a blow that paralyzes the body, stunning, depriving the enemy of sight,...  ...

Historical Games Worth Your While

Views
0 Comments
jayisgames.com— The thing about history is that it has inspired a great number of TV shows, movies, and even video games. Game developers have been pumping out titles since the dawn of the gaming industry and some of them are historical...  ...