We've got only two escapes this week - by tomoLaSiDo (unexpectedly easy this time) and a retro one by Primera/Cabeza. The escapes are followed by three puzzlers, the easiest and the most relaxing one is by baba_s, then comes Robert Alvarez (rob 1221) with a new game and then Noa Dev, more demanding than we are used to. 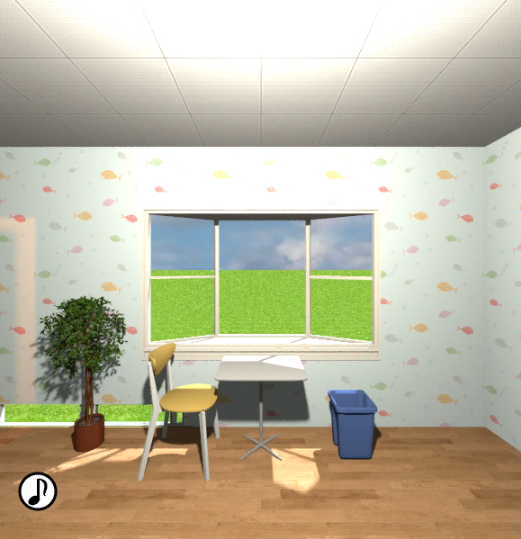 All teeth you keep finding in tomoLaSiDo's room are huge and perfectly white and from some reason each one looks like a sofa. For a perfect ending you need three only and it's not a big deal, this time are puzzles surprisingly easy.
The cursor isn't changing, autosave, one ending.

From Primera/Cabeza we've got another remake of their escape from 2010. You are trapped in a nice apartment full of puzzles in another holiday destination, Okinawa, but you are here to discover the beauty of underwater world and not to stay locked in a hotel room and watching the sea from the window, right? Can you escape?
The cursor is changing, no save option, one ending.

This week is out another cute platformer-like puzzler by baba_s and it's a purely relaxing one. You are just wandering around and collecting treasure chests, and here and there you need to kill some annoying bird or blob - if you move a purple block in a right way it easily smashes them.

Robert Alvarez' (rob 1221) puzzlers are alway a joy to play. We know what to expect - perfectly done logical game - and we got it (again). It's a good relax too - in the starting levels you don't need to think much, just play. The difficulty rises but not insanely - notice, that lava would burn you but water doesn't make any harm.
Controlled by WASD/Arrow keys, Z/U to undo, R to restart a level, 24 levels, autosave. 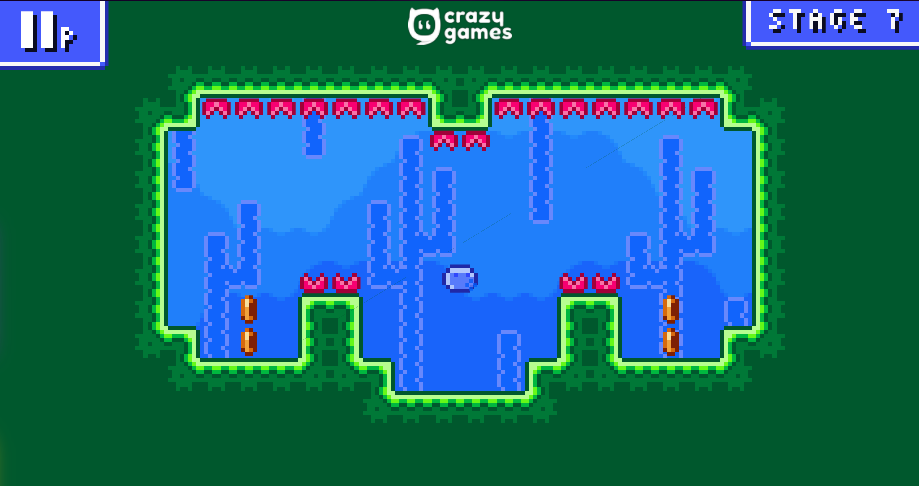 If you feel for a standard platformer, Noa Dev is here with a cute one where you collect coins deep under the water. Starting levels are easy, you just flow around and take here one coin and there another one, but later the situation gets more demanding because walls of underwater caves where you flow are covered with crabs and the tips of their claws instantly destroys your blob.
Controlled by WASD/Arrow keys, R to restart a level. Autosave, 27 levels.

I was curious about the four-letter puzzle in Escape From Okinawa, so I looked it up. Turns out that solution actually means something!

The word haisai is a way of saying "hello" in the Okinawan dialect.

Escape Challenge 163: Room With Teeth is strangely missing the side navigation bars out in the main room. That's messing with my head!

Not sure what I'm seeing but is that a pair of clippers or hedge trimmers behind the flowers on top of the two drawer thing?

I'm sort of getting used to the lack of navigation bars.