Again we start with two Selfdefiant's state escapes followed by two colorful and cute games by Coconut Park about adventures of two pigs.The last comes tomoLaSiDo's escape challenge and you need to find nine kitchen timers in their room to get out.

Escaping New York and North Carolina is simple - fortunately, in both states you meet a helpful young man, who is willing to change his bike/powerboat for a snack or three marbles. That's really nice from them.
The cursor isn't changing, autosave, one ending.

Coconut Park is back with two more remade episodes from their series Booca in the Southern Island. Original games were released in 2012 and though they aren't long it's fun to play (or replay) them. In the first chapter you need to make a chamomile tea to help your friend fall asleep and in the second one is cousin Ahab coming for a visit. Ahab doesn't seem to be in a friendly relationship with the world.
The cursor is changing, no save option, one ending. 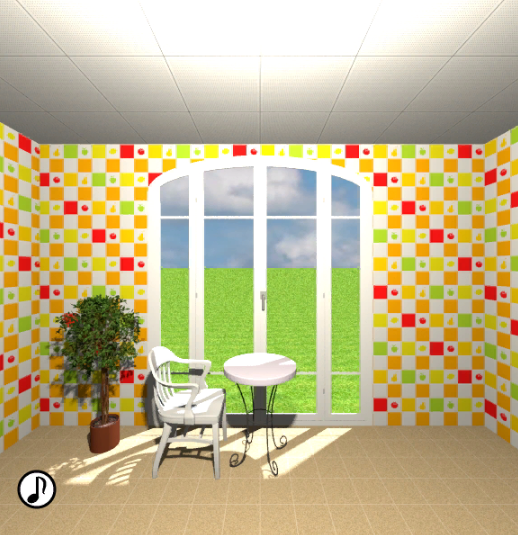 There are nine kitchen timers in tomoLaSiDo's room and you need to get them all - without them you wouldn't be able to solve one puzzle leading to the last piece of the room key. Puzzles are as we are used to - some oversimple, some not so much...and some twisted in the dev's style. No language barrier.
The cursor isn't changing, autosave, one ending.

444 Views
0 Comments
jayisgames.com— Who doesn't enjoy gaming? Especially online gaming. It is a great way to unwind after a long day and transport yourself to a different world. There is a wide variety of games you could enjoy but irrespective of what kind...  ...

5,806 Views
5 Comments
chrpa— Jayisgames needs your help to continue providing quality content. Click for details In their latest game, Rinnogogo tells story inspired by Japanese folklore about Kaguya, a princess from the Moon. The story, set in the present day, has the...  ...