Welcome to the newest Weekday Escape!

The situation with escape games - and with puzzle games, too - isn't getting any better. Therefore I've merged Weekday Escape and Weekday Puzzle in one post this week and we'll see what the future holds. If there are at least three good escape games, I would post regular Weekday Escape.

We start with two state games by Selfdefiant, Mississippi and Missouri. Then we've got tomoLaSiDo - at the moment the only dev who releases escapes regularly - and a short escape by Omura. Then follow two logic games, a puzzler by The4thAD and a sokoban-like game by Misc.261 Games.

We have two bonus 3D escapes this week by Dassyutu, nice ones, but controlling is not simple.

Notice, that Weekday Puzzle will not be posted tomorrow - puzzle games are in this Weekday Escape.

In Mississippi you find yourself on a beach - there is a boat on the horizon but it's not moving closer to the shore. You need a boat to reach it. The boy standing nearby promises to borrow you one for three shells and it's not difficult to get them - I'm wondering though how are we supposed to return the boat...
In Missouri isn't clear how you escape it - on a train? Or with that red shining fire truck? Don't worry, just help to anybody you meet and you get a bus ticket eventually. After you obtain it, the bus appears.
The cursor isn't changing, autosave, one ending. 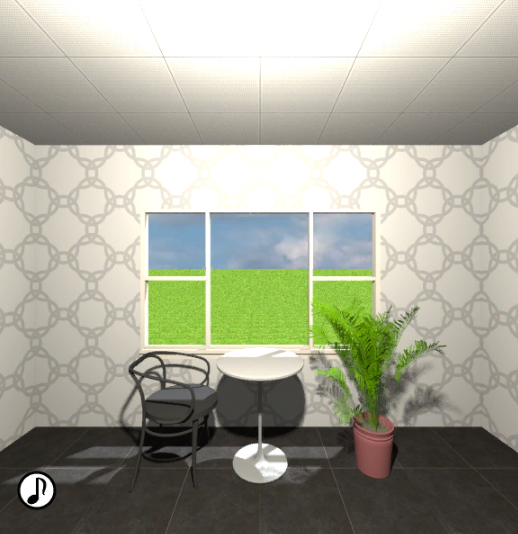 The latest tomoLaSiDo's escape is really enjoyable - the puzzles are cunning but doable, you get clear hints for them and get out quite quickly. Just don't overthink the solutions.
The cursor isn't changing, autosave, one ending.

In the short escape by Omura you need to collect ingrediences for a meal - a yummy meal judging by its looks - and cook it. Only after that you are allowed to leave a kitchen.
The cursor is changing, no save option, one ending 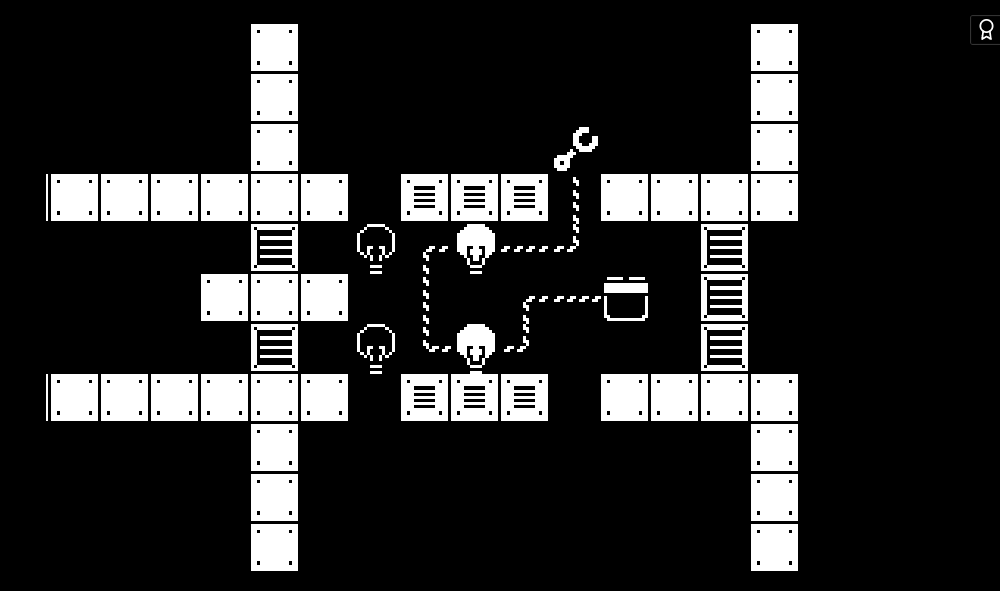 In the The4thAD 's minimalist puzzler you're supposed to complete a circuit. You are a mechanic working in a building whose wires have been burned and now you have to find a way how to power all the lights...not an easy task!
Controlled by WASD/Arrow keys, R to restart a level. No save option. 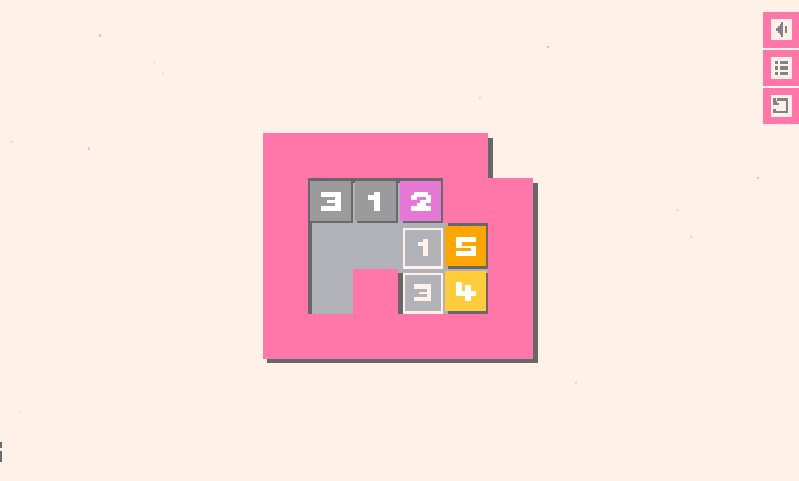 Relaxing puzzle game by Misc.261 Games combines simple math and Sokoban style. It's kind of a sliding puzzle and to clear a level, you need to get all numbered tiles to their destination. At the beginning it's easy indeed, higher levels not so much.
Controlled by WASD/Arrow keys, R to restart a level, autosave, 25 levels.

Bonus games are two escapes by Dassyutu. Both are nice but their controls are rather frustrating for many players.

I did get stuck once because I couldn't recognize an item.

flat item I don't remember where. At first I thought it was a card then maybe a tray but then found out it is a towel that you

use in the water in the sink for

the spot on the floor that you don't see until you move a piece of furniture.

Also, you must see associated clues before you can solve puzzles.

Thanks for the hint on Sukiyaki Dash! Saved me pulling some hair out. I managed to

wet the towel, but that's as far as I got. At the time, I thought it was some kind of container that I filled with water. So the next obvious step was to try to fill the "ice tray" that I found in the fridge.

Finally, I gave in and checked to see if your stuck point was mine too.

Google Translate was translating its description as 'cute elephant' and 'wet elephant'!

sukiyaki dash shows up as very small no matter how much i zoom in on firefox. weird!

closed circuit was a cool little game! keep in mind the "back" button is NOT the same as undo

Any other browsers having trouble with it can try directly accessing the Unity game frame with this link.

I thought that thing in Sukiyaki Dash was…

…a metal button. But as soon as I found the grime on the floor, I figured it had to be something like a sponge—that running water in the sink had to be for something…  😉

tomoLaSiDo seems to have a new bent to their games, in that you need to revisit solved puzzles—they sometimes have another clue to offer!

Sokonumber is a ton of fun, if you're into slider games. I needed a hint on one of the puzzles near the end,

But overall, they're really intuitive if you give yourself some time (and a few tries!) to think them through.

Agreed - that one twisted my noodle.

when i zoomed out and then set it to actual size (⌘ 0), it somehow finally worked

6,489 Views
7 Comments
chrpa— Jayisgames needs your help to continue providing quality content. Click for details Few months ago we played a nice little game by Seal Dog (WE N°319) and could be seen then that the dev is promising. It wasn't just...  ...