TomoLaSiDo's latest game is mostly about numbers and playing with them, and clever puzzles with a twist require unusual thinking. The same can be said about short and atmospheric escape by kurosan - to figure out their hints isn's easy. Esklavos is back after several years with a new escape as we were used to - yay - and it feels so good to play it. There are two bonuses this week, by Dassyutu and Akatsuki no Yado, the first one with a bit confusing controls and the second one with a language barrier. 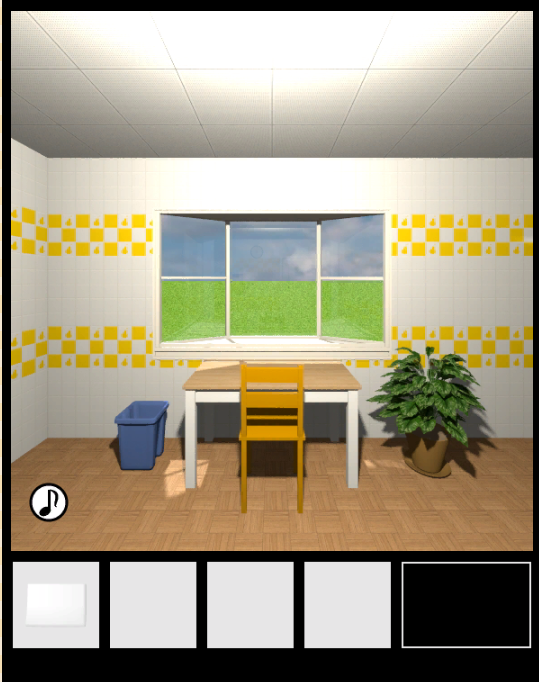 Puzzles in the latest tomoLaSiDo may seem a bit difficult and while feeling stuck you might overthink them. What's important is to try to look at hints from another angle - yes, the thinking outside the box approach. It's easier to say than do, though, but you were warned! You need to find four sheets with numbers and for the perfect ending the fifth one.
The cursor isn't changing, no save option, one ending.

Kurosan's game isn't standard escape at all. You need to figure out several four digit codes and open several doors so technically yes, but there aren't any items to be found or combined. The most unusual part is discovering codes which can be anywhere at your monitor, outside the game screen too. Though the game is a bit clumsy and controlled by arrow keys it definitely worth playing!
Controlled by arrow keys and a mouse, no save option, one impressive ending.

Secret of the Island Escape

After five years Esklavos is back with a new game, yay!!! Hand drawn art is gone, the familiar soundtrack as well - but puzzles haven't changed a bit and the controls are much easier than in their flash games.
Where the inspiration for this one came from is obvious. The game's title, the tune and theme pay tibute to Monkey Island series, only Guy Threepwood is missing, but during playing the game turns into typical Esklavos and remained basically unchanged. It's Esklavos as we knew them.
The cursor is changing, autosave, one ending.

Bonus game 1: Escape from Medieval Village by Dassyutu is their latest games, a good one, but the controls may be a bit complicated for some players. 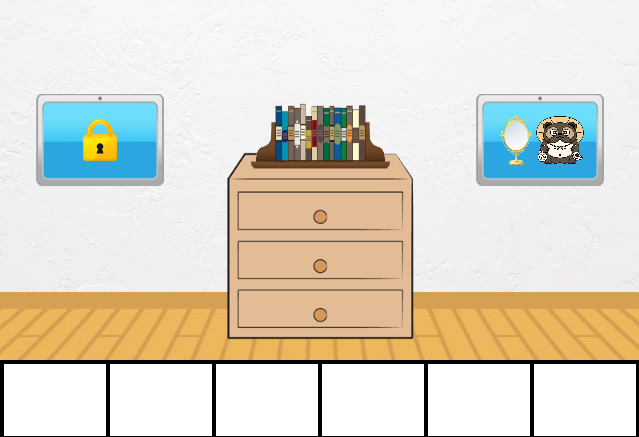 Bonus game 2: Switch x Switch by Akatsuki no Yado has a language barrier, sadly. Several puzzles are in Japanese.

Esklavos is back with a new game, YAY!!

I felt the same when I saw it!

And they seem to have changed things up a tad.

something interesting to swap for Virop's pin.

A couple issues:
The full dialogue takes a while to come up and I had to wait a while to make sure I haven't missed any clues.
Also, there's some inconsistency with the cursor after you've used items / solved puzzles. E.g. the barrel vs the plant with the fruit. After I opened the barrel, the cursor didn't change over it anymore. However, it still changes when I hover over the plant. So now I'm not sure if I'm supposed to be able to reuse certain things in certain areas, because the cursor is changing there.

But those bugbears aside, so far I like it
- the artwork
- the puzzles, and
- the randomness of these different lifeforms who happen to have inhabited this island, including ...

a disappearing bee with a honeycomb, when you enter the portal (to the right of screen)

Was trying to give the

something interesting to the board itself instead of to the man standing right next to it.

I am officially an idiot.

Hooray, Esklavos! I had another 'glitch' which could have prevented me finishing the game.

The banner with the pattern to open the cave was blank and not interactive, I loaded a second time and was fine, but I didn't see what you saw through the portal!

I did EXACTLY the same thing.

I also noticed a delay in action and had to be patient with the responses of the characters and items. Still a delightful game.

Yesterday I was able to change the perspective from top to ground but today, it is top only. I can't play this game.

I opened this game twice - neither time did I see an option to change perspective. But that would have been a big help in finding some of the items. From a top-down viewpoint, some items are completely invisible and you're just randomly fanning across the area close to the dude to see if you hit something (because apparently you can't interact with hotspots unless they're within the dude's immediate proximity).

Navigation was a bit of a challenge as well, at first. I was a bit frustrated by having to click to a spot each time I needed the dude to move. But eventually I just held down the mouse button and pulled him along wherever I needed him. And then made minor adjustments as necessary when I got in the vicinity of where I wanted to go. Moved much faster that way.

First time I tried it, I didn't have time to complete, and forgot to save. Second time, I got out, after about 20 mins of mostly swishing left and right across my screen with my mouse to find hotspots. Eventually got out with 9/10 coins. Don't think I'll be going back to find the 10th one.

The arrow keys, or right click the mouse and drag, worked fine to change perspective for me. The mouse wheel zooms in and out. Navigation is a bit clunky on these games though. I ended up with 9 coins too.

Hmmm... you make excellent points - I went back and was able to immerse myself into the village. Thanks for the tips. If I had the sense to try those things the first time, I would have been less critical.

Still not gonna try for that 10th coin though.

Stuck on Escape From TV on the screen which would seem to indicate dragging the title bar of the browser and has the numbers 1–4 marking the corners. Anyone got a hint here?

Escape from TV ... hint for the corners:

You're right that the clue is in the hand on what looks like an app window.

It's not so much saying to drag the title bar, as to resize the window and move the entire window around your screen.

You should see additional numbers coming up in the direction of the pointy bits emanating from 1, 2, 3, 4.

Well, for Pete's sake. I did exactly that when playing it last night, but it never revealed the code.

I tend to keep a music player app open in the background (and maximized) while playing games where the audio isn't important, and I'm wondering if that could have been the issue. Once I minimized other open apps, things worked.

For anyone else who gets stuck on the four corners stage of Escape From TV, here's a little more detail about what you need to do:

• Click on the part of your browser's taskbar (the top edge) which makes the window freely resizable. This varies across operating systems, but on Windows 10 or earlier, this is the center icon which alternately says Resize Down or Maximize—see this picture for detail.
• Drag the edges of the browser window to make it smaller, perhaps 50% of your screen size. You want to make sure you can still see the part of the game screen which shows the the diagram of the four corners, so scroll the browser window content as necessary.
• Slowly drag the browser window in small increments to the upper left of your desktop. (Drag a small bit, and stop. Repeat as necessary.) At some point, you should see the dial-like arrows in the diagram begin to shift slightly, and numbers appear close to them. Contrary to what the diagram indicates, you will probably see them only as you move the browser window around the upper-left portion of your screen. Keep moving the browser window around until you reveal all four numbers. If the dials completely disappear, you are probably not in the right screen area for your particular monitor and resolution.
• If you can't see the numbers, make sure any other windows (other browser windows, other applications, etcetera) are completely minimized. This might interfere with how the game reads the coordinates of your browser window. Also be sure to try other areas on the screen—the game is reading the coordinates for the browser window, and this data could vary widely according to your setup. And if you have your desktop stretched across multiple monitors, you might have to move the browser window to the primary desktop for things to work.
• Once you have the code, you can simply Maximize the window again and continue playing.

Unfortunately, I note from a second playthrough that at least one of the codes in the game is randomized for every play, and this one might very well be also. So you might have to go through some headache to get that code for yourself.

'Twas a fun game, but that one little detail kinda derailed it for me. Things like that are not gonna work for everyone, and can lead to unnecessary frustration (this game is clearly not playable on a phone, and probably won't be playable on certain other mobile devices).

By the way, if you aren't certain if the game is over or not…

…if you have seen the hand reaching out of the blackness and the red Japanese character has appeared, you're done. The character reads "End".