Neither rain nor snow nor dark of night will keep Weekday Escape from your waiting hands... spiders are another matter, though. Also, I don't really like it if it gets muggy out? And sometimes you just aren't feeling getting out of your jammies, you know?... but hey, we're here today! This week! Esklavos and a canine friend with a troubling name send you sky high after a giant. MayMay wants you to go on a vacation, but you'll have to earn it first. And Afro-Ninja is going to make you feel all nostalgic (and maybe a little old) with a remake of one of their oldest games. 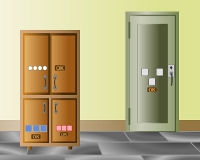 Prepare for the Vacation - MayMay thinks you deserve a break from it all... you spend so much time locked up behind a computer, after all, so why not fish out your sunblock and go somewhere you can kick back for a while? That is... after you prove you deserve it by escaping from yet another locked room. So you go ahead and solve the puzzles, and I'll do the packing. Four boxes of garlic knots should do it... do you want anything? You know, at this point, I have to wonder... where is MayMay getting all these cabinets covered with elaborate coded locks? Is it Ikea? I bet it's Ikea. 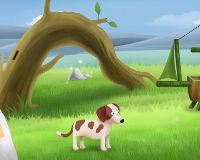 Stains and the Giant - Try not to think about the circumstances that would need to arise for you to be motivated to name your puppy Stains... instead, focus on how cute it is that he's coming with you in this little escape adventure by Esklavos, where once again you'll be flying from island to island in your airship, eventually heading towards the titular giant. As usual, don't forget you can combine items in your inventory if you want to try MacGuyvering your way out of a situation, though the biggest obstacle might be getting too distracted with puppy snuggles. 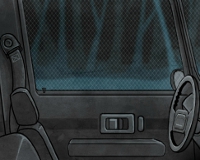 Escape the Car HD - Afro-Ninja's Escape the Car is almost ten years old, which puts it darn close to grandpappy status when it comes to escape games, so why not give it a bit of a facelift? Just like the original game, this pretty new HD version has no story... it's just you, trapped in a car, trying to get out as quick as possible. If you played the original, however, this is going to feel extremely familiar because it does almost everything exactly the same... but gosh it's pretty, ain't it?

Oh, my heart started blasting a breakbeat rhythm, when i set my eyes on the Afro-ninja name. Unfortunately it's not a new game. But yes, the all series is very good, and I recommend it for everyone!

New Esklavos is a good one too, I love their "travelling between worlds"-style games in this new year.

Got so hung up on the skull puzzle (Eskavalos)

but it actually meant

Hmm...I don't usually get stuck on MayMays, but this one has me stumped. I've got

the lotion, hat, mask (with codes from all) and snorkel. The only potential clue I've found is whatever's in that jar that glows when I turn out the lights, but I haven't found any way to make sense of it. Any hints?

on the glowing item

I'm stuck on Escape the Car - and it's getting quite claustrophobic

I should only be connecting and taping certain wires

a hint would be great

Thanks, ddevronn! I'd even figured it had to be that (as the only item I hadn't used), but I didn't realize that you had to

turn the lights back on first.

You need to find the manual for the car. It's

the knife that is somewhere

on the floor. Specifically

under the right carpet in front of the back seat

I can't get the cog from the wooden sign. Can anyone help?

Look closely at the map.

Esklavos probably tried to translate "Spot" for the name of the dog and somehow wound up with "Stains".That is the only reason I can think of that the dog is called Stains.Which, if true, is hilarious.But that's just my guess.

I really am just cracking up playing this game featuring "Stains the Dog."