The Trader of Stories - Chapter 1 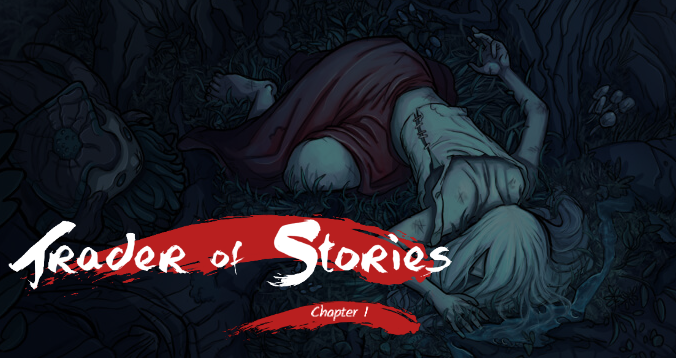 The Big Old Tree that Dreams came into our lives a few years ago, unfolding the fantastic universe of the Forest Bed, and telling the story of one character, Myosotis, The Trader of Stories. With Bell's Heart it got our curiosity, giving us a great and unique adventure. With A Grain Of Truth it got our attention, giving us some crumbs about that universe, and creating questions that should be answered. And now the Rudowski brothers brought up a new game that might answer some questions, this time unraveling the story of The Trader of Stories herself from its very beginning.

A storm raged in the Forest of the Dancing Trees, and in the aftermath, a woman was found unconscious between the fallen trees. The trees decided to raise her as one of their own, and that's how the story begins. It is hard to talk about the plot of games like this one without spoiling the fun. So let's just say that the Rudowski brothers continue to feed us crumbs, but they sure are delicious. I can just hope that the "chapter 1" part in the title means that someday we'll get to see a bigger picture. 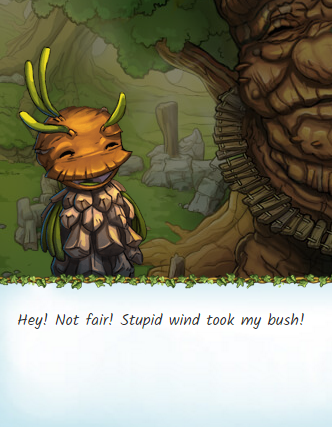 The game's graphics are gorgeous as always. This time the challenge of drawing the characters was harder in my opinion, because almost every character is a plant in this episode. They have beaten the challenge beautifully, portraying trees and plants in a human-like fashion, the same way I would imagine the forest gods in Narnia's world.

The soundtrack of this game is made mainly out of relaxing music, and the "music of the forest", of course. The chirping birds and the relaxing tune can make one want to stay there, listening and exploring this wonderful world. But remember, the forest has more in it than can be seen, and things are not always so cheerful.

The game's layout is pretty much the same as in A Grain of Truth. You can right click on items and people to interact with them and to use your inventory. One thing I love there is the eye button, at the bottom-right corner, that shows with which objects you can interact. It helps to reduce pixel hunting and focus on the main aspect of the game - its plot.

In summary, the Rudowski brothers' new episode of The Trader of Stories is a beautifully made game that looks like a promising beginning of a great series.

(Thanks chrpa for showing me this one. I wouldn't like to miss it.)

Play The Trader of Stories - Chapter 1

I played this a few weeks ago on Kong, and I have to say that while it can be a bit confusing at certain points, I found it to be an incredible game! I can't wait for Chapter 2!!!

While I didn't like the true "Chapter 1," I really enjoyed this one and also am looking forward to the next one! The character development is rich and very well done.

If Myosotis is really the same girl as the main character here...she has/will have the most extensive story I have ever come across. I am actually really excited to learn it all. This was a truly well made game.

The button to play the game links back to homepage.

Yes you're right Brandi: we changed it.

I found this one after playing the first two of this series. I loved the first two. This one is not at all like the others.

W A Y TOO MUCH DIALOG. I am still playing even though I want to give up.

The constant chasing of conversations just to get some task to open up so I can proceed to the next task.

However, I understand the work that goes into these games. I don't have the heart to give a low rating just because I didn't like. So am refraining from starring it.

It does explain why there is no text walkthrough. It would be impossible. The only youtube walkthrough I found was ...

I'm going to try and finish it anyway.