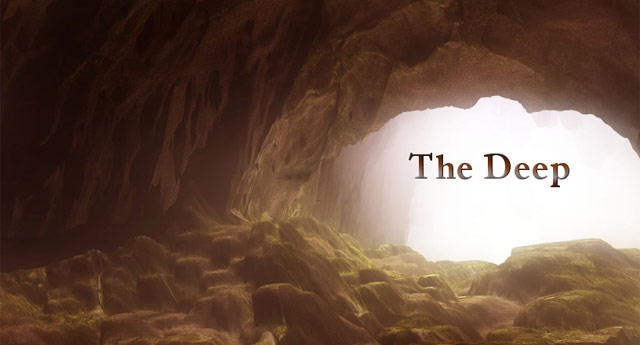 The Deep is a tactical D&D style game, married with the style of RPGMaker. Made originally for a contest (Indie Game Maker Contest 2017 on itch.io), the game features a world where humans used to live underground, trapped as slaves to monsters. In this world they were also prohibited from using magic or weapons of any kind, so the only option open to them was learning to use their bodies to fight. Once they finally managed to earn their freedom and break into the surface realm, they quickly learned that life above ground was no picnic either. A race of xenophobic elves with no tolerance for anyone else attempted to wipe them out. Fast forward to a couple of centuries later, and peace seems to closer, and worse yet, only a small band of humans still posses the skills to defend themselves.

The author, Allan Bays, does a great job of setting the stage for the story, although the available game at the moment functions as more of a demo. You'll travel around a continent venturing from place to place to explore more of the world and meet your objectives, which will include diving into the deep, dark, cavernous system of tunnels in which humans were once imprisoned. All along the way, pesky monsters will interrupt you and insist on fighting you, often times in groups. Sometimes you'll handle defeat them with your cast of characters, but others, they may give you some difficulty - or perhaps leave you dripping with poison and searching all over town for an antidote. 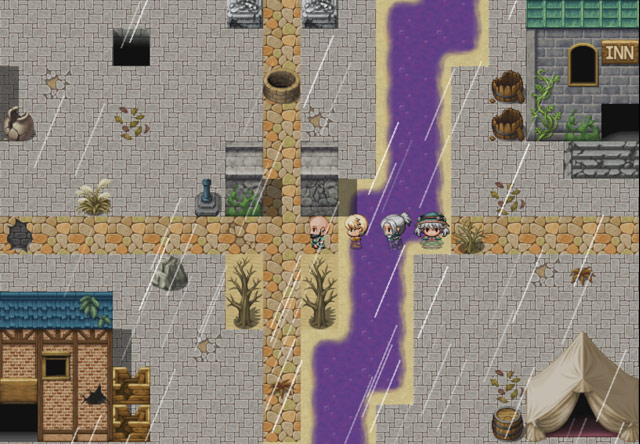 In the battle system, you will have control of various members of your party, each with their own sets of attacks and special abilities. Sometimes you'll be able to hit multiple members of the opposing party, or restore up your own health, as long as you don't deplete their individual pools of mana. Personally, I thought that the fighting and battle system was fairly well designed and balanced, giving you a decent challenge at times but not being overly difficult or requiring intense strategy for most battles. You will definitely want to take advantage of the save feature and use it liberally though - unless you enjoy retracing your steps and repeating objectives a few times.

To navigate throughout the world in The Deep, you can use keyboard controls or click using the mouse as usual. During battles, you select choices using [Up]/[Down] or by clicking on the option that you would like, pressing [Enter] to confirm each option if you are using the keyboard. Finally, access the options menu, with additional settings and save slots, with [Esc] or right-clicking at any point outside of a battle or cutscene.