Modern racing games are becoming more and more advanced and complicated, maybe too much for their own good. Sometimes, those who grew up in an era where arcade games were dominating the market, and the term "internet" is still foreign to some, wish to relive the simpler times of playing retro games. Super Woden GP provides you with that feeling. 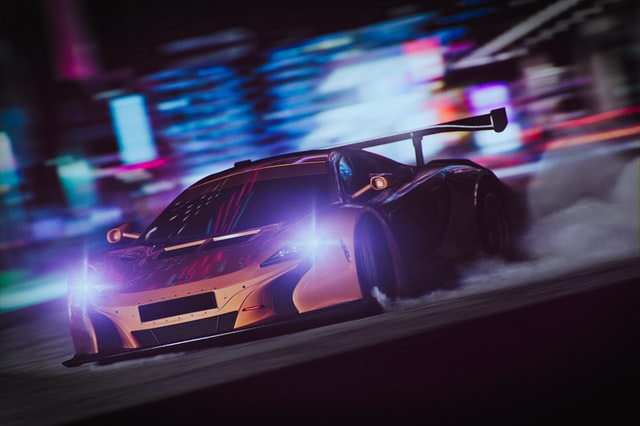 Modern racing games are becoming more and more advanced and complicated, maybe too much for their own good. Sometimes, those who grew up in an era where arcade games were dominating the market, and the term "internet" is still foreign to some, wish to relive the simpler times of playing retro games. Super Woden GP provides you with that feeling.

When I first fired up the video game, I was overcome with a feeling of nostalgia. Back when I need to constantly beg my father to take me to the arcade during weekends. And, the feeling of joy when I get to play with my remote-controlled toy car during my elementary school days, thanks to Super Woden GP's isometric camera perspective. Through this game, it almost feels like I have become a child once more.

Overview
I've got to admit--it was a pretty frustrating experience going into my first race. My car drifted so much that was a challenge from the beginning to prevent the car from hitting the barrier, never mind getting any position other than last place. I underestimated the game's difficulty by starting off with the normal mode. I should've picked the easy one, and I did that eventually. After getting a few more races, though, I was practically addicted.

Super Woden GP is a game obviously inspired by '90s arcade games, and you aren't supposed to be good at them from the get-go. Developers design these games to be unforgiving for new players, whether it's intentional or not. But, by the time you play long enough, that's when the real fun starts kicking in.

In Super Woden, you can choose between two difficulty levels: normal or easy. Easy mode gives you a better grip on the vehicle and slower opponents. I'd recommend the easy mode if you aren't as familiar with racing games as it's super helpful in getting you used to the game's mechanics. But if you're a master behind the wheel, go for normal.

The game's main menu reminds me a lot of the Gran Turismo series, where you can access your garage, buy/sell vehicles, and change the settings on a map-like menu. To start racing, buy the cheapest car you can get from any of the six manufacturers.

The cars in this game are graded from E to S. Each car has its own speed, grip, and handling capability. These three attributes are aggregated as a PP ranking which determines the car's grade.

What I Liked About Super Woden
To get your feet wet, starting with the free race is always a good idea. It won't give you CR (money), but you can experiment with different circuits, weather, and time this way. One unique aspect of the game is that you can change the hour of the clock, e.g., 13 in the afternoon or 5 in the evening. Not only that, but you can determine whether the clock will move or not, along with how fast the time is passing.

Another available mode is Go Race, Here, you can register for official competitions. Go Race is basically the campaign mode. Initially, only two types of events are unlocked:

WGP Championships - Each of the WGP championship events consists of multiple rounds (circuits), each spanning 2 laps.
Weekends - The Weekend mode's events comprise only one round with 3 laps.
Additional unlockable events include Endurance and Rally.
If you get a high enough position on any of the campaign racing events, you will get CRs useful to buy cars. Additionally, getting to the top three positions grant you stars used to unlock more challenges and events.

The isometric camera view reminds me of the old World Rally series (not to be confused with the contemporary World Rally Championship series) released in the arcade in the mid-'90s. Retro arcade lovers will definitely love this one

After each race, you can see the global leaderboard consisting of all of the players throughout the world who have raced that particular circuit. You can see the time you take in finishing a lap and compare it against other human players.

Feeling competitive? Aim for the top 10! For the price that I'm paying, I can say that I get more than I pay for. Granted, I purchased the game when the game has a 40% price discount just 7 days after its release.

The Downsides to Super Woden
One thing I will say about Super Woden GP is that it's not intended for someone looking for a casual gaming experience. You have to work at it if you want to truly enjoy the game.

I won't lie. I was expecting a few relaxing rounds, but the super tricky handling just kept slapping me in the face--I couldn't stop skidding. In the earlier part of the game at least, I would only get frustrated with how I endlessly crashed to the wall.

After each race, if I wanted my car to look clean again, I had to go to the car wash over and over to make it shine, only to go back again immediately after. The car wash acts like a mini-game where you have to press a button to clean your ride. The mini-game is not annoying per se, more like...pointless.

In the campaign mode, there are lots of available events, but you'll be repeating circuits most of the time. The only differences would be the weather and the time. It's easy to get tired of a circuit with only one race. But at least it took me at least a couple of tries in each circuit for me to be good (or adequate) at them.

Final Verdict: 4 out of 5
Super Woden GP is a solid game. But it's not for everyone. In this game, you're expected to continue learning and have to deal with a super slippery ride before you have access to cars with better grip and handling.

With all of the game's strengths and weaknesses, there's one thing for sure. With Super Woden GP, you won't get the graphical quality of Forza Horizon 4 or Gran Turismo 6, but you'll get just as much--if not more--fun!

2,856 Views
0 Comments
chrpa— Jayisgames needs your help to continue providing quality content. Click for details Welcome to Mobile Monday! This week we have three escape games, one following the classical genre rules and two more on a simplier side. YoGreenSoft's (yogreen) angular...  ...