Forgotten Hill is a strange place, but most of all, a dangerous one, especially for servants. Archibald could tell you things - and he does in this tale! After a long and hard work on his project, Archibald's master successfully finished it and that's a good new, finally he can have some peace...well, not so much, unfortunately. Pico, the creature from his experiment escaped, and Archibald has to find it before it does any damage. 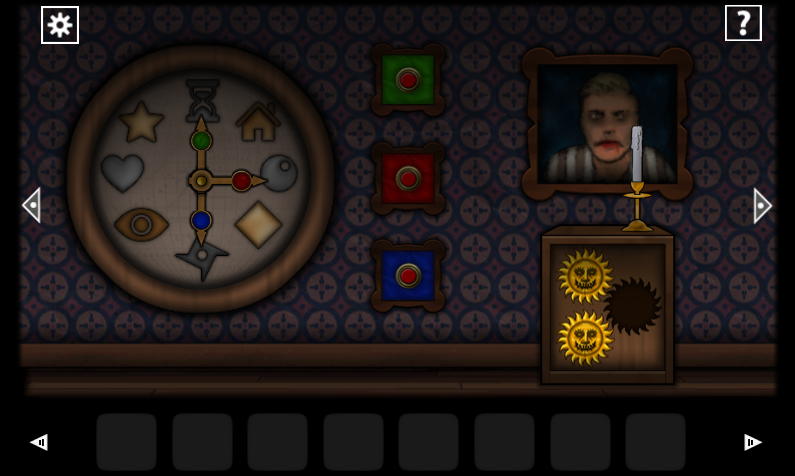 All Archibald knows is that Pico hides somewhere in the house or around it and suspects that it's not a friendly creature. He's right. Pico is lethal and on top of that, other lethal creatures live in the house - poor Archibald! Sadly, life of a servant under the rule of unscrupulous masters has never been easy. The task isn't impossible though - our protagonist needs to solve several puzzles and get several keys to be able to explore the house properly. It's advised to enter rooms in the house carefully because inside could be unexpected threat to innocent servants. And finally, when Pico is discovered, the last and the hardest task is in front of Archibald - how to put it into his cage? With your help he manages after all!

We've got another horror from FM Studios with beautiful (and dark) art, good puzzles and a soundtrack completing sinister (and dark) atmosphere. Note, that the scenes in the house are rather explicit. The game is controlled by a mouse and has autosave. Note for sensitive players - eating is not recommended while playing.

The slidey puzzle is IMPOSSIBLE!

This game was really good until the slidey puzzle.

If you are not a fan of puzzles that require you to click multiple buttons to spin two separate disks to arrange ugly faces to get a match, then skip this game. I already have enough anger and anguish in my life right now.

Love, love, love these Forgotten Hill games. They and Rusty Lake have the most delightfully sinister vibes!

4red3s, the "slidey puzzle" in this one was relatively easy compared to some of the ones they've thrown at us in the past. In one of their games, you have three wheels and must exchange symbols between them by rotating them in pairs. That one was a nightmare!

This one isn't too bad:

First of all, take note of the three portraits to the left of the Master in the first room.

In particular, note their faces and their position to each other.

In the room with the Mistress (?), she asks you to light the candles and tells you to find matches in the closet.

(The "closet" is the small cabinet mounted on the right wall.)

The front of the closet has a contraption which displays two faces in the same style as the portraits seen in the Master's room. It also shows four buttons: a button with a smiley face, and buttons numbered I, II, and III.

The button with the smiley face rotates the lowest layer of the contraption. The buttons numbered I through III rotate different layers which act as masks, revealing or hiding anything beneath them.

Start by positioning the topmost layer to match the position of the three portraits in the Master's room. Click the III button until the group of three holes is on the right side, and the single hole is in the 9 o'clock position.

Now, rotate the next two lower masks by using the I and II buttons. When both lower masks are in the correct position, you'll see faces through the top and bottom hole in the group of three, and in the single hole on the left. (These positions roughly match 2 o'clock, 4 o'clock, and 9 o'clock.)

Now that you can see faces in the three proper positions, simply click the smiley button until the lowest layer aligns to match the portraits.

play with each numbered button to learn the configurations of holes on each of the layers.