Welcome to the Roundup 30 with three games! As mentioned in the previous roundups, only odd-numbered episodes are featured since even-numbered are for Robin Vencel's patrons. More information you find on his site.

527 Abuba the Alien Meets the Monkeys 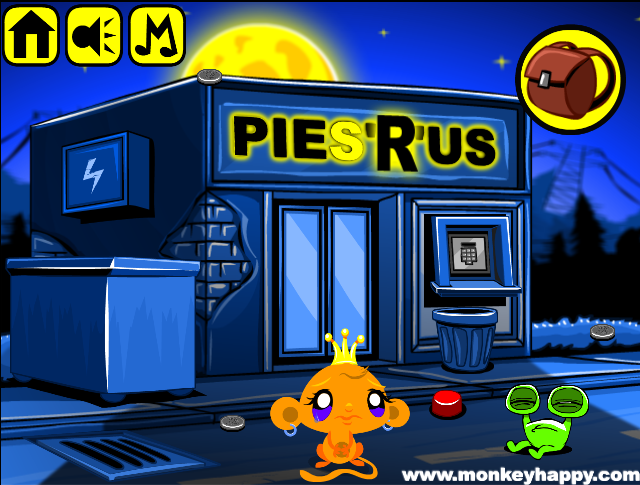 Abuba the Alien's Basic English is enough to express his needs. He's hungry and luckily for him, his digestion is similar to humans' one or has already adapted. The pies they sell in the small shop across the street would do. It's up to you to get four dollars they charge for them. 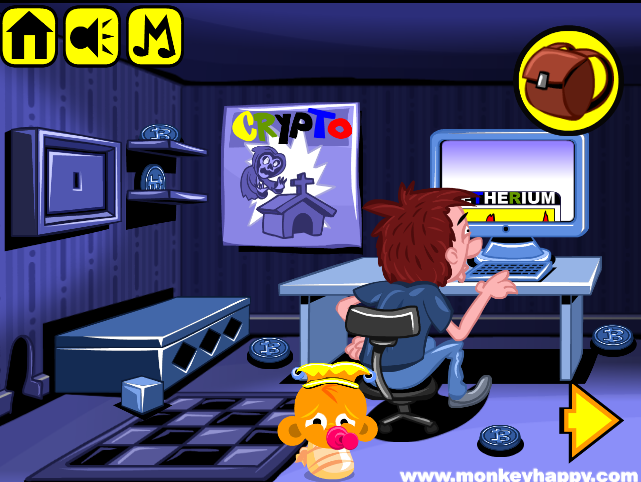 The guy sitting in front of his pc is deeply interested in bitcoins but still wants you to get him few coins. They aren't just some coins, though, around the apartment are scattered bitcoin tokens and they may put together quite a sum! And then the sharkmonkeys attack...

531 The Wolf in Sheep's Clothing and Mary's Little Lamb Theme 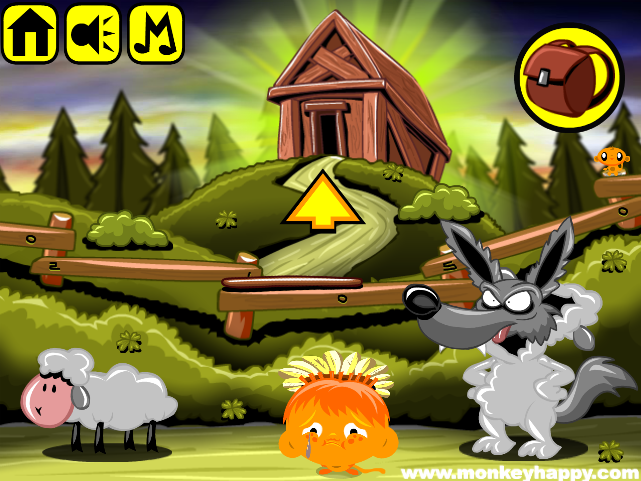 The wolf's intention is clear and the sheep's clothing he wears doesn't trick anybody - but the sheep isn't defenseless! That's nice because if not, this cute episode would turn into a horror episode pretty quickly. The sheep can care about herself very well and so your task is to help blue-eyed Mary and her lamb.

Play The Wolf in Sheep's Clothing

Does not load. There is the dancing monkey that dances but game never appears.

Abuba not working for me, either. But not complaining—Monkey Go Happy games are really sloooooooow on my computer. But whatever they've changed, the newer games are now blazing fast. Much better!