GBFinger Studio's (Chendgu GBFun Technology Inc.) is back with three new games and so is Nazokoi (Akina Kubota), who delivered eight games full of cute rabbits in one app. The last is excellent daily escape by Kana Yamamoto - from the moment you install the game you get one stage daily, and even though the stages are one scene rooms it may take a while to figure out the puzzles. A game by the same dev (under name SBK man) is available for browsers and iOS users - links you find below the game's description.

All games are free and available in Google Play and in Apple Store.

The first game is medium-sized, the second app is a package of eight medium-sized games, and the last one has thirty one relatively short games - every day you get a new room and a new cat.

GBFinger Studio (Chendgu GBFun Technology Inc.) create one game after another - their last one featured on JiG was Halloween escape Boo!. Since then was released Death Party (another Halloween game), Museum and Chinese Restaurant. So, update their app and you'll get all three - images are from Museum which takes place at a museum where you can admire Emperor Qui Shi Huang's fascinating terracotta army.

Nazokoi (Akina Kubota) is back too and their new app contains eight games (six can be played only after you watch an add). You are supposed to escape from various cafes where work exclusively cute animals. Polished graphics and not demanding and nice puzzles are the dev's trademark, and their hint system is well done, too, as usual.

Kana Yamamoto's (SBK man) game has beautiful graphics, clever puzzles, and thirty one rooms. You can't open all of them at the beginning - only two are accessible and then you get one opened room (and one more cat) daily. The rooms are quite small and puzzles not many but even though it may take a while to solve a room. Lovely game. 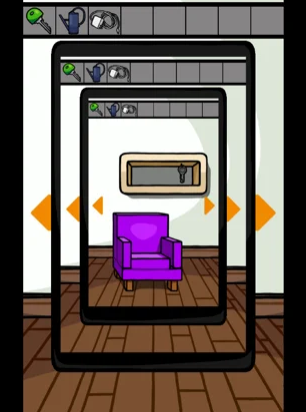 P.S. Their previous game SBK Escape was published in WE N°169 (for browsers). It's available for iOS users too:

1 Views
0 Comments
jayisgames.com— Are you looking for some fun and educational games for yourself or your students or children? Whomever the reason is, the game sites we have put together are five of the best out there. These websites do not only have...  ...