...and welcome to the 300th edition of Mobile Monday! The first and the second game - by MR.T (Hiroto Morita) and kobabo (Kobayashi Shumpei) are a bit similar. Not visually but conceptually - they are both perfect short breaks with good and clever puzzles, and have gameplay without glitches. Krutovig's (Snapbreak Games) adventure may some players remember as a browser game - now it's available (only) for mobile devices. All bonus games are retro from the best developers - noprops (Mygames888) and Mild Escape/Tesshi-e (Tatsuya Kishi).

All games are free and available in Google Play and in Apple Store except the bonus game 2 (only for iOS).

The first and the second game are relatively short. The third game is medium-sized on a longer side, and bonus games as well.

MR.T 's (Hiroto Morita) quite short escape is solid and not difficult, and more amusing than it may seem at the beginning. - don't expect any pixelhunt or overcomplicated puzzles. It's not silly though and hints well thought-out.

Like the previous game, kobabo's (Kobayashi Shumpei) escape is too solid and short, with polished graphics, good puzzles and fluent gameplay. A perfect short relax.

Some players may remeber atmospheric point'n'click adventure by Igor Krutov (Krutovig) Abandoned (original review here). Few years later was released the second chapter Abandoned 2: The Forest not published on JiG because of bugs, followed by Abandoned 3: The Refugee (paid if I remember correctly). All three games were made in Flash, and you can play them on big web games portals only if you install their player. Now is the series available on mobile devices (Snapbreak Games), the first chapter for free and the second and the third paid. So, if you wish to try this adventure or replay the first chapter just from nostalgia, you can - it's an excellent game! 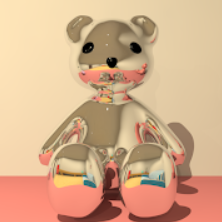 Bonus game 1: among the best escape games are those by noprops (Mygames888), and here is an excellent retro one - Lift. The original review you find here.

Bonus game 2: Mild Escape's games (Tesshi-e) are sadly not available, neither their browser games nor those for Android users. Only two can be still found in Apple Store under name Tatsuya Kishi: 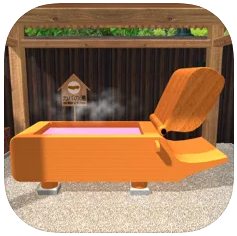 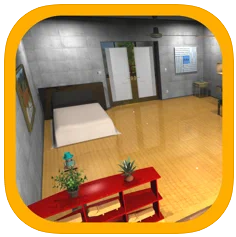 Concerning Tesshi-e's Mild Escapes, I have "Escape game Restaurant Hana" and "Happy Escape - New Year Santa" on my IPhone. Are those not available anymore?

I'm not iOS user but I found those two only. I'm sure there were more. From Google store all Tesshi-e games disappeared.

I am only seeing those two, Hot Spring and K's Room, in the IOS App store too. I got the other two a couple years ago.

401 Views
0 Comments
jayisgames.com— An odd problem, but a real one is being a cat lover and a game lover and having the hardest time finding the perfect game that blends the two. If we are talking about the AAA segment, high-budget games that...  ...

Views
0 Comments
jayisgames.com— For a game that focuses so strongly on photography, Life is Strange sure lets you miss a lot of interesting opportunities for a picture. Each episode has ten optional photos you can take. You'll unlock an achievement after every photo...  ...