When the author kills off a main character (spoiler alert!), it is typically not a move endorsed or adored by their fans. But despite VasantJ's Medieval Cop series being constructed from RPGMaker's layout, typically is the one adjective that this very series defies, the latest installment making no exception. But before I delve further into the world of these very odd kingdoms, a slightly obvious disclaimer: this game has many parts, and if you've never heard of it or it has been a while, you may wish to play the previous ones first. We reviewed the previous game in the series, Medieval Cop 7 - Adam and Eva here on JiG, and you can find more details and links to play the other games on VasantJ's Patreon page here.

In any case, main character Dreg Morriss wakes up in a mysterious place after an apparent bad loss in a dimensional debate to Draziel, a man whose age is matched only by the size of his God complex. Memories of someone close to him that has died for an as yet unknown reason haunt him as they wisp through his mind. It seems death is indeed the next great adventure for the sadistic police cop, for as he looks around he struggles to come to grips with exactly where the hell he is! The oppressive heat, demon-like slaves running around, the distinctively lava-esque décor...they can only mean one thing. Welcome to Hell, Dregg!

Naturally, Dregg is more than a little confused. After all, besides harboring a burning hatred of the Post Office, inflicting petty insults on everyone around him, and trying to drown everyone in an overflowing pool of misery and cynicism, what has Dregg ever done wrong? Heavily discontented with his new living arrangements, Dregg sets off to find the leader of this Underworld. Whether it is some sort of cruel trick or fragments of his shattered imagination playing hallucinogenic tricks on his mind, weird sights abound. A flower in the shape of a friend blocks the path but he quickly tears it to smithereens and progresses. Finally, he comes to the Devil and demands a second chance at life, arguing that his death was untimely and unfair.

The Devil agrees to convene a Court Case, replete with the most unusual sort of lawyer for Dregg. Despite his initial objections and feelings that this might be a rough case, he begins to make his case, but faster than you can say "kangaroo" they are interrupted by a matter of far greater urgency. Apparently a god from the Heavens has been messing about with the normal world, manipulating people and collecting their fragile souls for their own benefit. Things are so bad that the meticulously kept notes in Hell appear to be missing his existence entirely! But who is this god and who can take him on? With time short and enthusiasm shorter, our protagonist seems the perfect candidate to grant the bill. Does Dregg have enough in the tank to carry the world on his shoulders, execute a literal deal with the Devil and just maybe earn himself a place back among the living? I could give you the answer, but that would be too easy. I guess since I'm damned if I do, damned if I don't, I'll just put you through Hell to make you find out firsthand instead! 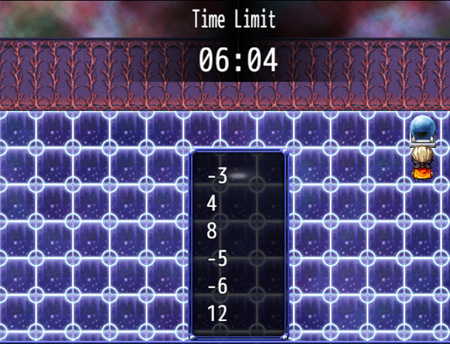 As with previous Medieval Cop games, [WASD] or clicking with the mouse can be used to navigate through the puzzles. Left click or [Enter] confirms a selected option, and right clicking brings up the pause menu where you can save your game or edit other options. If you end up playing through more than once, or need to repeat some parts and do not wish to scroll through all the text repeatedly, you can use [Pg dn] to scroll quickly through the text. It should be noted that using keyboard controls or a touchpad mouse greatly increases the difficulty of the game in some parts. Therefore, it is highly recommended to have a proper mouse when playing to save quite a bit of frustration. There are also several timed events that do not give much time to think and give the answers, so be wary of your choice of difficulty at the beginning. Only choose Hard Mode if you want a challenge!

Most of the content in this episode comes through narrative storytelling woven in two-dimensional platfoming and interaction. As mentioned earlier it is built with the skeleton of RPGMaker, so there are some superfluous elements you will see in the pause menu and a few other places, but it does lack any true rpg-style fighting, unlike some of the other games. I would have preferred slightly more relaxed time constraints on the riddles and puzzles as I played through it, but my playthrough was before VasantJ updated it to a second version with two modes of difficulty, so that issue is largely mitigated. If you enjoyed the previous game we featured here on JiG back in February, I am sure you'll have a good time with this one. So, for the first and possibly only time I say this in a positive context, I hope to see you in Hell very soon!