Sometimes a story doesn't need to be a long, detailed adventure to convey the message they want to the reader. Nor does a game have to be filled with puzzles and chapters to have meaning. MARY WOKE UP TODAY is just that, short and sweet. And by sweet I mean dark and edging on an existential crisis. This free indie game may not take you the majority of an hour to play through, but for a small package is certainly has more than you'd really think could fit in something so simplistic. This point and click adventure game, made in just under two weeks by Sarah Hiebl, is great for those who are looking for a short story that gets them questioning things about themselves and their world. Mary is probably one who never asked to look deeper, but she's found herself stuck in endless loops of dreams where very little changes. But those small changes reveal much about her if she's willing to listen, and then just maybe she can find a way to wake up. 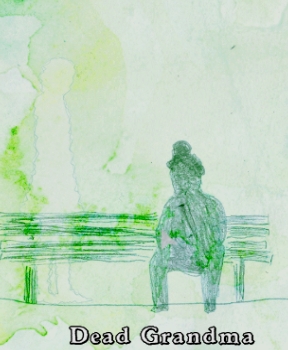 There are two things you need to know in order to play, the first being the left click is used to move and examine the objects that are given a name on screen, and the second being you can select your responses when prompted. That's it. No complicated controls, no different actions to cycle through, just click, read, and enjoy. With things so simplified it's easy to get more into the story, and more into the character, Mary. It's needed as you don't have much time to connect with Mary before the game rather abruptly ends, but with the minimalist artwork and the dialog that flows so well, it's pretty easy to find yourself in her shoes not too far in the game. There aren't multiple endings as some of the different choices may let you believe there are, but again having such things would just burden this simple idea of this game. This is not one you play to "win" but one you play to relax, think, connect and most importantly experience. MARY WOKE UP TODAY is a poetic view inside ourselves in an area of our mind that we may not always want to venture but find peace in knowing we are not the only ones with such worries and wonders.