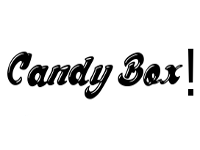 Lollipop, Lollipop... Have you unlocked the Candy Box yet? aniwey's webtoy might look simple, and even boring, but patient players will be rewarded with one of the most unique, fun and funny experiences you can have in your browser. Just make sure you don't have any work left to do for today... you've been warned, and we're not responsible! Especially not when it comes to Candy Box! Hard Mode... 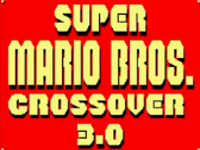 It's-a Me, Crossover! You remember Super Mario Bros. Crossover, right? It's a free browser platformer by Exploding Rabbit where you can play the classic Mario game you know and love with a myriad of characters all from that classic era of gaming... each with their unique moves and abilities intact. It's been a while since we last had an update on it, but that doesn't mean the developer has been sitting idle, and with this trailer for version 3.0 have revealed the game is getting a whole lot bigger when the update lands somewhere in May-June. In addition to more levels and skins, the game will now offer different variations of stages depending on what level of difficulty you're playing on, which adds a ton of replay value all by itself. This won't be the last update the game receives, but it's going to be a pretty special one, and we can't wait! 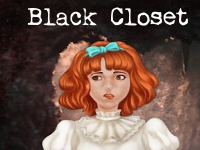 Mystery, Minions, and Romance Hanako Games puts out some of the best visual novel sims around, but their new upcoming game Black Closet looks a little... different! You're attending an all-girls school full of the future movers and shakers of society, but instead of learning how to curtsey and drink with your pinky finger extended, you'll be managing a team of "minions", young women working for you to make sure everything at the school goes smoothly... which includes partaking in a lot of mystery and subterfuge to sniff out trouble, danger, and other mayhem before it happens, and set things right before your reputation suffers. Presented in a visual novel style mixed with a bit of board gaming, it reminds me a bit of Dangerous High School Girls in Trouble, but with the potential for more romance and character development that could make it even deeper. Keep your eye on this one!

Who's a Good Boy? WHOOOOO'S A GOOD BOY?! Puppies, random generation, racing, and team-building? Yeah, I can get behind that! Planned for PC, Mac, iOS and Android, Dan FitzGerald's upcoming racing sim Dog Sled Saga looks like it could be something unique and special. Just like what it says on the tin, you'll be trying to climb your way to the top of a dog sled racing circuit, but the emphasis is also on training and team building too... and here your team consists of ERMAHGERD, PUPPERS who you'll train and outfit yourself. The actual racing is going to be a fairly simple reflexive affair, the kind you'll pick up and play whenever you have a spare moment, so combine that with a slick retro design and the addictiveness of building and managing your own dog team, and this could be a real winner. 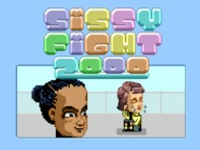 I'M CALLING A TEACHER! Way back in 2006, when dinosaurs roamed the Earth and we had to scribe our articles on tablets made from baked mammoth dung, there was a little multiplayer gamed called SissyFight 2000 that was all about playing a schoolyard brat and doing your best to bully other players in the way only a bunch of little kids with lollipops can manage. It vanished, unfortunately, but there's some serious unexpected necromancy at work, and now the original creators are back and trying to revive it with their SiSSYFiGHT 2000 Returns Kickstarter project! The game is going to be entirely recoded in HTML5 instead of its native Shockwave, and will feature new art and player customisations on top of the quirky gameplay you know and love. Sound good? Then check it out, you sissy! 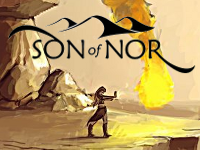 Awwwww Yeah, Environmental Warfare Remember when we talked about upcoming indie RPG Son of Nor? Of course you do, because you absorb and cherish every word I dribble at you! Well, now's your chance to (almost!) get your hands on it with the newly launched Kickstarter. The game isn't out until next year on PC, Mac, and Linux, but developers are seeking funds to help finish it up. If you love the idea of shaping the land to your will and drowning your foes under a crush of sand, this is the game that will have you sighing dreamily while shooting it coy, flirtatious glances. Make sure to check it out! 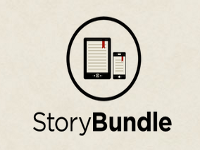 Read a Book! The Story Bundle is a site where you can periodically pick up themed batches of eBooks on the cheap, and if you're interested in videogames beyond a sometimes hobby, their newest bundle might be right up your alley. There are ten books this time, all focusing on games and the culture surrounding them, from movies, to violence, indie, and more. There's no minimum, but $10.00USD gets you the three bonus books, and if you'd love to explore the history and meaning surrounding games, this should be a no-brainer to pick up! 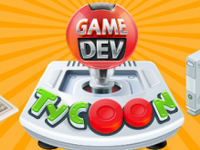 Yarrrr, That Be Some Irony Whatever your personal feelings about piracy, it's hard not to be amused at the events unfolding around Greenheart Games' Game Dev Tycoon, which was recently released both legally online... and as a "cracked" torrent. The catch? The torrent was released by the developers themselves, who had coded that version to essentially become playable after a few hours by informing pirate players that their simulated company was essentially unable to make ends meet because too many people were pirating their game rather than buying it. As Indie Statik reports, the reaction has been rather comical, with players possessing these pirated copies bemoaning how their company is sinking because of pirates, and in some cases, even coming down on those simulated pirates for pirating to begin with. Creative pirate counter-measures aren't new, but because of its setting, Game Dev Tycoon has managed to present its point in a very clever and unique way... though whether this causes anyone to rethink their policies remains to be seen. 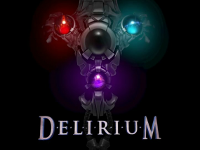 Carrot and Stick Parental Advisory: Link contains some nudity and gore. This trailer for a game called Delirium looks pretty sweet... so it's too bad it's all a cruel, cruel lie. Created by Ringling College students Edgard Ortega, Connor McCampbell and Gudjon Larusson as part of their thesis, it showcases a beautiful and surreal yet nightmarish concept for a game about being trapped within the twisted landscape of your own mind. Presumably the actual game would theoretically involve more than running around naked admiring the landscape while you Kurt Wagnered your way around, but still. Impressive. The design is stunning and impressive... and hey, you never know. It worked for Swimming Anime.

Re: Game Dev Tycoon...
While I applaud the creative tactics, not only is the whole point obviously going over the target's heads to begin with, but is likely to backfire much like similar efforts, as the game gets word-of-mouth advertising as being buggy, unplayable, and not worth actually buying by those same pirates. :-/

Actually, Game Dev Tycoon's rather clever play on piracy may also be backfiring because as attention has been drawn to the game, many have noticed its strong similarity to Kairosoft's Game Dev Story. In fact the game looks so similar that when my friend pointed out the piracy story to me, he didn't realize that it wasn't a Kairosoft game.

Granted, there is no reason that the first creators of a game genre deserve to possess it exclusively, and Game Dev Tycoon's creators have acknowledged that they were inspired by Kairosoft's game, but still one gets the feeling that they could have tried harder to make their game more obviously different. And in that situation, their otherwise justified complaints about piracy may seem a bit hypocritical.

With every one of these you write, Dora, your comment make me want to marry you even more. I lost it at the Free! reference.