So I was putting together this week's Link Dump Friday and I couldn't help but think... games have come a long way since Joust. Not that there was anything wrong with Joust. Joust was amazing. But from such simple beginnings we've since taken the notion of video games beyond boop-beep-insert-coin entertainment. Now we have games that marry space-opera RPG drama with traditional side-scrolling shooters, games about vast, sprawling interdimensional mysteries, and Ghost Trick. So as you scroll through this list of first-person horror, robot babes, and something horrible probably being about to happen to cats, remember that this is your future, and it's as wonderful as it is strange and horrifying at times. 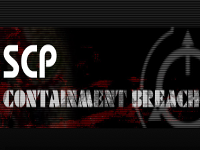 Don't Blink If you've never heard of the SCP Foundation and you're at all into horror, well, prepare to lose an afternoon. The community-driven Wikia chronicles the fictional anomalies encountered and contained by a secret organization, ranging from an ordinary toaster to the thoroughly creepy 173... which, incidentally, will be pursuing you in the upcoming free survival horror first-person adventure SCP - Containment Breach. You'll be put in the shoes of a lowly D-class worker who becomes trapped in the nightmarish facility when the lights go down and the monsters escape, and finding a way out alive, while potentially rescuing others and uncovering the truth, seems impossible. The catch? 173 moves like lightning when nothing's looking at it... which makes the game's built-in necessity to blink a challenge. Look for SCP - Containment Breach when it hits this Halloween. 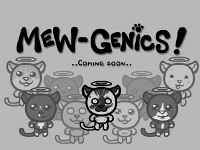 Probably Gonna Need All Nine of Them Lives If you love Team Meat as much as we do, then prepare to get really excited with this announcement for their newest upcoming game. Originally conceived a while ago as part of a game jam and titled "Mew-Genics!", details are sparse right now apart from promising that it will be "randomly generated, strange, and involve cats". Edmund McMillen is already calling it the strangest project he's ever worked on, which is both intriguing and alarming, considering, and promises much more details and screenshots to come. The bad news? If you were waiting for a new Super Meat Boy for PC and iOS, well, you're going to have to wait a bit longer, since that project is now on hold until Mew-Genics is released, but will eventually still see the light of day. 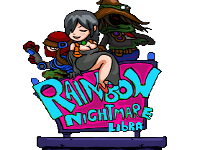 Like Saturday Morning Cartoons in a Blender Reader Jeff thought we should all know about this intriguing but slightly baffling Kickstarter project for Rainbow Nightmare: Libra, which bills itself as an "80's cartoon inspired RPG with robots, babes, war, cat girls, zombies and more". The game is the brainchild of one man, Karl Crawford, who plans to tackle the entire game virtually single-handedly, though he would like to use at least some of the requested $9,000.00USD funding to hire a second artist and put into the soundtrack. You'll want to check out the full feature list and synopsis to get the full shakedown, but with branching storylines, card collecting, class-swapping, and more, Rainbow Nightmare: Libra looks like a trippy, ambitious project to say the least, especially for one person, but with enough dedication and passion anything can happen... especially where zombie babes are concerned. (I'm not judging. I support you and all your life choices, dear reader.) 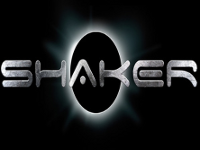 Sometimes Old-School Isn't Enough Not every Kickstarter fairy-tale has a happy ending, and fans of developer veterans Brenda Brathwaite and Tom Hal are mourning the announcement that they've decided to cancel their planned development of their proposed RPG SHAKER. Though the game still had some time left on its Kickstarter run, with only a quarter raised of the project's requested $1,000,000.00USD funding, the team has decided to pull the plug, citing a belief that their pitch wasn't strong enough to gain the traction the project needed to succeed and opting for a "mercy killing" instead... though they do mention a plan to come back with something stronger. It's a disappointment to be sure, and stands as a cautionary tale that even the most talented of people might need a bit of a perfect storm to really succeed with Kickstarter. Ultimately, we can only wish them all the best and keep our eyes peeled for more in the future from this immensely creative duo. 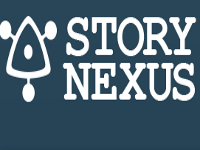 Bringing IF Into the Spotlight Interactive fiction is a genre full of immensely talented creators and fans, but it's by no means the most universally popular, or the easiest to make. StoryNexus, a free browser-based tool to let you create, share, and even potentially earn revenue from your own IF creations, aims to change all that... hopefully! It's undeniable that it takes a different sort of talent and dedication to create an immersive, well-written story that also functions as a game, and unless you're working with a specific sort of community, the general low-level of interest from gamers looking for flashier things can be disheartening. Games Industry International has an extensive article up about StoryNexus that may serve to spark your interest, however, and if you've always wanted to dip your toe into the IF pool, this may be just the ticket to get you started.

Some corrections on the SCP game:

You don't play as an agent, you play as a D-Class - disposable test subjects usually from prisons or as some form of punishment to agents who really messed up.

I wanted to check out the SCP Containment Breach page, but it has apparently been reported as an 'unsafe' site. What I love about JIG is that the content posted here is always so reputable. Should I be concerned, or is this a false alarm?

I've never had problems visiting the SCP Containment Breach site, Kevin, so I'd venture to say it's safe, unless it's been recently hacked. I visited it just now (2:48 pm EST), and it was fine.

Hi Kevin, thanks for the kudos. As for the SCP Containment Breach site, Google says it's fine:
http://www.google.com/safebrowsing/diagnostic?site=http://www.scpcbgame.com/index.html

Didn't Edmund put a video in response to if he'd make a Super Meat Boy 2?

Ha! I've been making my way through the SCP entries off and on for a few months now. I'm currently in the early 800s.