Sales, spells, sports, and... Slenderman? Uh oh. Looks like this October might be shaping up to be even creepier, but there's more than chills in this week's Link Dump Friday. 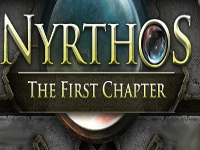 Alpha Fireballs Still Hurt It's been a while since we last looked at BeerDeer's upcoming action RPG for PC and Mac Nyrthos, and boy have they been busy! The game isn't going to be ready for a full release for quite some time, but that doesn't mean you won't get to play it soon. Starting October 31st, for the discounted price of $9.99USD you can preorder the game and get access to the Alpha and all future updates. In addition to letting you play the game sooner, it also means you'll be supporting the team and be able to give valuable feedback that could help ensure the game is the best it can be... something you should be interested in if this game is already something you've had your eye on! Check out the new Alpha teaser trailer or head on over to the official site to learn more! 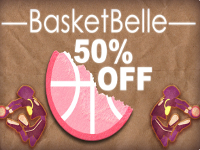 Family and Sports and Fantasy If you've been looking for an excuse to buy and play Michael Molinari's surreal basketball puzzle story BasketBelle, then wait no longer! For this week, the game is 50% at $2.49USD and worth every penny. It's the sort of dreamlike approach to storytelling you don't see often, and follows one family's relationship through the sport that they love, and focuses on experimental combat and puzzle-solving. If you love Michael's other work, consider checking this out and supporting further game development from a talented indie developer! 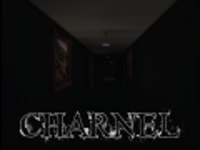 Keep the Lights On... or Off I'll be honest with you... I'm probably the last person you'd want on your side in any sort of team-based multiplayer setting. But Team Charnel's upcoming horror versus action game Charnel sounds so neat I might just make an effort to be less terrible. The game is set in an old institute where a bunch of professors have accidentally unleashed a powerful monster that's picking them off one by one, and players can choose to be either human or beast as they go against each other. The monster is stronger in the dark, so humans will want to keep light sources on, while beasts will be trying to keep them off... while both sides are trying to murder each other, naturally. It sounds like a lot of fun, though it looks to be early in its developmental stage at this point, so keep an eye on it if you're up for some team-ups with lead and scares! 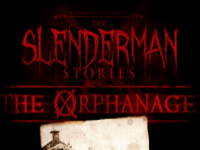 Sorry Kids, Can't Help You, Too Freaky So you've already freaked out with Slender and are geared up for the official commercial sequel, but the ol' interwebs isn't done with everyone's favourite(?) dapper unspeakable horror just yet. Currently in Alpha on Steam's Greenlight surface, Slenderman: The Orphanage is an upcoming horror adventure from ShadowShifters that promises to "explore the history of Slenderman as you creep through a seemingly deserted orphanage" while strange children appear to be trying to communicate with you. You'll use your in-game phone to hunt for clues and light the way. I don't mind telling you guys I have mixed feelings about this, since I tend to personally feel things are scarier the less you know about them, and throwing back the covers on Slenderman's mystique runs the risk of crippling that alien strangeness, but this still looks like it's going to be a deliciously spooky adventure. Keep your eyes peeled, and the lights on. 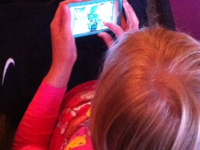 The Feels Whenever possible, I like to include something in these articles that isn't strictly casual gaming related, but should still make you think or get excited a bit about something you do for funsies. Gaming Her Brain, in that vein, is an article written by Mike Schiller about how games both provided early warning signs that his young daughter had tourettes, and eventually provided her with a measure of relief. Rather than "movie tourettes" with profanity, Mike's young daughter endures many severe physical ticks, one of the worst of which is a deep, wracking cough that keeps her up all night... and he talks about how games like Minecraft have made an enormous difference in her coping and her quality of life. It's a great read for anyone who wants a bit of perspective on how what a hobby for them might be something entirely more important for someone else. 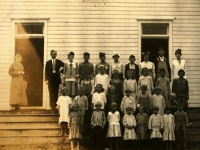 Kickstarter and the Problem With "Remember When" Rock Paper Shotgun's John Walker would like you to take a minute and think about it before you crowdfund the next game that starts talking to you about the good ol' days. Kicking it Old School: The Perils of Kickstarter Nostalgia points out that while Kickstarter and crowdfunding in general for games is getting more and more popular, what isn't is innovation. Many of the games that you encounter may sound great, and will probably be well made, but so many of them talk about "retro" or "classic" or "the style of RPG/RTS/balogna sandwich you loved growing up" that it's rare to see a gaming project proclaiming to try anything new and revolutionary... and even rarer to see it perform even half as well as the projects appealing to your childhood or the good ol' days. Mr Walker has some good points to make, and while he definitely isn't saying all such games are bad, and with more and more developers emerging to ask for the money to make video games, it pays to consider the type of development you may be encouraging... and the type you aren't.

Shadowshifter here, dev of The Slenderman Stories: The Orphanage... thanks for the review shout!