But soft! What light through yonder window breaks? 'Tis the work week, and we are so over that noise you have no idea, which I guess makes the weekend the sun! We had a week chock full of awesome games, but there are even more new ones on the horizon. Isn't it exciting? It's like being an explorer, only without having to get off your butt and deal with mutiny or jungle parasites or getting your face melted off by ancient artifacts! Hooray! 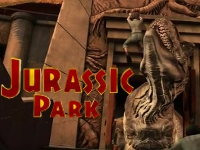 Release Approaching! Reedle-dee-dee-dee, reedle-dee-dee-dee, reedle-deeeeeeee! Well, that's how I've always sung it anyway, and with the upcoming release of Tell Tale Games' new dinosaurrific episodic adventure game, aspiring Velociwranglers everywhere are gearing up! The game goes live November 15th (on PC, Mac, iPad, XBOX, and PS3!), and promises to answer questions and pick up plot threads the original movie left off, so players looking for a canonical continuation of their favourite dino-movie will find a lot to like here. Currently, you can only pre-order the Deluxe Edition as standard pricing isn't yet available. Anyone else also waiting for their chance to eventually hang out with Grimes... ? 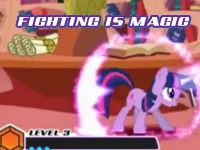 Preview Alert! If you aren't already on the Pony bandwagon, well, I can't help you. The rest of you bronies will be glad to know that everyone's favourite over-organised unicorn, Twilight Sparkle, has finally made her gameplay video debut for the upcoming fighting game based on the incredibly popular cartoon. While it's still a long ways from being ready, the game has made enormous strides since its first tentative footage, and clearly Mane6, the team behind it, is hard at work to deliver an experience fans will love. Currently announced are the six main ponies, a local vs mode, and a story mode for when the game is released, and even more planned for the future. If you're a pony fan, it's like a dream come true... especially since it's going to be absolutely free! Check out more videos and information over at the official site! 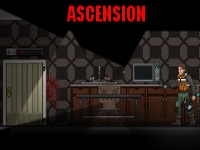 Preview Alert! Not enough scares in your life? Download and check out the demo for Magnesium Ninja Studios' upcoming survival horror 2-D sidescroller about a very unlucky fellow who wakes up inside a building teeming with all sorts of nastiness. The release date is a nebulous 2012, but giving the demo a try should give you a good idea of what to expect, and of course, everyone knows feedback is love, so make sure you take the time to send the developers your impressions and help make this game awesome. For my part, aside from the fact that the main character's hyperventilating got annoying, I did squeal a little at least once, and the game manages to create a surprisingly tense atmosphere for its chosen style and familiar concept.

I have to agree with Tenzhi. I prefer the old format of Link Dump Friday. I liked that it featured some games that weren't necessarily worth a full review, but did give me 5-10 minutes (or sometimes hours) of fun. And since I check JIG at least once a day, I don't count on Link Dump Friday to keep me appraised of what I may have missed, since I haven't.

What if you keep the Preview part (cuz I actually like that) and then also include otherwise unmentioned games like you used to?

The games you used to look forward to in Link Dump Friday haven't disappeared. They're queued up following this new LDF post, and each one with its own review/comments page.

Patience is a virtue. ;)

The old LDF ain't never coming back. Say hello to and embrace the NEW LDF, and rejoice. You will grow to love it, we promise you. JIG <3 Fridays!

I fail to see the benefit(s) of this new LDF format, too. What's the point of including a game, for example, that you can see on the same page scrolling a bit down (like Pursuit of Hat in this case)? Is it for visitors who are too lazy to scroll down a bit?

No biggie, of course, just thought I'd let you know what I think about it ;)

Games that are previewed are games that aren't releasing for quite some time, while games with release approaching are those that are coming out within the next two weeks.

AAAOIEWGJAWGIJAOIGOI I wants the MLP figher NOW! ;A;

Sometimes there are people who missed out because they are busy so they can come to this on the weekend to find recommended games.

@biolarzen: It's ok that you feel that way. Not everyone will feel as you do. :)

Games scroll off the main page quite quickly with how often we update the site these days. None of the games featured in this LDF are on the main page right now, so scrolling isn't an option.

I like this new format for LDF, since it lets me check the site only once a week if I want, but it really makes me wish that you had a front page instead of a pure blog format. A blog post reiterating the best games of the week is so clunky compared to a permanent "Editor's Choice" section on the front page, or something like that.

[That's a good point, and it's something worth considering for future changes to the site. Thanks for the feedback. :) -Jay]

I like Ascension's idea. It's a little unfair to call it a 2d version of Penumbra, because any good horror game would have to be considered a copy of Penumbra or something. But it feels like it. (in a good way)

Couldn't play much though, the inventory system is buggy. It works when it feels like it.