First of January, 2213. Citizens of the so-called "Global Union:" Your system no longer works toward defending the rights and liberties of the common man. Even as you all stood and watched, the mechanisms of power became further removed and obfuscated until there was nothing but a memory of democracy left. They took away your privacy, for fear of fake news and hate speech. They took away your wealth, for fear of inequality and privilege. They took away your freedoms, for fear of enemies created and puppeteered by the very institutions that claim to keep you safe. It is time to make a stand. If you have received this tape, you are invited to join us on the oldNet network. Look for the last four digits in today's GovNews.

Welcome to the future, where the government, affectionately naming themselves govCorp, has all but taken over. Well, almost. After your father mysteriously disappears, you decide that a cursory explanation does not satisfy you and embark on a quest for deeper knowledge into the situation. Unfortunately for you, your options are limited to a choice of one: computer hacking. After tinkering around a bit, at the direction of the red tape, you manage to find your contacts on the oldNet, a secret underground form of communication much like today's now-antiquated internet. You realize you'll have to upload your consciousness and hack into the machinery yourself.

Initially after breaking in, you see only a stream of innocuously-enough seeming numbers. After all it is a computer system, so nothing's out of place there. The game quickly turns into a cyberpunk adventure as you have to navigate puzzles to weave your path through various obstacles. They are all different but have a common thread of finding a suitable route without being destroyed in one form or the other, forcing you to start that puzzle over. 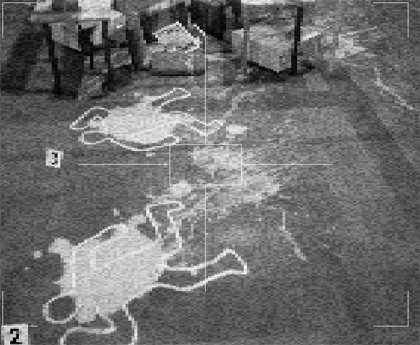 However, as you delve further into the stream of consciousness of the machinery, other things start to crop up. You end up in an unfamiliar place will billboards flashing something about "objectives." One is to manipulate the Overton window, the collection of ideas generally considered reasonable by the general population. Another speaks of protecting corporate interests. But perhaps the most important is that of eliminating dissent. How can people be good little pawns if they dare to disagree? There is also a discovery of a drone further in, with a trail of notes appearing that contain evidence. Where will this lead?

Verillious does seem to want to portray a political message on some level, but it's camouflaged cleverly through all the peripheries and sideshows and does not become overbearing in the game. There isn't really any sort of larger agenda pushed either. In a sense part of what this game does best is mixing elements of different genres and yet still having them fit together nicely: narrative and a bit of adventure along with exploration and point and click.

Controls are varied through the different stages and explained in the game, but the gist of it is as follows. Left click will bring a certain area into focus, whereas right click will allow you to step away. Arrow keys are used for navigation and mouse movement to pan the view. Later on, you'll need further keys for navigation as you interact through other means.

Katabasis is pretty smooth overall, and in my opinion, effectively renders its message as a standalone piece without a lot of auxiliary explanation. There is some room for improvement in the mechanics, however, and it may not be everyone's cup of tea, even if you tend to enjoy puzzles and figuring things out in general. Several of the puzzles are more difficult than they first appear and, at least for me, took many tries to successfully pass, entailing more memorization than logic. I did find this slightly annoying at the time. Also, in the drone part of the game, proceeding requires a precise sequence of moving that almost feels like glitching out the game and can be a bit frustrating to get right. Some of the controls are shown only initially, then disappear, making it problematic if you don't remember them. There is also no save in the game, so you'll need to complete your progress in one sitting or start over another time. Should you try it, though, it is definitely worthwhile to go through to the ending.

Won't run. I get the splash screen, and then a hella-laggy dark room, which I can kind of move around. I can zoom in on a screen and a tape player, but the lag is so bad that I can't seem to do anything.

Hello, did you try to remove, download again and install again?