Bundles of Bundles: The Indie Bundling

As you've no doubt noticed, indie game bundles are the new "it" thing, sort of like the modern equivalent of slap bracelets or the musical stylings of Harvey Danger. How long this trend will last we're not sure, but in the meantime, everyone with a bunch of string and connections in the indie gaming market are gathering games together for new and exciting bundles. Here's a look at a few of the big bundles currently running. 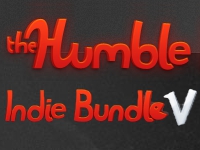 Humble Indie Bundle - The first bundle that really got everyone's attention, it can be argued that the latest Humble Indie Bundle is neither humble nor indie. Not that that's a bad thing (or even a quantifiable thing). Games include Amnesia: The Dark Descent, Psychonauts, LIMBO and Superbrothers: Sword & Sworcery EP along with soundtracks for each. If you pay more than the going average, you also get the indie RPG Bastion. As always, the HiB features a mix of Mac, Windows and Linux platforms with a pay-what-you-want model. Your "donation" can go towards a few different charities or the devs themselves. Bundle ends June 13th. 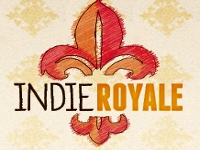 Indie Royale Bundle - The Indie Royale Graduation Bundle packs together some very interesting choices for indie games, many of which haven't appeared in bundles or major sales. Games featured include The Void, Dead Pixels, The Ship, 1000 Amps, LaserCat, and two bonuses, AirMech and Ichi. Games usually come with Steam and Desura unlock codes as well as direct downloads for Windows and occasionally Mac platforms. Bundle ends on June 4th. 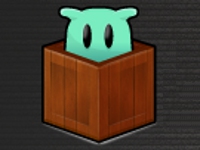 Bundle in a Box - Yep, Bundle in a Box is still going on! Debuting Jonas and Vera Kyratzes' The Sea Will Claim Everything, this adventure-themed bundle includes Gemini Rue, Ben There, Dan That!, Time Gentlemen, Please!, 1893: A World's Fair Mystery, and if you pay more than the going average, Metal Dead and The Shivah. A few bonus soundtracks and booklets are also included, along with direct downloads and unlock keys for Steam and Desura. This bundle also ends on June 4th. 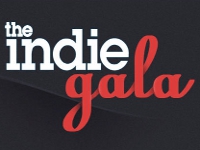 The Indie Gala - A huge bundle that includes a dozen games, most of which are new to the bundle scene. The Indie Gala follows a slightly different model than the other bundles, allowing you to choose your donation and, depending on how much you pay, you unlock different groups of games. You'll need to pay more than $5.99 to get everything (including a few extras), but that's still a tiny price for so many titles, and chunks of the proceeds are donated to charities. Games include Beat Hazard, Battle Mages, Puzzle Kingdoms, and Space Empires 4 Deluxe. The Indie Gala ends June 9th.

Yo dawg, we heard you like bundles so we put a bundle in you've heard this joke a thousand times so I'm going to shut up now.

We'll pretend this is an alternate image for the article:
http://i.imgur.com/E3mzw.jpg

Is JIG ever going to do contests again with bundles as a potential prize? Or any game as the prize really. Actually, the prizes don't really matter, I just miss the contests (plus I've already bought two of these bundles. I don't need more games right now!).

Yes, of course. In fact, I think we've had a contest in every link dump Friday for the past several weeks. You never know where something is going to turn up. ;)

Wait, really? I need to read those things more carefully. I was expecting something more like something with its own entry that's tagged as a contest, but if that's the case...

Man, people need to get over to Bundle in a Box and buy it! I know the Humble Bundle is flashier and has Psychonauts, but Bundle in a Box really needs more attention. It features the debut of The Sea Will Claim Everything, which is an absolutely fantastic adventure game.

Do it people. The hypnotoad commands it! ALL HAIL THE HYPNOTOAD!

Too late I bought the bundle cause it had Limbo and Amnesia in it, by the way who's Hypnotoad, so many people spammed that into Slicer 2 on Kongregate.

@Ax re: bundle in a box: Not to mention Gemini Rue and 1893, both games worthy of attention. And the current minimum is 99 cents. Freaking less than a dollar fry at Burger King. Just sayin'.

I was very excited about this because I wanted Superbrothers for my iPod but it's too old...so I'm trying to play the Mac version, but there seems to be no tutorial. Basics don't seem to work arrow keys and WASD do nothing--how do I even get moving? Clicking on my character or the dog does nothing. Wish we could get a separate review of the computer-based version so we could have a walkthrough!