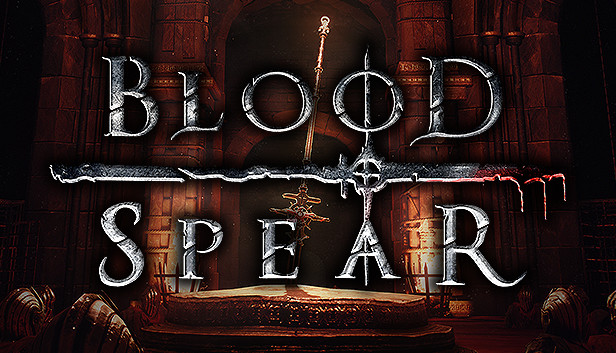 This short game (almost feels like a demo of an AAA game) has many similarities to the Souls series from FromSoftware. One major distinction is that, while you mostly use melee weapons in the Dark Souls series and its spinoffs, in this game, you will use a ranged weapon from the get-go in the form of Blood Spear. 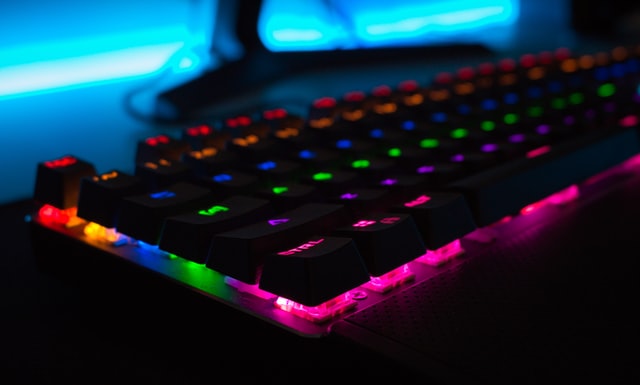 Welcome to the Blood Spear walkthrough!

This short game (almost feels like a demo of an AAA game) has many similarities to the Souls series from FromSoftware. One major distinction is that, while you mostly use melee weapons in the Dark Souls series and its spinoffs, in this game, you will use a ranged weapon from the get-go in the form of Blood Spear.

Are you ready to slay some monsters and draw their blood?

Prologue
You'll play as the Blood Spear that possesses a knight from a distant kingdom. You can kill all or some of the other knights to restore your health. If you're using an Xbox controller, aim with LB or LT, shoot your spear with RT, shatter your spear with RB, absorb blood with X, and dash with B. Once you're done, proceed to the next location. This time, you'll run into a spirit knight. Talk to him if you want.

Before we proceed, notice that your health is gradually decreasing until it hits a certain threshold. While it means it's virtually impossible to have full health, it won't kill you. Additionally, if your character dies from battle, you can possess a nearby spirit knight as a replacement. Lastly, you can break through blocking barrels either with the shatter spear or dash.

Climb the stairs to encounter your first real enemy. Don't panic. Remember that you can throw your spear. Pressing the dash button will let you do an evasive maneuver. Holding it lets you run. Walk further, and you should see an entrance with a spherical creature above it.

Kill the creature and walk through the entrance.

Empyrean Mausoleum
The Bridge
Once you're outside, walk to the glowing symbol to view a tutorial on how to do a charged spear attack (hold the shoot button). Afterward, head onto the bridge. Kill the archer with your charged attack. Walk forward. Once you encounter blue mushrooms, throw your spear and shatter it to amplify the damage. Head further and down to the wooden structure.

Kill and absorb the blood of enemies along the way.

On your way out of the wooden structure, you'll see a shielded enemy. Break the shield with the charged spear attack and then shatter the spear. Once you're on the broken bridge again, you'll face a bunch of enemies. If any of them gets too close, shatter your spear to kill them, or at least break their balance if they're not close enough. Otherwise, perform dash evasively.

After you're done slaying them, open the giant door leading to the mausoleum.

Inside the Mausoleum
Inside the mausoleum, kill all of the six spherical creatures on the wall and absorb their blood. If the creature shoots at you, you can throw your spear to deflect the bullets. Walk down the hallway to enter a large room. Head to the room on the left. Kill the creature spawning the spherical monster.

Next, head upstairs to a long hallway. Read the glowing symbol on the wall. It will reveal that you can throw multiple spears toward an enemy then shatter them to inflict more damage. Do this maneuver against the large shielded enemy.

Walk down the hallway to fall through. Walk downstairs, and you'll see a horde of enemies running at you. Don't worry. Repeatedly throw your spear, even if some of them miss. You can also spam dashes to keep your distance.

After, walk further to witness the monsters performing some sort of ritual with one of the fallen knights as the sacrifice. You can ignore the, um, sacrifice if you want.

Next, head to the left doorway, and you'll see an entrance. Kill the spherical creature above it to pass through and get to the next room. Enter the small room below the stairs and kill the two enemies. Afterward, kill the shielded monster on the second floor before you head upstairs.

Once you get upstairs, you'll enter another room. Before you go up, head to the left section of the room. Beware of shielded monsters! Kill the mushroom parasites to listen to a monologue from the Blood Spear.

Afterward, go upstairs using the left stairway. Once you get upstairs, you'll notice that the entrances to the previous room are now locked. To unlock them, kill the monster above one of the entrances.

Once the area is safe, move to the upper section of the main hall inside the mausoleum. Head upstairs. Once more, you'll meet the spherical creature attached to the wall. Kill it to unlock the path to the Tomb of the First King.

Tomb of the First King
Head towards the chalice in the center of the room to battle the boss, a.k.a the king. In this battle, you have four lives: your current knight and three spirit knights inside the tomb room.

When battling the boss, first, focus on killing the monsters spawning the spherical creature. If you're low on HP, kill the bowing monsters and absorb their blood. Don't draw too much blood, or it will become redundant. Just use the blood you need.

Once you have slain all of the hostile monsters, the king will awaken. Focus on avoiding his attacks. If the king reveals his hand's palm, attack the red spot in the hand's center to temporarily halt his assault and make the boss vulnerable. Strike both of the king's eyes. Repeat this process until you defeat the king.

Once you've depleted all of his HP, the king will enter his final form. Attack the glowing white symbol on the boss's forehead while evading his assault. After you've defeated the boss, draw the king's blood. Now enter the pool of blood.

Conclusion
Congratulations, you've beaten Blood Spear! That's a lot of blood...and a lot of wading in blood. Kids, don't drink the blood of your enemies.

2,856 Views
0 Comments
chrpa— Jayisgames needs your help to continue providing quality content. Click for details Welcome to Mobile Monday! This week we have three escape games, one following the classical genre rules and two more on a simplier side. YoGreenSoft's (yogreen) angular...  ...