Being One:
Episode 3 - Dark Matter 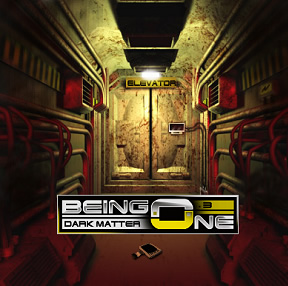 Confused about your place in life? Worried about the future? Ever wonder, what does it all mean? These are questions we might ask ourselves every day as we stumble through our drab, dreary lives. As day to day troubles pile up, we might also think, hey, it could be worse. At least we're not waking up in a mysterious lab, having to witness disgusting experiments on aliens, fighting robots and creepy vampires, and puzzling our way through yet more locked doors and discovering even more questions with no answers. Unless, of course, you're the mysterious hero from Being One: Episode 3 - Dark Matter, in which case your thoughts will be more like: "OH NO! I'm still not out of this lab?????"

Yes, Being One: Episode 3 - Dark Matter picks up right where we left off in the Being One series, still trudging through a research facility that is beginning to resemble the Pentagon in size and complexity. (Ever been in the Pentagon? Definitely don't try it without an escort. Seriously, you'll get very lost, if they don't shoot you first. Actually a lot like Being One...) Psionic brings us another chapter in the ongoing saga of a day in the life of some poor schmuck who cannot seem to escape an infernal research lab infested with lots and lots of hostile life forms that have been tortured...ahem, "humanely researched" into insanity. Fortunately, this time around, everyone appears to be off on a smoke break, leaving the place eerily empty.

Surprisingly slight even for a story being doled out in bite-sized chunks, Being One: Episode 3 is short on crazed research subjects this time around. As with the other Being One games this is a mish-mash of point-and-click adventure, hidden object, and room escape. The emphasis here is on learning more of the back story while trying to logic your way past door locks, broken machinery, and surprisingly non-password protected computers. Hey, at least no collecting blood vials this time around!

Not, perhaps, as meaty as the other installments, Episode 3 feels more like a short breather in-between sprints. A time to think rather than act. A time to reflect and perhaps begin remembering exactly who you are and why you are in this facility, while attempting to get the heck outta Dodge. An intermission, if you will, between the insanity that was 1 and 2, and whatever lies ahead in Episode 4.

Still, Episode 3 has much of what we've come to expect from the Being One games. More door locks to figure out? Check. More machinery to fiddle with, hoping to not blow up the place? Check. Annoying cell phone still telling you what to do? Check. Yet another really ticked off creature from beyond ready to rip you to shreds? Uh, why in the world did we leave that lovely, peaceful green vat again?

Play Being One: Episode 3 - Dark Matter

Being One: Episode 3 - Dark Matter Walkthrough

Yay! Someone got around to this threequel's review! :)

stuck at the fusebox? Blue goes on the bottom, red is the next one up, green right above it

Being One: Episode 3 - Dark Matter Walkthrough

Way too short. I've enjoyed all of the Being One games, but this one left me wanting more.

...and finally, I parse Being as a noun rather than a verb.

Great game, but it scared the living...well you get what I'm saying.

Was quite a bit different to the previous episodes.

It was also very linear in how often you clicked forward and couldn't go back, like a point and click adventure on rails.

Did I miss something or was this one really easy?

Yes! Finally solved without help from a walkthrough!

Why isn't grinnyp's walkthrough official yet? I used it and it works.

Very quick and easy, at least the others had you going back and searching for neccesary items (vials etc) i hope the next one is coming quickly to make up for this one

Any one got ideas as to the scoring system?

so far my best is

Not nearly as good as the other ones. A letdown, to be honest. I hope the next one lives up to the previous installments!

i love and beat all of the games but i needed more help on being one nub.2:bloodbath